Politics in India today is chock-full of celebrities, mainly Bollywood stars in a mid-life career change. But politics is serious and requires wisdom and leadership. Actors should stick to what they’re best at – acting – and leave politics to those with knowledge and expertise.

A few famous actors who stepped into politics

Everyone has a favourite movie star. From Bollywood to Hollywood, powerful acting can capture the imagination. But would you trust Salman Khan to fly an aeroplane? Or ask Tom Cruise to fix the plumbing?

Of course not. Pilots and plumbers require special skills and are trained to do a particular type of work. Actors have their own skill: acting. Shah Rukh Khan may be a great actor, but that doesn’t necessarily mean he’d make a great writer, builder, or financial consultant. So why do so many film stars think they can become a politician overnight? 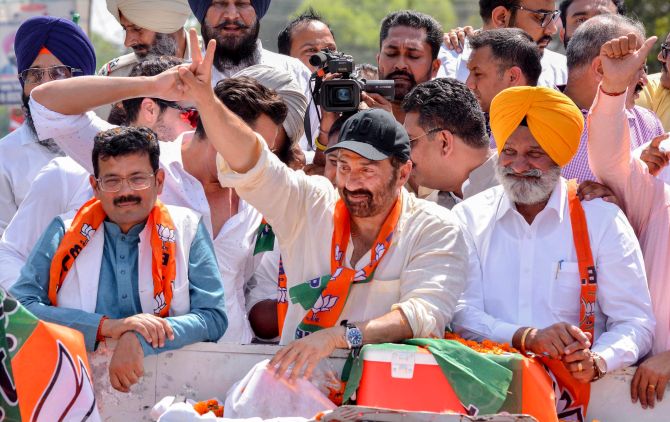 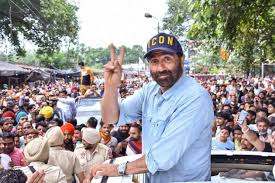 Political leadership is also a craft that requires considerable skill, knowledge, and experience. Our leaders shape the future of our country, and a good leader will have spent years working his way up, gaining first-hand experience of the political world and knowledge of society.

It’s easy for a well-known actor to enter politics and win votes, however; he already has a devoted fan base who will vote for him because of who he is, regardless of his policies. This happens in other countries too: Arnold Schwarzenegger, after a career as an action movie icon, became governor of California from 2003 – 2011. He knew about as much about politics as most actors – in other words, very little. A watchdog group named him one of the worst governors in the US due to the ethical issues that arose during his time in power, including using non-profit and campaign funds for personal benefit, and providing state jobs to under-qualified friends.

This problem is far worse in India, where some actors seem to consider political leadership as nothing more than the next step on their career ladder. While some may be motivated by the lure of power, for most a political role is the one sure way to safeguard their wealth. It’s easy to get away without paying tax as an actor, and Bollywood stars earn huge sums. With riches comes fear: the government could crack down on tax avoidance or find other reasons to claim their money at any time. To make sure this doesn’t happen, a film star needs to have very good connections with a political family – perhaps by marrying into one — or to enter the world of politics himself.

This desire to protect their assets is the motivating force that drives actors from Bollywood to Parliament. Not an overwhelming desire to make society better: it's all about selfish gain.

What Actors Have to Offer 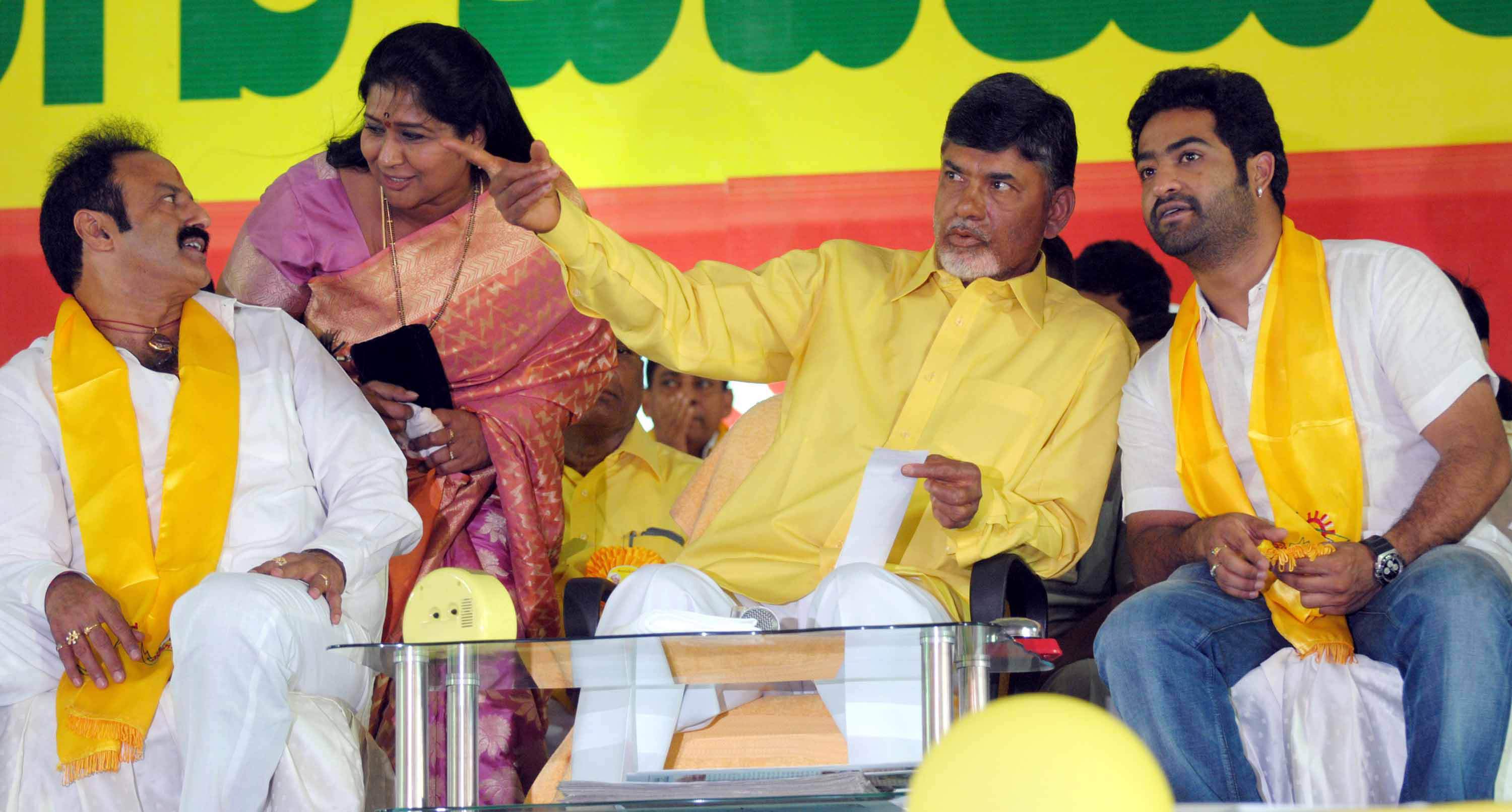 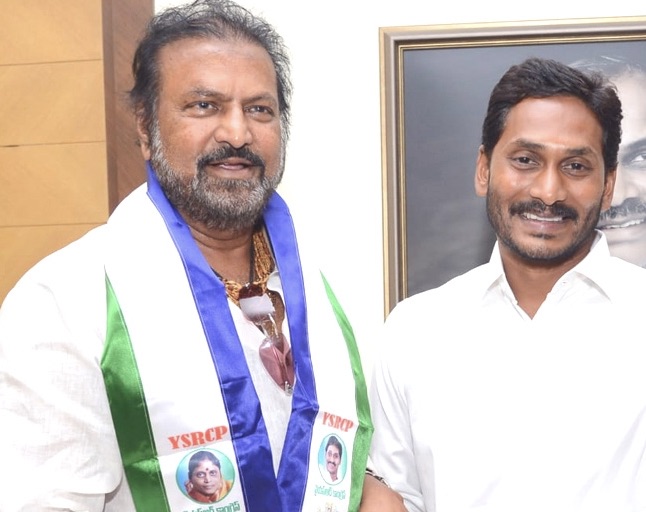 Political parties are equally keen to welcome film stars on board. They come with a ready-made fan base, and they offer the glamour and charisma that other politicians so often lack. Regular politicians must put in years of hard work on the ground to get themselves known in their constituency; for actors, all it takes is a film poster.

In addition, the support of a celebrity is a huge endorsement for any political party. If you’re a fan of Urmila Matondkar, knowing that she’s representing the Congress party might make you more likely to consider voting for them. Knowing how easily people are emotionally swayed by their favourite stars, actors are often asked to advertise consumer products on billboards and on television. When celebrities get behind political parties, it’s the same effect.

Chiranjeevi attracted a mass following thanks to his film stardom 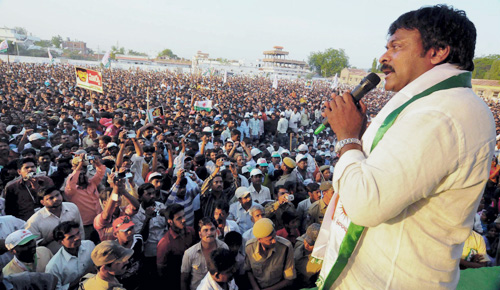 Chiranjeevi, now 65 years old, is a notable case of an actor turned politician. With a film career spanning more than three decades, he starred in more than 150 films, and made a name for himself with his talent for breakdancing.

For a period in the 90s Chrianjeevi was the highest-earning actor in India, and is described as “bigger than Bhachchan” — a reference to Amitabh Bhachchan, one of India’s greatest stars. In 2006, a poll named him as the most popular actor in the Telugu film industry. He has been garlanded with numerous awards, and even given an honorary doctorate from Andhra University.

Despite this huge success, the film world was not enough for him. In 2008 he started his own political party, Praja Rajyam, in the state of Andhra Pradesh. With no real policies to speak of, and trusting in Chiranjeevi’s fanbase for support, the new party stood in opposition to the Indian National Congress party in the run-up to the 2009 elections.

During this time he caused a huge outcry for selling off his party tickets and faced numerous accusations of corruption. In one case, Narra Vijayalakshmi, a party member, had agreed to pay him an advance of two crore (20 million rupees) for a party ticket to contest the seat for the Chevella Parliamentary Constituency. This in itself shows him to be guilty. But he went further for the sake of lining his own pockets, keeping the money and then refusing to give her the party ticket after all.

Despite such allegations the party did relatively well in the elections, winning 18 seats, and Chiranjeevi was elected a Member of the State Assembly. Then, not long afterwards, he merged Praja Rajyam with the Congress party — despite having spent the campaign rallying against them and setting himself up as their main rival.

Congress needed his help in keeping the government together during a period of unrest, as the Telangana region agitated for independence from Andhra Pradesh. Also, it’s unlikely that he offered his support for free, despite claiming that this decision was unconditional and purely altruistic, saying that he cared "only about the betterment of the poor, downtrodden and deprived sections of the society.”

Whatever his motives, it certainly helped advance his political career. Soon after, in 2012, he became the state’s Minister of Tourism. Since then, he has spoken in parliament only once, and has not attended any sessions of the Indian National Congress. He has done nothing whatsoever for tourism. 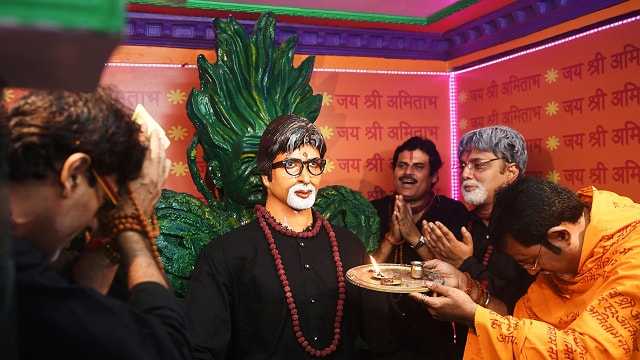 When Amitabh Bachchan, one of India’s greatest stars, was admitted to hospital with COVID-19, hundreds of thousands of fans in India prayed for his recovery. Of course, there’s nothing wrong with that. But it becomes a problem when people endanger themselves and others by doing so.

People gathered together for puja at a time when it was clear that everyone should be avoiding crowded spaces and remaining as physically distant as possible. While there’s no harm in praying, gathering together may cause a great deal of harm to the community when a highly contagious virus is around; this is simply common sense. Ordinary people are already exposed to so many risks related to the coronavirus pandemic, exacerbated by poor leadership and lack of medical facilities. Yet they voluntarily increased the risk of infection merely out of desire to pray for the health of a film star.

This kind of adulation of Bollywood stars is nothing new. Amitabh Bachchan inspires a particularly devoted following, and there are several shrines around India where he is worshipped as a god. It’s quite common for people to build shrines to their favourite screen heroes and heroines.

This being the case, it’s hardly surprising that screen stars have an easy time winning votes if they decide to enter politics. Their fans don’t care about their policies — or lack of them. Having seen the film star on screen so often, they feel they know him and can trust him. Amitabh Bachchan himself won a seat in the 1984 elections with one of the biggest victory margins in election history, with 68% of the vote. To his credit, his political career was brief and, disillusioned with politics, he resigned three years later.

Political leadership takes wisdom and years of experience. When actors take on the role, that’s exactly what they’re doing: playing a part. They may do this very well – they’re actors, after all – but there’s no substance behind it. They do not have any real knowledge of how to improve society, relieve poverty, create employment, or combat corruption.

There should be stricter controls over who is eligible to stand for office. Good politics is the way we progress, and it should not be reduced to a popularity contest.