Y.S. Jagan Mohan Reddy, Chief Minister of Andhra Pradesh since 2019, will never be satisfied with the authority that comes with his office.

Democracy doesn’t suit him: he is an autocratic leader, seeking absolute power. He is prepared to knock down a complex structure of democratic governance to get it.

Over the past two years, Jagan has extracted the teeth of the official institutions that are in place to balance the power of the Chief Minister, such as the Election Commission. He has even shown contempt for the judicial system, ridiculing the High Court. And state officials such as the Governor and the Director General of Police – who are responsible for ensuring that this doesn’t happen – have done nothing to stop him. 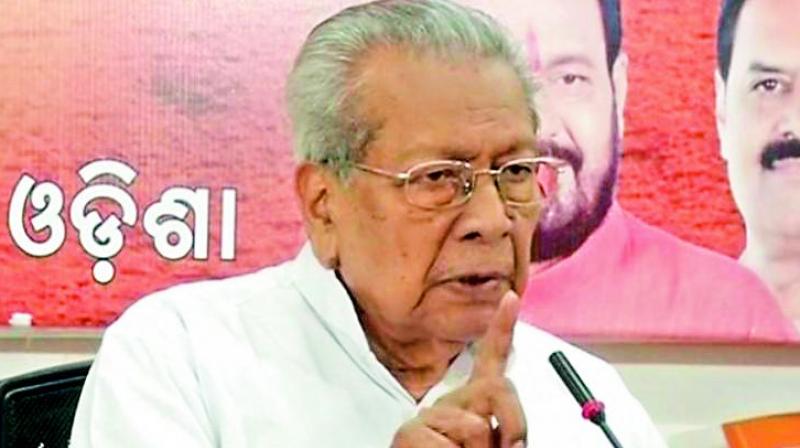 It starts at the top, with the Governor of Andhra Pradesh: Biswabhusan Harichandan. Harichandan was appointed Governor in 2019, the same year that Jagan was elected Chief Minister.

Harichandan’s predecessor as Governor, E.S.L. Narasimhan, had occupied the post for nearly a decade, acting as head of state during the difficult transition period during the bifurcation of Telangana and Andhra Pradesh.

The two men came from very different backgrounds. Narasimhan had been a police officer, and then Director of the Intelligence Bureau. He had also served as served as the Governor of Chhattisgarh for two years before his appointment to the post in Andhra Pradesh.

Harichandan, on the other hand, had a long career in politics before his appointment as Governor at the age of 85, and is one of the BJP’s most loyal supporters. He first joined the Bharatiya Jana Sangha party – the forerunner of the BJP – in 1971, and was elected as an MLA five times. A state Governor is supposed to be politically neutral. Yet Harichandan’s political sympathies are well known, and his appointment confirmed the alliance between the BJP and the YSR Congress Party.

Over the past two years, Harichandan has given his assent to Jagan’s most shocking political moves, notably the 2020 Decentralisation Bill that officially confirmed that the new Andhra Pradesh would have not one but three capitals. It was an unpopular decision, backtracking on all the work of the previous administration, and led to lengthy – and still ongoing – protests from the farmers of Amaravati who had agreed to contribute their land to develop the city. The role of the Governor is to ensure that the Chief Minister does not make such autocratic decisions; yet Harichandan has simply complied and gone along with Jagan, without even attempting to check him.

The Director General of Police

Jagan also has the full backing of the police force, under the current Director General of Police (DGP) Gowtham Sawang.

The High Court has already had reason to charge Sawang with contempt of court, when he failed to comply with the court’s orders for the promotion of a sub-inspector. During the investigation, it transpired that this was not the only court order the police had chosen to ignore.

Sawang and his police force clearly consider themselves superior to the judiciary. In this, they are simply following the Chief Minister’s example: during Jagan’s first year in power, the High Court issued over 100 court orders against state government decisions, and in October 2020 Jagan made accusations against one of the country’s most respected judges.

The High Court judge officiating in Sawang’s case noted that this has become a characteristic of officialdom in the state: " "Almost 90% of the officials in Andhra Pradesh are under the impression that they are above the law and don't need to implement the orders of the courts,” he said.

"Are you being trained in how not to honour courts and avoid implementation of court orders at Mussoorie?" he asked the DGP.

Jagan has created a political climate in which this kind of behaviour is acceptable. 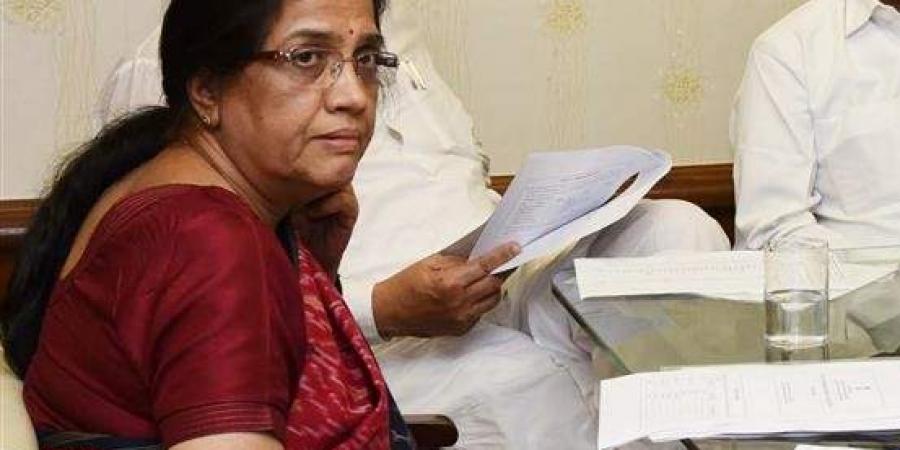 One of the clearest examples of the systemic breakdown is the appointment of the new State Election Commissioner, who succeeds N. Ramesh Kumar. Kumar and Jagan had been at odds, with Kumar standing up to Jagan and successfully challenging his demand to delay the local panchayat elections.

Kumar’s tenure as Commissioner came to an end in early 2021, however, and he was replaced by Nilam Sawhney. Sawhney can hardly be said to be politically neutral: she is the former Chief Secretary of the YSR Congress Party’s state government, and Jagan’s principal advisor.

No one with such close ties to the ruling party should be given the position of Election Commissioner, which demands absolute political neutrality. Yet Governor Harichandan approved the appointment, and since 1st April 2021 Sawhney has been in charge of overseeing the state’s election process.

Sawhney’s appointment puts the democratic electoral system of the state at risk. The main opposition party, the Telugu Desam Party (TDP), have good reason to be concerned. Representatives of the TDP sent a memorandum to the Governor asking him to ensure free and fair elections, warning that:

“Bureaucracy in Andhra Pradesh has been taken over by the YSRCP, to the extent that the officials in State are blatantly violating all service rules and are openly towing the ruling party line.”

Urgent need for a strong Governor

The democratic system of state governance has been constructed to ensure that one party does not hold absolute power, and that everyone – even the Chief Minister – remains accountable. The position of Governor as official head of state is an essential one in times like these. Yet the current Governor has shown himself to be a figurehead lacking the strength to uphold the law.

As a result, Jagan has been able to ensure that those loyal to him are appointed to essential positions such as Electoral Commissioner and DGP. Andhra Pradesh’s civil institutions are swiftly becoming extensions of the YSR Congress Party.