The police and the justice system are there to safeguard us. Instead, they have become abusers in the pay of corrupt and wealthy politicians.

When Raghu Rama Raju was arrested for speaking out against Jagan Mohan Reddy, the Chief Minister of Andhra Pradesh, and calling for his bail to be revoked, he became the victim of revenge politics.

The two men are members of the same party, the YSR Congress, but Mr Raju has always refused to toe the party line. He speaks the truth as he sees it: whether or not he is in the right should be left to a court of justice to decide. In a democracy, dissent and debate are welcome, provided no one is actually inciting others to violence through means of hate speech.

Yet in Andhra Pradesh – and elsewhere in India – speaking out is dangerous. Rama Raghu Raju’s criticism of the state government is a long way from hate speech that incites communal violence; he did not say anything against a particular group. Instead, he accused Jagan Mohan Reddy of breaking the conditions of his bail. Whether or not this claim is true, it merits a fair investigation – not arrest and torture.

Reading the reports of the case in the media, the overall impression is that Raju is guilty of “a campaign against the state government,” and that this justifies his arrest. Like the police, the media is also in the pay of the rich and powerful. And, in Andhra Pradesh, no one is richer and more powerful than the Chief Minister.

Mr Raju is not guilty of hate speech. He is certainly guilty of criticising the policies of his own party, the YSR Congress, and the actions of Jagan Mohan Reddy himself. But criticism is no crime.

And no one – even a murderer who is clearly guilty – should be abused in police custody. “Custody” means “protective care”. Yet Mr Raju, while in the custody of the police, was tortured; the injuries on his feet and legs that left him in a wheelchair are clear proof. For others, without Raju’s political power and financial resources, it is often even worse. The police are not our protectors. They are not held accountable for their actions. We fear them – with good reason.

Five deaths in custody every day

Article 21 of the Indian Constitution states: “No person shall be deprived of his life or personal liberty except according to a procedure established by law.”

When the police take matters into their own hands, either out of personal aggression or on the orders of their political superiors, they contravene the Constitution, as well as basic human rights. Yet it happens every day. The National Campaign Against Torture (NCAT), a consortium of Indian NGOs, found that an average of five people per day died in custody in 2019, and that deaths in police custody are primarily the result of torture.

The practice of torturing people in police custody – as punishment, to obtain evidence, or to extract a confession – is rampant. And it is medieval, the relic of a time when power meant impunity and the powerless had no rights. It has no place in a twenty-first century democracy.

Yet the police in India are not held accountable for their actions, and hundreds of deaths – not to mentions tens of thousands of cases of torture – pass unnoticed and unpunished.

Murder at the hands of the police

Raghu Rama Raju was tortured, despite his status as a member of parliament. This status gives him a voice to speak up about what happened, and enough influence to avoid further punishment.

For others, less powerful, the consequences are far worse. According to the NCAT report, the majority of deaths in police custody are people who belong to poor or marginalised communities: Dalits or those from tribal groups, Muslims, refugees, and people at the bottom of the social ladder working as labourers, drivers, rag-pickers, or similar low-paid jobs.

In a tragically typical example, in January 2019 a 45-year-old e-rickshaw driver, Baleshwar, was tortured to death in a police post in Uttar Pradesh. His crime? He was stopped by the police, asked to pay a bribe, and refused. The police officers confiscated his rickshaw, arrested him, and proceeded to beat him so brutally that he died in hospital the same night.

Baleshwar left a wife, a son, and six daughters; he was the family’s only breadwinner. His widow filed a complaint against three police officers, and two were suspended. They were later reinstated, however, when the autopsy report could not confirm the allegation. The family was given 1 lakh rupees in compensation for Baleshwar’s death.

There are echoes of Raghu Rama Raju’s case: doctors at the government hospital would not confirm that his injuries were the result of police brutality, in the same way that medical officials carrying out the autopsy on Mr Baleshwar reported that the cause of death was unclear. Mr Raju had the money to hire the best lawyers, and the influence to ensure that he was allowed to seek a second opinion at a private hospital. For the vast majority, this is not an option.

Guard dogs of the ruling elite 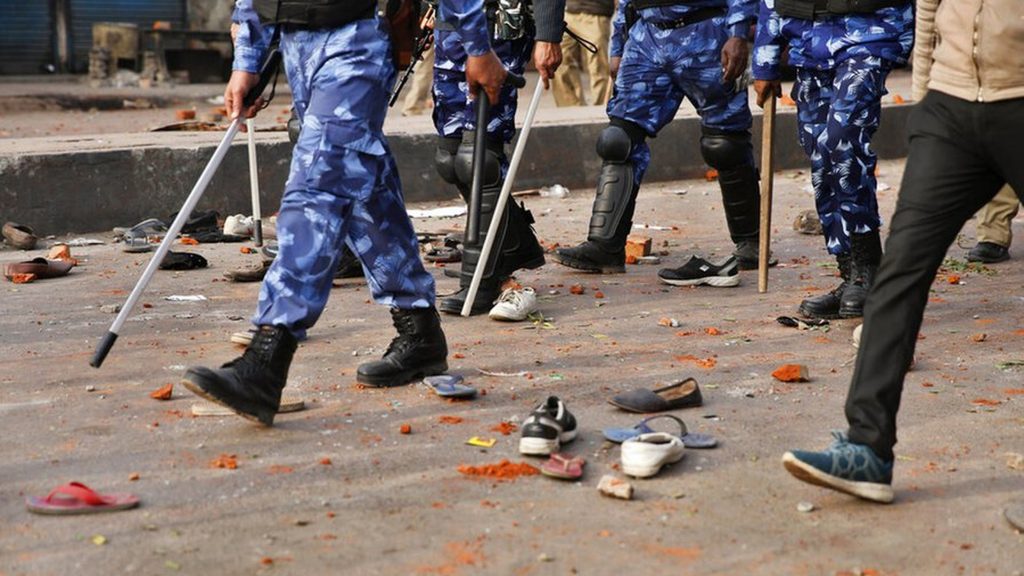 Sometimes the police are simply out for themselves, hoping for bribes or drunk on the feeling of power.

Sometimes they’re acting as the dogs of government – as in the case of Mr Raju, and others who are arrested for their political opinions. Dr K Sudhakar, the doctor who complained about the lack of PPE in hospitals last year, leading to police harassment, a violent arrest in public, and commitment to a mental institution; Varavara Rao, the 83-year-old poet and activist who defends the rights of the marginalised, imprisoned without trial for over two years; Sadaf Jafar, a prominent activist in Uttar Pradesh, arresting and tortured for participating in a peaceful protest against the Citizenship Amendment Act.

No power should be without accountability, but the police are not held accountable for their actions – even when they abuse their position and use violence against those they are entrusted to protect.

As an institution, the police force has failed. It is so corrupt that it is feared more than the criminals it should defend us from.

We must speak out against injustice at the hands of the authorities. We must call for change. We must make sure that our police are held accountable for their actions.

on this page...
Five deaths in custody every day An_Indian
Murder at the hands of the police An_Indian
Guard dogs of the ruling elite An_Indian
options
share visibility
Related articles