The dowry system was abolished in India in 1961. So why are thousands of young women dying every year in “dowry death” cases?

22-year-old Vismaya Nair’s parents received a call from hospital, telling them their daughter had been admitted in critical condition. By the time they arrived, she was dead – apparently by suicide.

Vismaya’s father had paid a dowry to her husband, Kiran Kumar, when the couple were married: a quantity of gold, an acre of land, and a second-hand Toyota Yaris. But Kiran, apparently, was unhappy with the car; the mileage was too high, and he wanted cash instead. He assaulted Vismaya in front of her family, and beat her at home. He cut off her contact with her father or brother.

After a year of marriage to this violent man, Vismaya was found dead – she may have been driven to take her own life, but he is certainly guilty.

A second woman, Archana, 24 years old, was found burned to death. Her husband’s father had demanded 3 lakh rupees as dowry several months after the couple were married, but Archana’s father did not have the money. That seemed to be the end of it – except that Suresh, her husband, used to get drunk and then abuse his wife, who became very unhappy in the marriage. The day before her death, he brought a can of diesel back to the house. He is now in police custody under suspicion of murder.

The third, Suchitra, was only 19 and recently married. Like Vismaya, she was found hanged in her own home. The story behind her death is still unclear and under investigation, but it seems likely that dowry disputes were also involved.

Three young women dead, in one state, in two days. Why are tragedies like these still everyday occurrences in India? 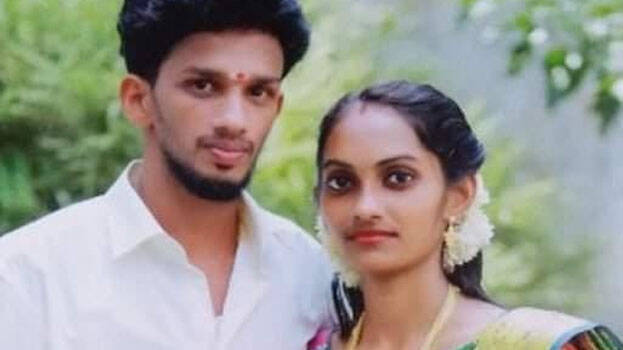 Dowry – a payment by the bride’s family to the groom’s as a condition of marriage – is part of Indian tradition, but the 1961 Dowry Prohibition Act made it illegal. Asking for a dowry is punishable by up to six months in prison. Yet, sixty years after it was abolished, the practice still continues throughout the country.

The law has changed very little, although it means that it is very hard to tell exactly how many marriages involve a dowry payment. A journalist for Vox reported anecdotally that around half of the marriages within her social circle involved dowry. And that’s within the educated middle class.

In rural areas it is still considered the norm; far from declining over time, a large-scale study showed that the practice of dowry in rural households had increased from around 30% in the 1930s to almost 100% by the end of the twentieth century. The amount paid varies dramatically depending on the region, education level, social class, skin colour, and a host of other factors – including negotiation skills – but it can be crippling for the bride’s family. In villages, for example, it’s common to ask for a minimum of 1 lakh rupees, and often three times that. If the bride’s father only earns a few hundred rupees a day, it means the family has to struggle to save from the moment a daughter is born.

At the other end of the scale, a young woman’s father may be obliged to pay several crores if he wants to secure a well-educated husband from a good family for his daughter. Kavya Sukumar writes that this “price tag”, despite being technically illegal, is discussed quite openly over coffee, and sons-in-law introduced in terms of the amount paid for them: “He works in the US. We gave my daughter 4 crores.”

The trouble with dowry 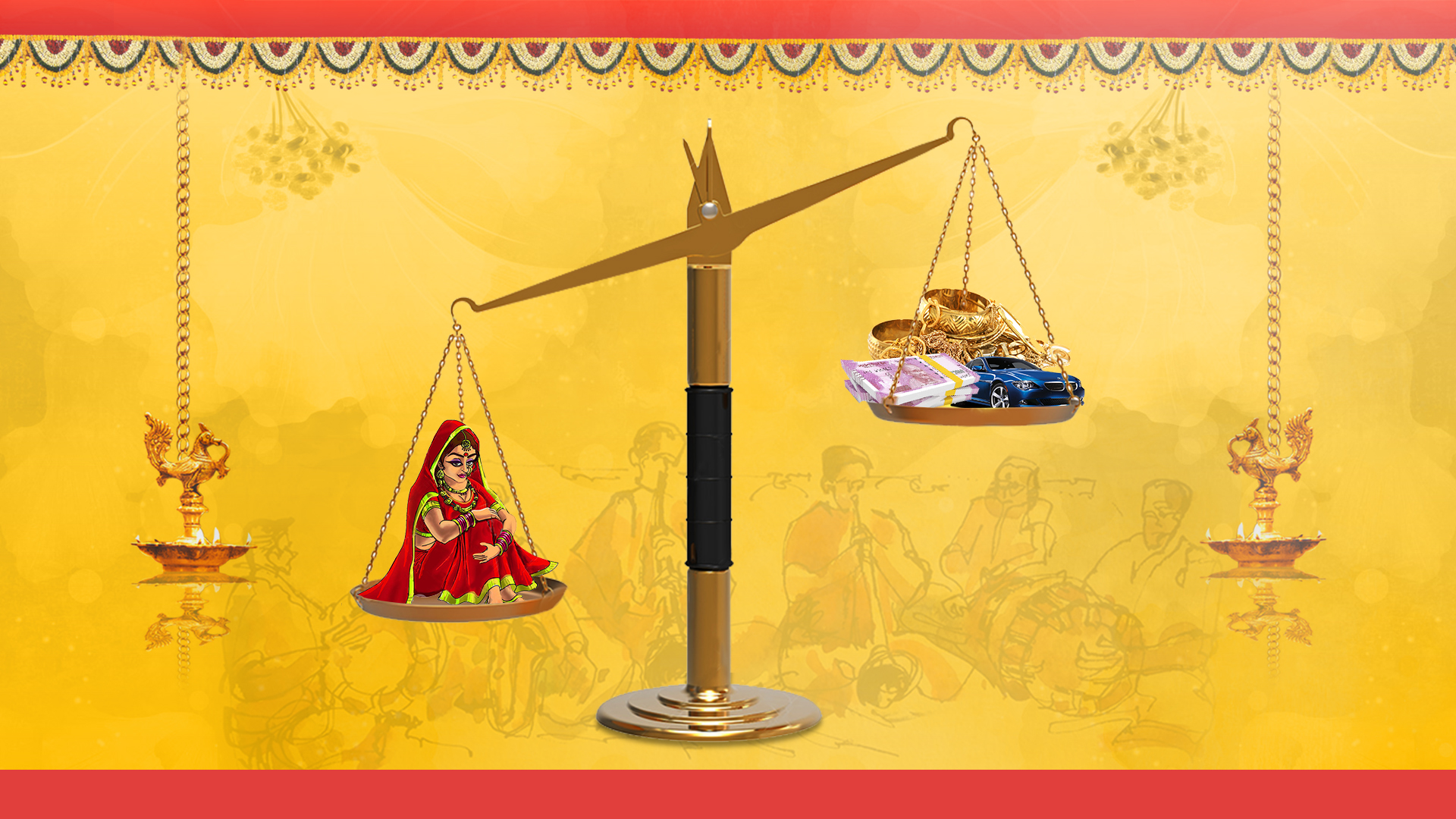 It’s not difficult to see how this causes problems. It means that boy children are seen as assets, while girls are a huge drain on the family resources. In the past, this led to female infanticide. Today, although foetus sex determination has been illegal in India since 1994, some families find a way of carrying out an abortion if they find that the baby will be a girl. As a result, India has a very unbalanced sex ratio, with 110 males born for every 100 females according to the 2020 census.

It means that daughters are treated as burdens from the moment they’re born, and expected to put all their energy into household chores in exchange for the financial cost of marrying them off. Their brothers, meanwhile, are indulged and treated like princes.

It means that it’s very hard for a woman to leave an abusive marriage. If a bride leaves her husband to return to her family, it’s both a huge loss of face and also a loss of money. It means that marriage can become a death sentence.

Part of a culture of misogyny

"Ask nicely, and I might let you use my things" - the 'Beti Bachao, Beti Padhao' campaign

Of course, dowry is just one aspect of a wider culture of patriarchy and discrimination against women. It amplifies sexist beliefs that are already prevalent.

Logically, the fact that men outnumber women should give women the advantage in finding a marriage partner. It’s simply supply and demand. But it doesn’t.

It also seems logical that the money a bride brings with her should give her some power in the marriage. It doesn’t – even though the woman is the one who “buys” a husband with her dowry.

A series of provocative public information films aired in 2016 ridiculed the absurdity of this situation. They showed a young, newly married woman at home with her in-laws. Her father-in-law wants to use the scooter, but she tells him it belongs to her, since it was part of her dowry.

“I’m the one who paid the quoted price. I gave you the scooter as part of the dowry I paid, so I own the scooter and your son. Ask nicely, and I might let you use my things.”

The reality, of course, is the exact opposite. A bride may bring a hefty dowry with her, enriching her husband and her in-laws, yet she is the one who is “sold”. A patriarchal culture means that the woman is held responsible for the family. If her husband is abusive, she must endure it and keep her suffering hidden. If his family treat her as a slave, she must act like one. Whatever happens, it’s her fault – and leaving him would be the greatest shame possible.

In part two, we look more closely at why over seven thousand Indian women are killed every year as a result of “dowry deaths.” 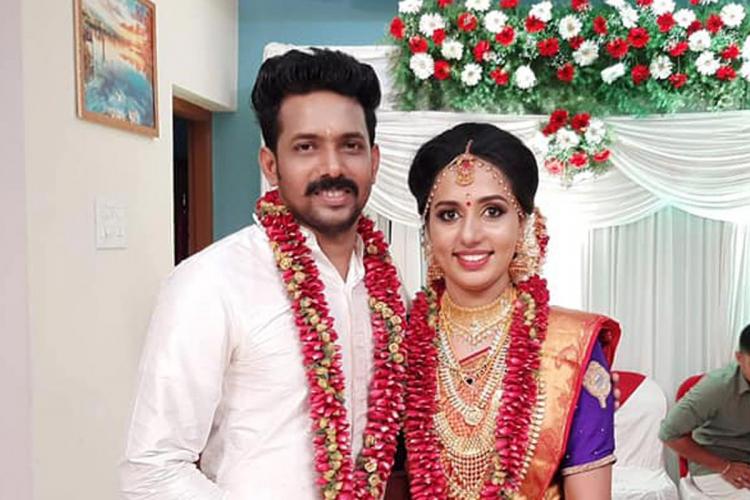 Dowry deaths: A young woman dies because her husband wanted a better car