This is the worst hunger India has faced in two decades. The “One Nation One Ration” system is not enough.

The effects of last year’s national lockdown and the ongoing economic crisis – on top of the health crisis throughout the country – have been devastating for millions. Many have lost their jobs. Others are still working but not getting paid, as employers have been unable to afford it.

It’s impossible to find clear and reliable data on just how much the pandemic has exacerbated the food crisis, but there is no doubt that it has become much worse. The testimonies of workers at ration centres are evidence enough: “This desperation for food and the long lines for rations in families with two wage earners is unprecedented,” says Aditi Dwivedi, who works with migrant communities in Delhi.

These days, some of the people standing in line to collect their rations are from middle-class, educated families. Some of them are from households where both parents work. Before the pandemic, most of them were getting by; the last year has pushed them to the brink of starvation.

One Nation, One Ration

From 31st July, people will be able to claim their ration allowance anywhere in the country

At the end of June, the Indian government changed the law to enable those with ration cards to access community kitchens anywhere in the country from 31st July, not just in their local area.

This is a huge step forward: the current legislation means that anyone living outside the area where they are registered has no access to rations, effectively excluding all migrant workers living far from their home villages. There are currently around 690 million people in India registered for rations, and this will help many of them get the food supplies that they are entitled to.

But it doesn’t solve the problem. An estimated 100 million more people who need subsidised food do not have the ration cards required to obtain it. These people will continue to go hungry. The ration card system was based on the 2011 census. At the time of the census, 67% of the population qualified for rations and were allocated ration cards. But the situation has changed drastically for many – particularly over the past year – and no additional cards have been issued.

Food transportion and distribution could become a huge challenge 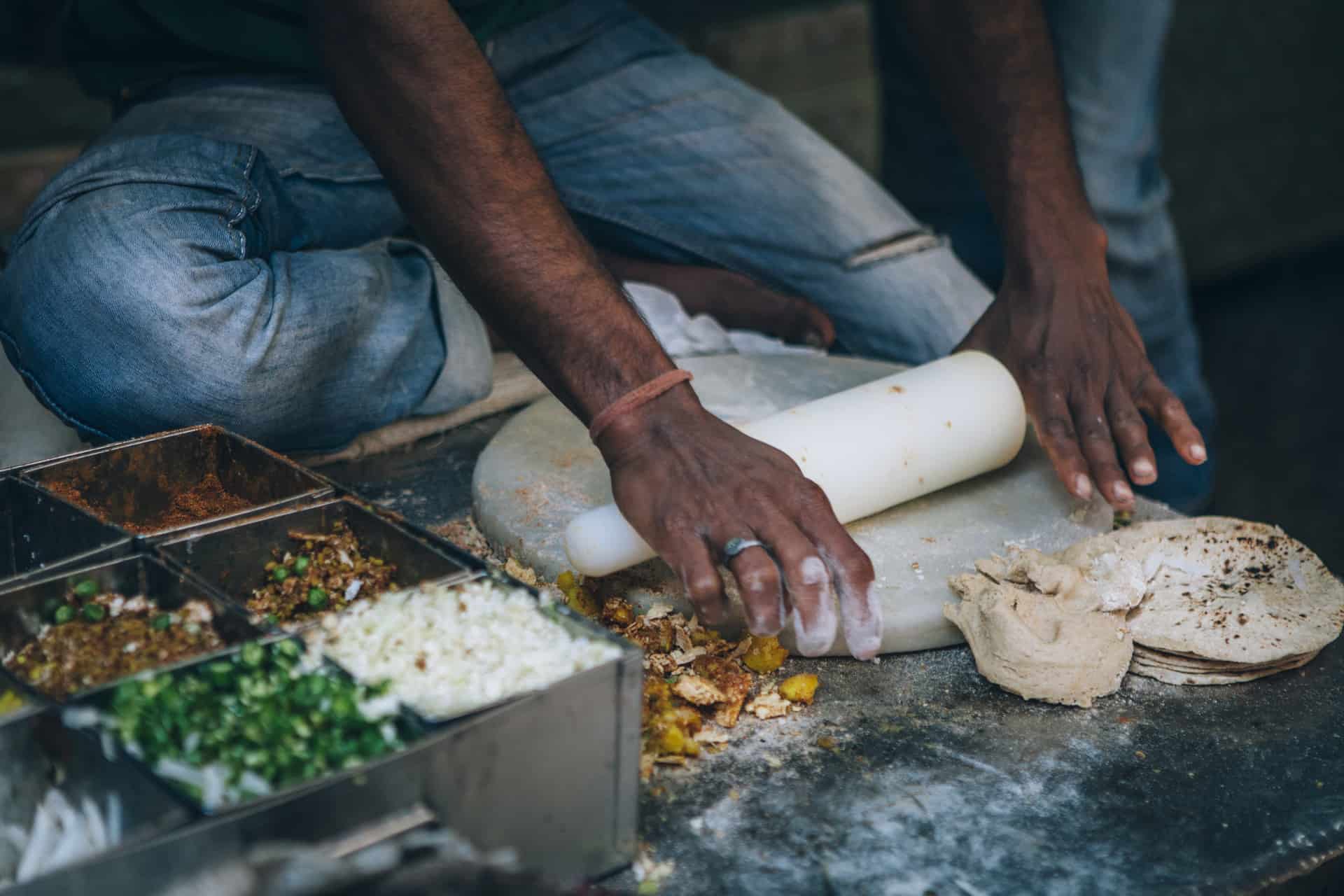 There are problems with distribution too. Given the demand for food, it’s unclear how the “One Nation One Ration” scheme will work in practice. When the Delhi government started distributing food to migrant workers after a Supreme Court order in May, they estimated that around 2 million people would apply. It turned out to be many more than they’d expected: the queues outside distribution centres lasted for hours, and there wasn’t always enough food to go round.

If that was the case in Delhi, it’s likely to be a problem in other major cities. Without some clear logistical planning, despite its good intentions the scheme may be almost impossible to implement effectively.

There have already been issues with the supply chain. Ration card holders are often unable to obtain the full quota that they’re entitled to; the shopkeepers are running out too fast, or simply refuse to sell their stock at ration prices. Milan Kumar Jha, a rickshaw puller in Mumbai, told Quartz that he had been turned away by four ration shops: “They kept telling me that it is a loss for them to give me grains,” he said.

Certain essential items, such as paraffin fuel for cooking, are no longer included in the ration scheme. For many people, that leaves them no means of cooking and boiling water. At the same time, fuel taxes continue to increase, putting the cost of petrol and diesel up and thus increasing transport costs.

With the One Nation One Ration Card scheme, the government is making an effort to help migrant workers and prevent starvation in India’s cities. But it’s not working, and it’s not enough.

No other support has been offered to the poor, despite the fact that ongoing regional lockdowns mean that many have hardly had any work over the past year and a half. People who could earn just enough to feed their families before the pandemic have been left destitute.

Economist Jean Drèze writes that 2021 may be even harder than 2020 for many people in India. Although the current COVID-19 restrictions are less severe than last year’s national lockdown, people are coming to the end of their savings, or already deeply in debt. State governments are struggling to fund vaccination programmes, and can do little to support the increasing numbers of people who are becoming destitute. Yet financial aid is urgently needed: the poor need to be able to access food rations, and also cash benefits, argues Drèze.

“Cash offers some valuable flexibility in a situation where people have diverse needs – some for food, others for medicine or oxygen or transport,” he writes. 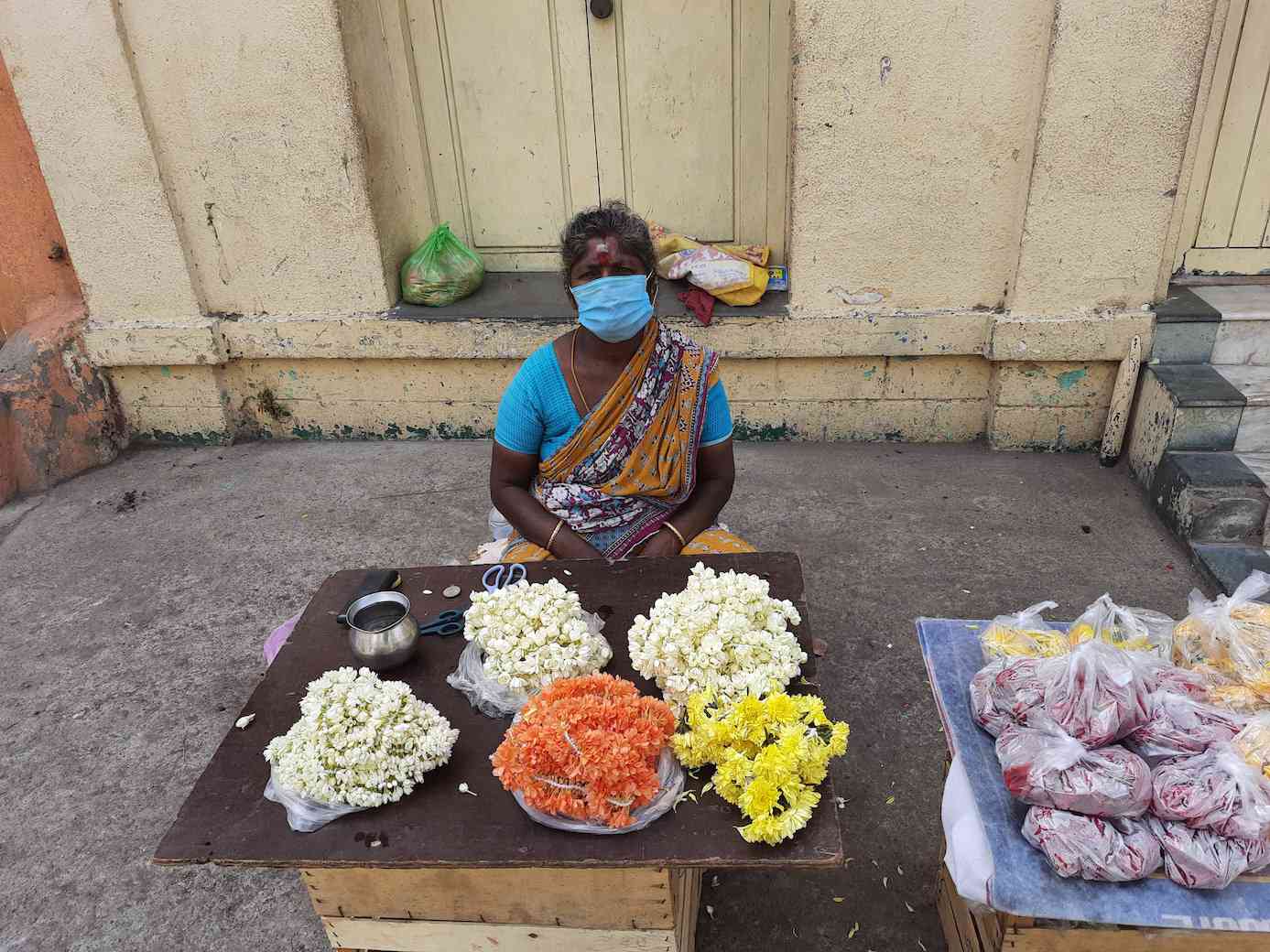 People are doing whatever they can to get by, but the current situation makes even basic survival a challenge.

Take 46-year-old Latha, who sells flowers near a temple in Chennai. According to local restrictions, all street traders must close up and go home by 10am. That leaves just a few hours when she can work every morning. On top of that, most of her business came from people on the way to the temple, buying flowers to leave as offerings – but these days the temple is closed.

This year has been harder than the last, she says. “When the lockdown came last year, I had some savings to dip into. Since then, I have depleted the little savings I had and I now run my business on borrowed money.”

And it’s not just migrant workers and people employed in the informal sector. Families who were once better off are struggling too, and in some cases find themselves forced to join the queues waiting for food hand-outs. “Last year it was mostly migrant workers, but this year we’ve been seeing people from the middle-class line up for help,” says Swaraj Shetty, who works at a food collective in Mumbai.

If the government doesn’t act quickly, and ensure that food supply chains are in place, India could find itself facing famine on an unprecedented scale.