Thousands of people lost their livelihoods in Cyclone Yaas, which hit West Bengal and Odisha in late May 2021 – the second cyclone to hit India in the space of a week.

Over a million people were evacuated from their homes, and entire towns were swamped.

It came at the peak of the second wave of COVID-19, and the region had to face a double crisis.

Extreme weather events have always been part of life on this planet. So have pandemics. But now, at the dawn of the Anthropocene Era – named because human activity is having a significant impact on ecosystems, unprecedented in history – we will have to face such crises on a far more regular basis.

The world is changing. How can we adapt and thrive in this new environment?

Thousands of villages were flooded 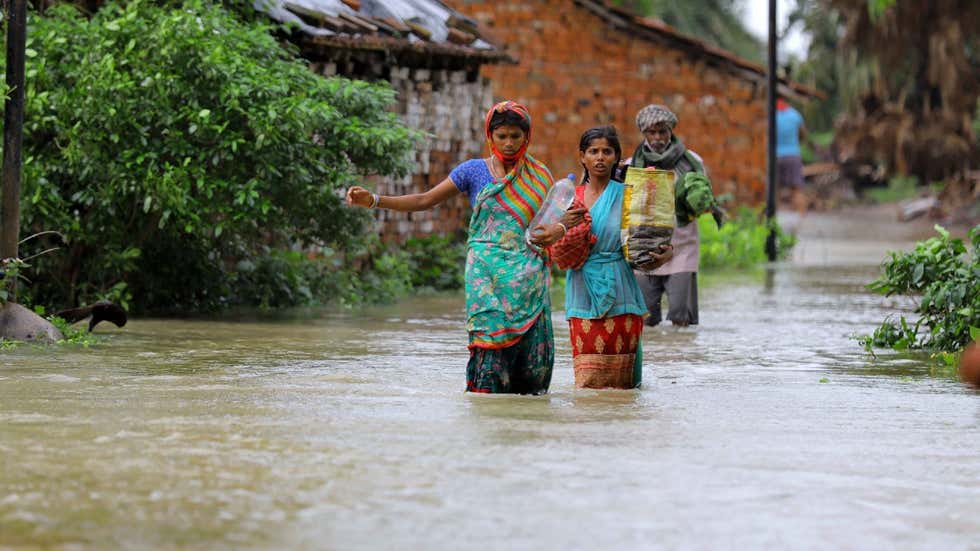 The torrential rains and gale force winds brought by Cyclone Yaas damaged huge areas of farmland along the north-east coast of the country, where many farmers already struggle to survive.

In Odisha, over 150 villages in the heart of the state’s “vegetable bowl” were submerged by floods. “Cyclone Yaas has broken our backbone,” said Ramachandra Pradhan, a vegetable grower from Rajkanika village, who said that farmers like him would need financial aid from the government if they were to recover.

It was the same story for seafood farmers, as tonnes of valuable shrimp were swept away by the floods. An entire harvest has been lost, in addition to expensive farm machinery that is now damaged beyond repair.

“I have been doing business for over three decades but have never seen such scale of devastation ever before. It was simply a disaster that swallowed our shrimp business, without giving us time to save anything. It will take at least two to three years to recover from the damage caused by Cyclone Yaas,” said Chintamoni Mondal, secretary of West Bengal Aquaculture Federation.

Many farmers had already suffered from a year of poor sales as a result of the pandemic. The devastation of the cyclone made matters even worse.

Adaptation is key to survival 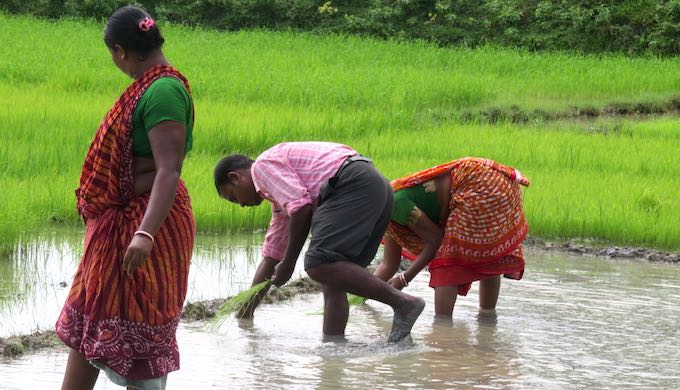 Given what we understand about climate change, it’s clear that we cannot simply turn the whole situation around. We can mitigate it as best we can, to prevent it from becoming even more destructive, and we can learn to adapt – and prepare ourselves to face a greater number of extreme climate events in the future.

There are steps that can be taken to help local communities adapt to cyclones, floods, and other natural disasters. A recent study showed that 15 districts in West Bengal – with a population of nearly 72 million people – are at risk to extreme climate events like Cyclone Yaas. The steps that are being taken there are an example of how regions can become more resilient.

Sometimes, this means changing the type of crops. Government experts have already begun working with farmers in the Sundarban region, distributing salt-tolerant rice paddy seeds that can survive flooding with sea-water, and giving advice on expanding into seafood farming and alternative crops to grow while soil health recovers.

At the same time, the farming infrastructure can be strengthened. In coastal regions, that means fortifying embankments to prevent them from being breached by flooding. Power lines can be laid underground, instead of above, to help prevent a complete loss of power during storms.

“A right combination of indigenous knowledge with new technology can help coastal communities adapt to calamities without worrying for their livelihoods,” says Ravindra S Gavali, a professor at the National Institute of Rural Development and Panchayati Raj. 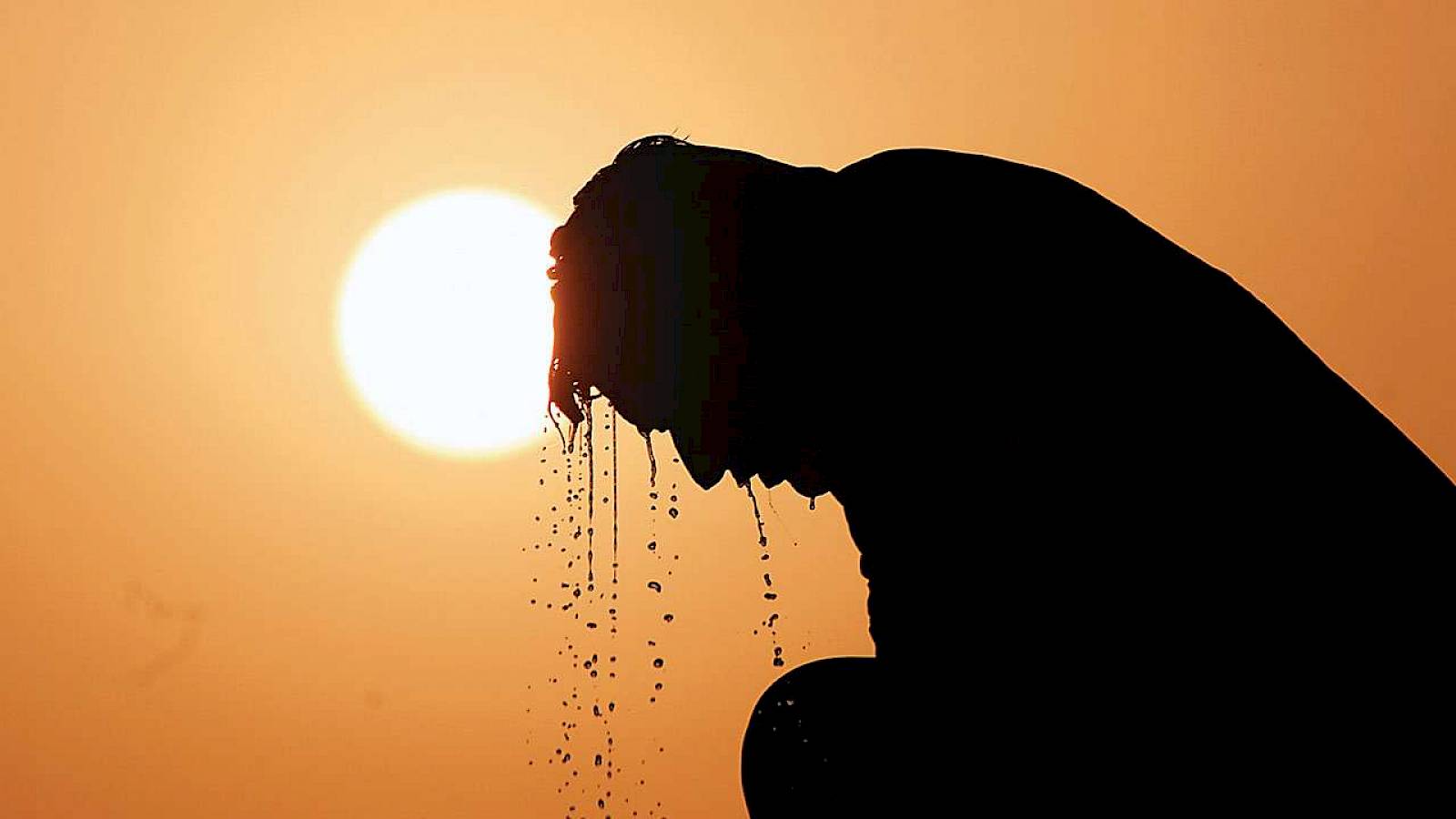 Adaptation is not just for coastal farming communities. Around the country, both rural areas and cities are thinking more deeply about how climate change is likely to impact them in the near future, and trying to adapt accordingly.

Ahmedabad is one of the hottest cities in India: in 2010 a devastating heatwave caused well over a thousand deaths, and temperatures now routines reach well over 40 degrees Celsius between April and June. In response, the city developed an action plan which has become a blueprint for how other cities worldwide can respond to the challenge of extreme heat.

First, there is a focus on raising awareness on how people can protect themselves with simple measures such as drinking enough water and staying in the shade as much as possible. Second, they have implemented an early warning system when meteorologists forecast a heatwave, and warnings are broadcast on electronic display boards as well as sent to residents through WhatsApp and text messages. Third, they have trained medical staff who are skilled in recognising the symptoms in people suffering from extreme heat, and know how to treat them. Hospitals keep a stock of ice packs and other supplies for treating heat-related issues such as dehydration.

There are also a number of small but significant changes to the way people live, such as “cool roofs”: when the roof is painted white or covered with materials that reflect energy, a house will be several degrees cooler. The city council ensures that city parks are kept open all day on hot days, and has installed water dispensers in vulnerable areas.

It doesn’t take a technological revolution. Yet this approach is saving lives every year, and has been so successful that it is now being replicated in other Indian cities vulnerable to high temperatures.

Cyclone Yaas claimed fewer lives than other similar events, and this is partly because the region was prepared for it: thousands of families were evacuated from their homes before the storm struck. It still had a huge impact on people’s livelihoods. “People didn’t die this time in the cyclone, but they might die of poverty. We lost all our means of livelihood. How can we survive this way?” said Gourhari Manna, who lives in one of the islands in Sundarban.

Adaptation is about finding a way to survive. It means that the government must be prepared to deal with climate-related disasters, and seriously reconsider whether certain areas are suitable for further urbanisation. It means strengthening the infrastructure that can offer protection against extreme weather, from embankments to hold back the tide in coastal areas to drinking water stations in hot cities. It means educating people on the small changes they can make in their own lives that might help, whether diversifying into growing different crops or changing the roof on their house.

Even if international governments act now to slow the pace of climate change, extreme weather events will not simply stop. We have to learn to live with them.