In her first speech in the Lok Sabha in 2019, Mahua Moitra warned that India was sliding towards fascism.

“If you would open your eyes, you would see that there are signs everywhere that this country is being torn apart,” she said. Today, two years later, those signs are clearer than ever.

The dynamic MP has never been afraid of speaking her mind in no uncertain terms. And in doing so, she speaks the minds of millions of Indians who are equally concerned about the state of the nation under Narendra Modi’s government.

A new voice from West Bengal

Mahua Moitra, now a leading light in the All India Trinamool Congress (TMC), is one of Narendra Modi’s fiercest critics. At only 46 years old, she has already made her mark on Indian politics, and has revived hopes for a return to a governance based on secularism and personal integrity.

Her trademark oversized sunglasses and elegant saris make her an instantly recognisable figure, and in less than two years she has become one of India’s most popular politicians. As she herself understands it, this popularity is due to the way she puts the concerns of millions of other Indians into words. People have a sense that something is deeply wrong with India today, even if they can’t articulate their thoughts – and Moitra reassures them that they’re right to be worried, and that they’re not alone.

She was educated in mathematics and economics in the US, and started her career as an investment banker in London and New York. Her true calling, however, was politics, and she returned to India to join the Congress party in 2008. Two years later she changed her allegiance to the TMC, on the grounds that Congress did not have a strong enough presence on the ground in West Bengal.

In less than a decade, she had risen to the highest ranks of the TMC, as the party’s spokesperson and general secretary.

Moitra has become famous for her impassioned speeches in parliament 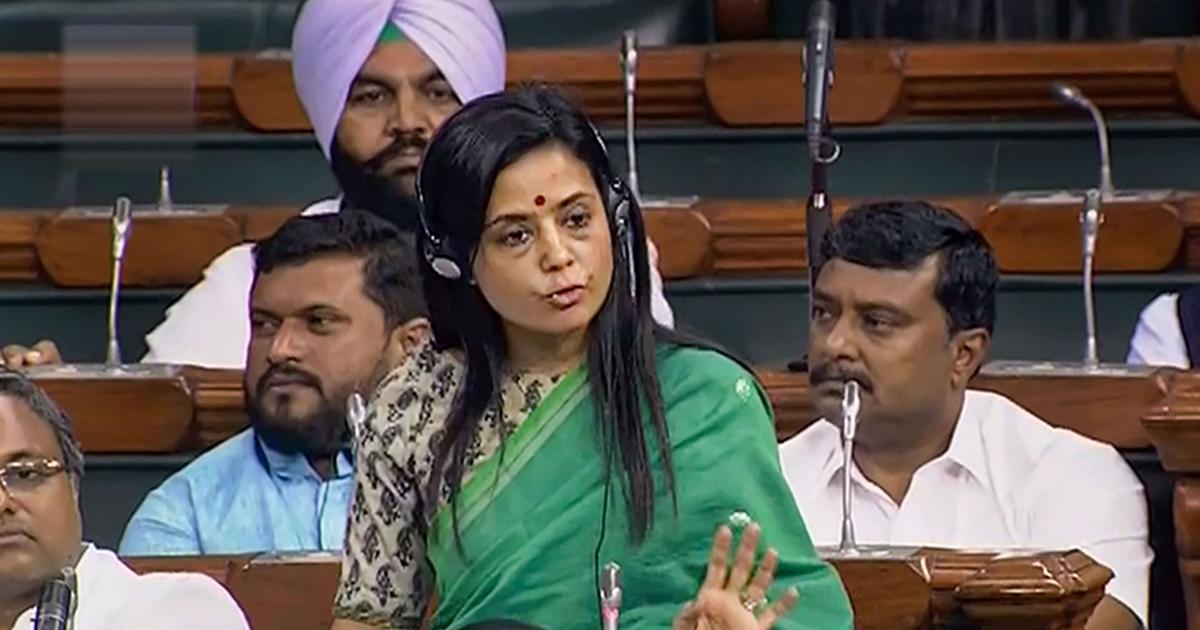 In her maiden speech in the Lok Sabha, Mahua Moitra strongly denounced the increasingly Hindu nationalist stance of the BJP, with particular focus on the National Register of Citizens in Assam which requires residents of the state to provide documents to prove their citizenship.

Since then, her fiery speeches have won her a reputation as a defender of democratic integrity. “As a government, you lack humility,” she told the ruling party in early 2020. She reminded the BJP that they did not speak for all of India: the majority vote that won them the election still only represented 37% of the Indian electorate. Moreover, the party’s actions had betrayed these voters by failing to follow through on their commitment to transparency, good governance, and economic growth.

Even more seriously, she continued, the government had betrayed the founding principles of independent India — particularly the right to peaceful protest and non-violent dissent. Her words came as a powerful warning:

“Three things: a majoritarian government, a subservient media, and a pliant judiciary. Any one alone cannot destroy a nation as we know it. But a combination of all three can prove deadly.”

A strong voice for women

Moitra is also a strong defender of women’s rights, and unafraid to call out the Prime Minister when he is guilty of sexist behaviour. During the election campaign in West Bengal, Modi made fun of CM Mamata Banerjee – popularly known as “didi”, meaning elder sister – with the refrain “Didiii, oh didi!” in a style that sounded like a man catcalling a woman in the street. It was wholly inappropriate in political debate, and a way of humiliating Banerjee.

Mahua Moitra demanded higher standards of behaviour from Modi: “How is this ok? This Prime Minister is taunting a sitting Chief Minister in the cheapest, basest way”, she said in a television interview.

The PM’s tactics certainly failed to win him any votes. At the elections in West Bengal earlier this year, the TMC won a total of 213 out of 292 seats.

From March 2020, political debate focused on the handling of the Covid-19 pandemic. Since the earliest days of the coronavirus, Mahua Moitra has demonstrated a far more responsible approach than the Prime Minister.

During the first lockdown, she petitioned the Supreme Court on behalf of migrant workers, who had been largely forgotten by decision-makers, asking them to ensure that government agencies were in the position to provide migrants with assistance.

The TMC was also the only party to propose shortening the 2021 election period in West Bengal in order to minimise the spread of the virus. Yet the Election Commission, under pressure from the BJP, decided to continue with an eight-phase election held over four weeks, notwithstanding the pandemic; this is believed to have contributed to a serious rise in cases of Covid-19 in the state.

Moitra condemned this decision, lamenting the unnecessary loss of life and accusing the EC of “criminal negligence bordering on manslaughter.”

She will not be silenced

India will hear much more of Mahua Moitra 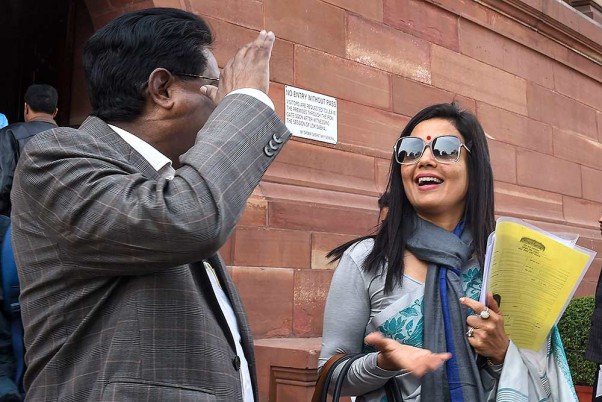 Mahua Moitra is a breath of fresh air in the political landscape, and a reminder that there is an alternative to current culture of criminal politicians and their hate-filled speeches. She offers India hope that it is still possible to speak out against the alarmingly authoritarian policies of the BJP.

Her criticism of Narendra Modi’s handling of the pandemic has won her a strong following on Twitter, where her tweets often speak to a collective grief over the slow death of Indian democracy as well as the losses of Covid. In April 2021 she voiced the fear of millions:

“Democratic freedoms - to protest, to critique, what to eat, who to love - much like oxygen, hurt only when taken away. Let’s hope an India gasping for breath realises this before it’s too late.”

Her huge popularity shows how many people agree with her.