Jagan Mohan Reddy won votes with his promise to ban alcohol. But he’s failed to follow through.

It’s an old story. A politician makes promises during the election campaign – better schools, better healthcare, better roads, you name it – and after the election it’s all forgotten.

Yet Jagan Mohan Reddy, now Chief Minister of Andhra Pradesh, has taken this form of deception to a new level. He won an election with lies, and now his broken promises are destroying the state.

First, there was his decision not to make Amaravati the new state capital, as he had agreed to do before coming to power. Now, the changes in his liquor policy show how little his word is worth – and how desperate Andhra Pradesh’s economic situation has become.

The Election Commission should not have allowed this to happen.

The most obvious example of Jagan’s dishonesty is the question of the new state capital. During the 2019 election campaign, he gave his word that he would honour the decision of the previous administration to make Amaravati the capital, continuing an ambitious development plan to transform the town into a twenty-first century city and a new global economic hub. Then, after winning the election, he announced a new plan: there would be three state capitals, and development plans for Amaravati would be abandoned.

This change left the state reeling, and led to ongoing protests that began in December 2019 and are still continuing today nearly two years later. Investors backed out of the Amaravati project, and tens of thousands of farmers who had agreed to contribute their land were left with nothing to show for it; for many, it meant a loss of their livelihoods as well as their hopes for a better future.

Jagan said one thing before the election; afterwards, he made a complete about-turn.

The reasons for prohibition 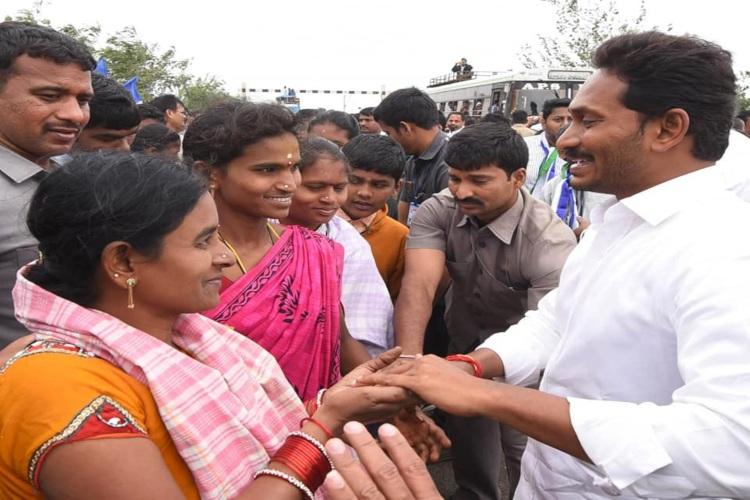 Jagan’s policy on alcohol follows the same pattern. Before the elections, in 2019, he vowed to introduce a prohibition on alcohol in the state on the grounds that it was “ruining families and destroying human relationships.”

It was clear that this was a popular step: in recent years there had been increasing activism in favour of prohibition, led by women from poorer backgrounds, mainly in rural areas. In 2017, groups of women began attacking “belt shops” – illegal alcohol outlets – in villages across the state, tired of the men in their families spending so much on alcohol and neglecting their families as a result.

“Rampant alcoholism has brought economic and social ruin to lakhs of families in rural Andhra Pradesh. Men spent their entire earnings of the day on liquor, leaving families in penury. They could not have proper food, kids dropped out of school, and had no money if they fell sick,” said Shiran Rahman, who works for an NGO that campaigns for prohibition.

As a result, many women became the main breadwinners for their families as their husbands fell deeper into alcoholism. At the same time, they became more active in civil society and made their demands clear to politicians. When Jagan travelled across the state during his 2017 padayatra, women in rural areas told him that they would vote for him if he promised to ban liquor.

It wouldn’t be the first time for Andhra Pradesh. In the 1994 elections prohibition was also a key issue, and NT Rama Rao, leader of the Telugu Desam Party, also promised a complete alcohol ban if elected. Unlike Jagan, Rama Rao followed through: prohibition was imposed from 1995 and lasted for two years.

But Rama Rao’s successor as Chief Minister, N Chandrababu Naidu, revoked the ban in 1997. Prohibition had brought problems of its own. The first was the rise in crime related to illicit alcohol manufacture, distribution and consumption; the second was the loss in tax revenue to the state. It has never been a simple question with a simple solution.

A bid to win votes 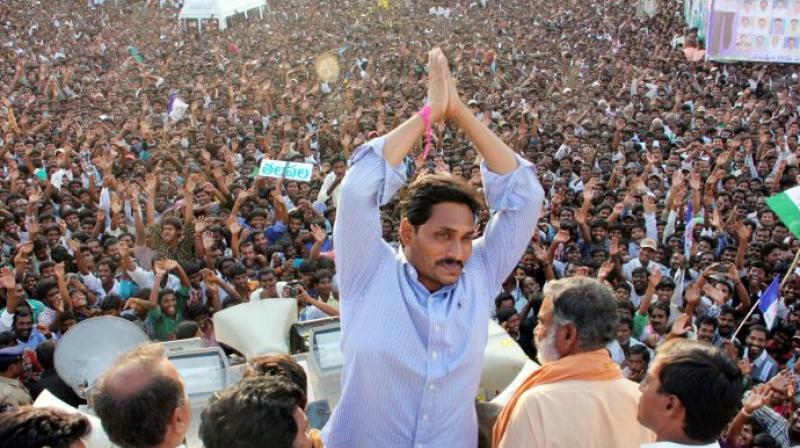 For Jagan, however, it was a very simple question: how to win votes. He listened to the women in the villages he passed through during his padayatra, and realised that a promise of prohibition was an easy way to win their votes.

He made this central to his election campaign, and attacked the ruling Telugu Desam Party for considering alcohol as a source of revenue. He likened it to doing business with the “blood and flesh” of the people, while advocating prohibition on health grounds.

Yet it is becoming increasingly clear that he was less interested in the problem itself than in his own personal ambition to become Chief Minister.

When he came to power, the state government took over control of the liquor business – not in order to earn money, according to Jagan, but to curb sales. They succeeded in shutting down many “belt shops” selling alcohol illegally, yet at the same time they opened licensed mobile liquor stores. They went ahead with banning specific brands of alcohol produced by foreign companies, such as Guiness, yet at the same time they encouraged the production of locally manufactured alternatives.

As a result, the past two years have seen a steady rise in tax revenue from alcohol sales, despite the pledge to reduce consumption; in the last tax year, the government made Rs 17,600 crore from alcohol.

Then, in May 2021, over a year after his election, Jagan announced a policy change from prohibition to “restriction”.

It was a clear betrayal of everything he had stood for in the election, and it was driven by the need for money. The state is suffering an economic crisis: over the next year the AP State Development corporation needs to borrow a minimum of Rs 16,000 crore for various projects – probably more.

Jagan used alcohol revenue as collateral on the loans the state government has taken out. For the next twenty years, all revenue from alcohol will be placed in an escrow account to guarantee that the loans will be repaid. This means that, for the foreseeable future, the prohibition of alcohol will be impossible. It has become an essential part of state income, demanded by the bank that issued the loans. 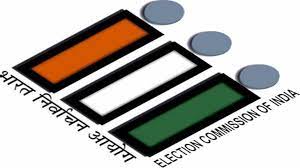 Could this have been prevented? Yes. Political power is liable to be misused, but we have institutions to ensure that this does not happen. In this case, the institution responsible is the Election Commission.

The Election Commission is an independent, neutral organisation designed to make sure that India’s elections are free and fair, and that no electoral malpractice takes place. It is failing to do so. In addition to the numerous questions that were raised about the 2019 election – favouring BJP politicians, the erosion of true secrecy of the ballot, the lack of transparency around campaign funding – the Election Commission is also failing to ensure that candidates are held to the promises they make during their campaigns.

It is essential that our leaders are held to account, and obliged to follow through on the policies that win them elections. If not, politics becomes a meaningless spectacle: a candidate can promise to eliminate unemployment within a year, to eradicate poverty, to spend billions on upgrading the healthcare system. Why not? If there is no obligation to make such promises real, it’s simply a question of telling voters what they want to hear.

This is what Jagan did with the alcohol question. Hundreds of thousands of people – mainly women – wanted prohibition. He promised to deliver it, so they voted for him. He won – and instead of doing what he’d committed himself to, he actually increased the state revenue from alcohol sales and used the money to secure loans to prop up the failing economy.

The Election Commission should have the power to investigate this thoroughly, and to take steps to prevent it happening. Our leaders should not enjoy complete impunity; if they lie and cheat, they should face the consequences.

Jagan has broken the terms of the agreement that led to his election. Yet he is getting away with it – because the Election Commission is no longer fit for purpose.