India, too, has tripled its highways over the same duration, but the network is far less impressive.

One of the keys to China’s economic renaissance over the past couple of decades is often overlooked. Namely, it has built a lot of roads.

China’s highways have more or less tripled from around 50,000km in 2000 to around 160,000km by the end of 2020. This means that in just two decades, China has added highways that are 20% longer than the entire US interstate highway system, and these make up about 40% of all roads in the country.

India, too, has tripled its highways over the same duration, but the network is far less impressive. They are lower quality, narrower, less well maintained and only make up a very small part of the total system of roads in the country. 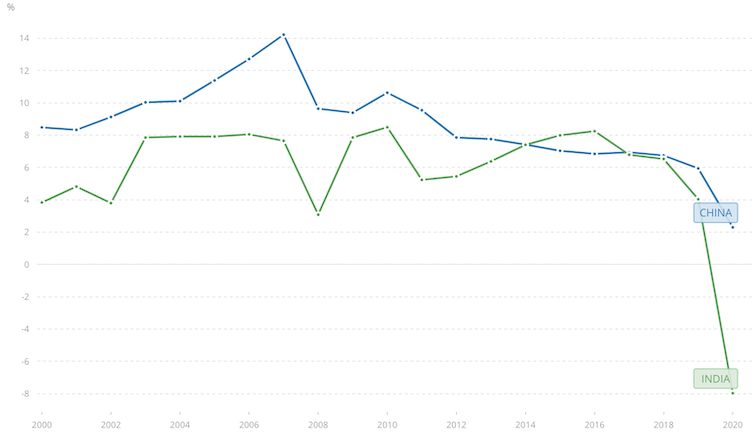 So why has India been much poorer at building roads? And with Prime Minister Modi having just committed to reaching net zero emissions by 2070, is it possible to build roads and decarbonise at the same time?

China’s massive road-building programme is immediately visible to visitors. The pace of investment in the network has accelerated since 2011 – the chart below shows progress over the past decade. Not only that, the Chinese are planning to increase their highway network by another 50% by 2035.

On paper, it looks as though India’s road infrastructure is better. The cumulative road network is 5.9 million kms, which is longer than China (4.6 million kms), though slightly smaller than the US (6.7 million kms). The density of India’s road network, at 1.62km of roads per square kilometre of land, is much higher than the US (0.68) or China (0.49) – though this is not surprising when you reflect that both these rivals are geographically three times larger than India.

However, the quality of India’s road infrastructure is very poor: only 3% of these roads are national highways, and 75% of highways are only two-lane. Roads are congested and road maintenance is under-funded. At the same time, 40% of the roads are dirt roads, and over 30% of villages have no access to all-weather roads.

Many explanations have been given for India’s inadequate road investment, including lack of funds and poor project management. An Economist article from 2017 blamed a litigious system that makes it hard for the government to requisition land, as well many public-private partnerships stalling.

We recently published a paper arguing that India’s political system is another factor. Road-building is jointly the responsibility of the central government and each state. The central government rewards states which are politically aligned with the ruling party, particularly the core supporters.

In addition, road building requires coordination between states and central government to get around obstacles like land acquisition, planning permission and vetting of tenders – all of which can delay projects and lead to huge cost overruns. The need for green transport infrastructure is another issue. All this requires the central government to cooperate with states from across the political spectrum.

Investing in road infrastructure can catalyse growth in two ways. Like all Keynesian investments, it increases employment, incomes and therefore demand throughout an economy. For a country like India with relatively low incomes and an excess supply of labour, road-building can unlock growth quickly – particularly as a way of recovering from the COVID collapse. As John Maynard Keynes famously said of the importance of governments increasing spending during difficult times: “The government should pay people to dig holes in the ground and then fill them up.”

Roads also make economies more productive. They make it easier for people to get to work, for supply chains to function, and for companies to bring goods to market. Roads bring down transport costs, make everyone more confident that things will move from A to B, and reduce the need for companies to store costly inventory to avoid running out of supplies. According to a 2014 World Bank survey, one in ten Indian firms thought inadequate transportation infrastructure was a major obstacle to their growth.

It is worth pointing out that improvements to India’s roads have already increased productivity for companies over the past two decades – despite the poor quality of the network as a whole. We found that a 1% increase in road density raised productivity by about 0.25%. This gives a sense of what could be achieved with greater investment. 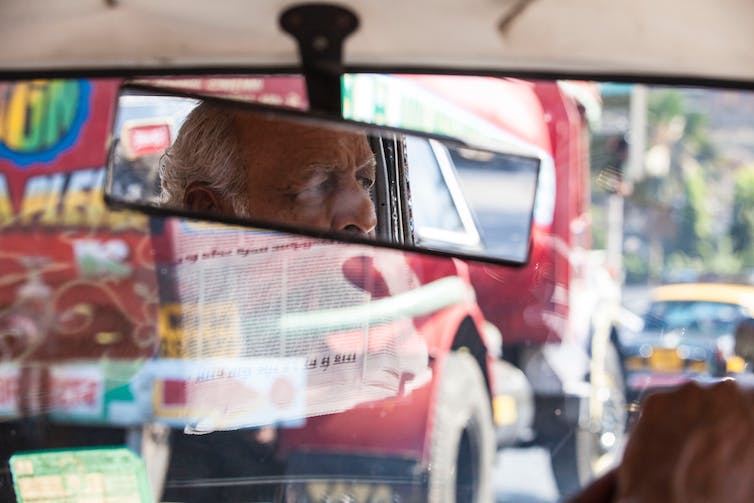 ‘We’ll get there yet.’ Francesco Benvenuto/Unsplash, CC BY

Indeed, India is now investing more in its road network for exactly these reasons – though the US and China are too. India is planning to construct 40km of highways every day in the current financial year, and intends to increase its highways by a third in the next few years. Given a large pool of unemployed labour, the conditions are ideal to do this. But the worry is that the same old obstacles get in the way: a report earlier this year by a parliamentary standing committee suggested that more than 800 road projects had been delayed, for instance.

Then there are carbon emissions, which have the potential to significantly increase both from road-building and increased traffic. Modi’s announcement at COP26 that India would not aim for net zero until 2070 signals that, in the short run, growth is likely to come first – and it is obviously difficult for wealthier nations to argue that India should not have a world-class road network.

Having said that, road-building has to go hand in hand with investing in technology to reduce emissions, including more electric and hybrid vehicles and a charging network to make electric cars viable. This needs to not only be an investment priority for India but for players like the US who have been working to assist developing countries to decarbonise.

If India is to tap the potential of infrastructure development to stimulate growth, it needs to both make the green transition part of the programme and to look at the obstacles to making road-building succeed. With a state-of-the-art road network, India could achieve so much more.