Hyderabad is “on the brink of becoming a total surveillance city”, according to a new report by Amnesty International.

Is the government watching you when you’re on the way to the shops? We go about our daily lives assuming that we’re free from the prying eyes of others, and that unless we’re doing something wrong the police and authorities will simply leave us alone.

But that’s not always true. Increasingly, Indian cities are dotted with surveillance cameras. You probably don’t notice them, but they’re there — and in some cities, such as Hyderabad, they’re everywhere.

These cameras don’t just record blurred videos. They’re equipped with advanced facial recognition technology, and Hyderabad is now constructing a “Command and Control Centre” (CCC) to connect the surveillance infrastructure throughout the city and state. This means that data from over 600,000 cameras can be processed and integrated, making it possible to track the movements of specific individuals.

“Hyderabad is on the brink of becoming a total surveillance city,” he said. “It is almost impossible to walk down the street without risking exposure to facial recognition.”

There have already been reports of the Hyderabad police collecting data that can be used in conjunction with facial recognition technology. Amnesty International’s research team found footage shared on social media of numerous incidents in 2020 and 2021 of the police randomly stopping people in the city, asking them to remove their masks, and photographing them. In other cases, they asked for fingerprints.

When questioned, the officers always refused to give any explanation.

Yet they have no right to photograph anyone without their consent; it is a case of the police breaking the law, specifically the 1920 Identification of Prisoners Act, which makes it illegal for the authorities to take pictures of anyone unless that person is arrested or convicted of a crime. 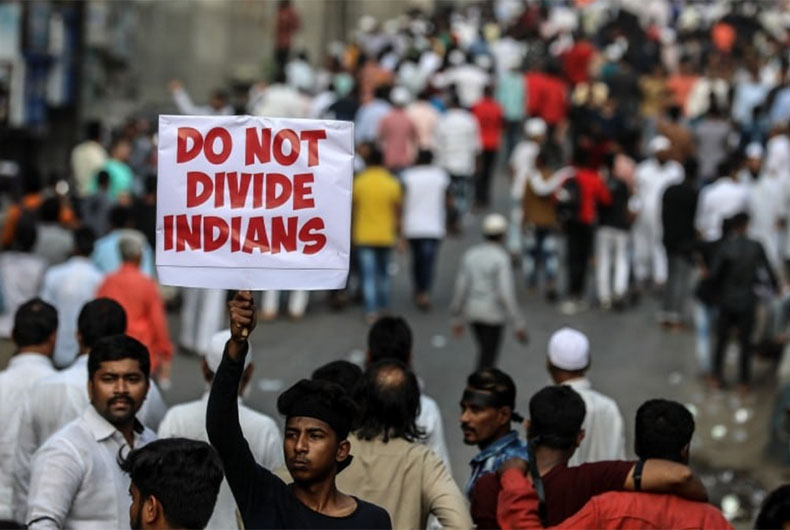 Facial recognition technology puts the right to basic privacy in danger, particularly when there is no legislation to keep it under control and set limits on how data is used. It means that the authorities can keep track of where you go, whom you meet, and what you do — and there’s nothing you can do to stop them.

This technology has already been used by the Indian government to identify people breaking the Covid-19 lockdown, to identify voters in elections, and to crack down on protests. Protestors who were present at the Red Fort during the demonstrations in January 2021 were later tracked down through surveillance footage, as were people who participated in the anti-CAA protests a year earlier; in the latter case it led to over a thousand arrests.

Of course, the justification is always “national security”, or “keeping the peace”, and the authorities will try to reassure you that you have nothing to worry about unless you’re breaking the law.

But this is simply not true. There is more than enough evidence to suggest that the current government is prepared to use any means necessary to silence dissenting voices, whether that means blocking journalists’ social media accounts or invoking the UAPA (Unlawful Activities Prevention Act) to imprison people without charge. Speaking out in defence of human rights in today’s India is dangerous — and when the authorities have the power and technology to monitor your every move, it means that nowhere is safe.

A growing problem for India 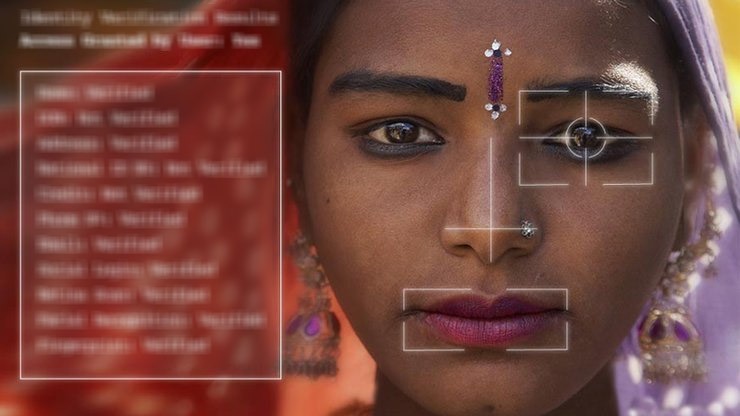 It’s not just in Hyderabad. If you live in any of India’s big cities and commute to work every day, there’s a high chance that you’re being watched. In July 2021, for example, surveillance systems were installed in more than 30 railway stations in Gujarat and Maharashtra. Over seven million people travel on Mumbai’s suburban train network every day, and now all of them are caught on camera.

In the past five years, the government has funded at least forty video surveillance projects, and has issued an open tender for an integrated nationwide central system called the National Automated Facial Recognition System.

“What’s clear from all these projects is that this government is putting surveillance first,” says Divij Joshi, a lawyer and researcher who founded the AI Observatory, an independent research organisation. “Often security becomes the go-to excuse for these things, but it is so weak and widely defined with such few safeguards that it could easily turn into moral policing of interfaith couples or activists, or whomever they want.”

And there’s an additional problem involved: the technology isn’t perfect — not by a long way — and often identifies faces incorrectly. That means you could face arrest as a result of “evidence” caught on camera, when the real suspect is just someone who shares a few of your facial features.

It’s time to demand full transparency from the government. If surveillance projects are to continue, there is a need for an open conversation, and for legislation to ensure that data is used only when strictly necessary, in accordance with international standards.

Privacy is a basic human right, and we must defend it before it’s too late.