Many parents assume that “a good education” means getting good grades, and that the most important thing in life is a high-flying career. But India’s children are suffering from the pressure to succeed.

Getting into a respected university in India is harder than ever. The prestigious Indian Institutes of Technology (IITs) receive around 450,000 applications for only 8000 places per year. The entrance exams are some of the toughest in the world: it’s a terrifying prospect for potential students.

And it’s becoming increasingly common for middle-class parents to send their children to special crammer colleges just to prepare them for the exams. The pressure is on for these 17 to 20-year-olds, who spend most of their waking life studying. “Sleep less. Five or six hours max,” was the advice of Surabhi, a hopeful engineering student at a college in Kota, Rajastan. In pursuit of her dream she spends six hours a day at college, followed by nine hours studying at home. She doesn’t have time for anything else.

Most students at these colleges - however intelligent, however talented, however industrious - will not get into an IIT. One college director admitted that this system is potentially harmful to young people: “Students who are not able to qualify start developing complexes and lose faith in their own capabilities.” They pin all their hopes on passing the exams; they aren’t prepared for failure.

There’s nothing wrong with dreaming big and aiming high, if that’s what you want. But how often are young people pursuing their parents’ dream rather than their own?

It starts early. Parents want their children to do well in life, so they fill their days with extra tuition, sports classes, music lessons, scheduled social events. When exam time comes round, they threaten severe consequences in case of low grades. And repeating a year of school? Unforgiveable.

India is a conservative society, and most families want their children to have conventional careers – as engineers, lawyers, or software developers – rather than encouraging them to pursue a love of literature or acting, for example. Children are taught to value academic success from a young age. It’s no country for dreamers.

This is the everyday routine of an ordinary boy in the ninth grade, Chirag: "I have to rush for tuition as soon as I return from school. Then I do my homework. As soon as I finish my homework I have to get ready for the dance classes. Next year, I will take my board exams for standard ten. Both teachers and parents want me to perform exceptionally and this scares me about my future."

This has become completely normal. In a few years, Chirag might well be another student at one of the crammer colleges, studying through the night in the hope of getting a place at an IIT. It comes at the cost of his childhood.

What do we want to teach our children? 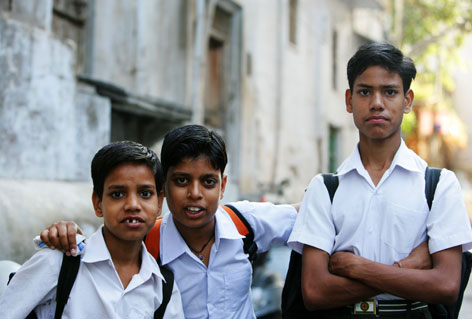 Parents are subject to considerable pressures as well: the pressure to be a perfect parent, to make sure their child gets as many opportunities as possible, to keep up with the neighbours. When everyone else’s kids are taking extra computer classes after school, it’s hard to say no.

Yet in trying to give their children the best start in life, parents make some critical mistakes. You can’t program a child in the same way as a computer; human beings are far too complex.

Experts in child development tell us that children learn best through play. Having fun is an essential part of our human development. We learn how to get on with others, what we genuinely enjoy, and how to solve problems. Learning and pleasure go together; allowing children to discover the joy of learning for themselves is the best start we can give them.

And too much structured time leaves no room for some of the most important learning experiences – like dealing with boredom. Nobody’s life is going to be without some troubles, and boredom teaches us how to deal with difficult emotions. It also teaches us to be flexible and to organise our time; to get creative and figure out ways to entertain ourselves; to become more independent and responsible for our own wellbeing.

No parent wants to see their child fail. Yet perhaps this is one of the most important lessons a child can learn. We all experience failures and setbacks in life – not just at school and at work, but in our relationships, at home, in the games we play and our small everyday adventures.

It’s more helpful to see failure as a necessary component of success rather than its opposite. This is what it means to have a growth mindset: the belief that you can learn, change, and grow. Research shows that people with growth mindsets are much more likely to do well in life, as they don’t give up so easily. You’re having trouble learning to speak a new language? With a growth mindset you tell yourself, “This is a challenge! If I keep working on this I’ll develop a new side of myself.” The reverse is a fixed mindset: the belief that your abilities are fixed. If learning Japanese isn’t coming easily, the fixed mindset student will probably quit: “This is hopeless. I’m just no good at languages.”

Children can develop a growth mindset through making mistakes, provided they get the right kind of feedback from their parents and teachers. If a child tries her best but still doesn’t get the grades to go on to the next class at school, it won’t help to punish her. That way, she learns to believe that she’s not good enough, and that she never can be. Instead, you can make sure she understands that it’s ok to take a bit longer; she’s still just as able to learn as everyone else. It’s the difference between “you can’t do it” and “you can’t do it yet.”

This explains why some children who excel at school don’t live up to their expectations later in life. They’re used to things being easy, and they’ve been told they have talent. So when they encounter anything that requires a bit more effort, they give up.

The reverse is equally true. Steven Spielberg was rejected from film school. Thomas Edison – America’s greatest scientists who invented electric light and photography – was expelled from school at the age of 12, told he was “too stupid to learn anything.” It certainly didn’t stop them. And if J.K. Rowling – then a single mother struggling to pay the rent – had given up after the first ten rejection letters, the world would never have met Harry Potter.

The true meaning of success 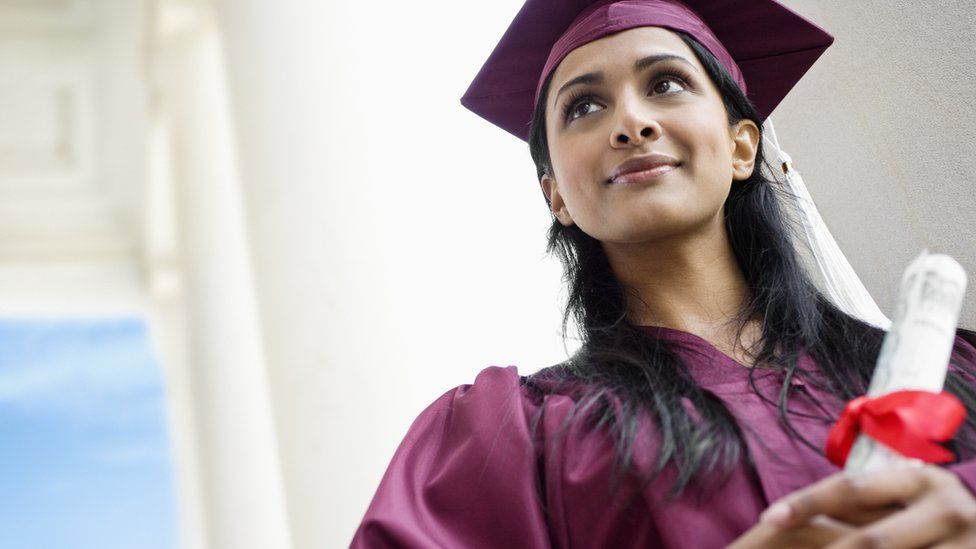 Parents put pressure on their children for the best of reasons: because they want them to be successful. With success – in academic achievements, or athletic training, or becoming a virtuoso in a particular skill – children will find good jobs and become happy, fulfilled adults.

Or will they? It sounds so simple, but it’s a deeply flawed way of thinking. Success is no guarantee of happiness, any more than wealth, fame, or good looks. Sushant Singh Rajput had all these things, with more success than most actors can ever dream of – yet he took his own life at the age of 34.

True success lies in being happy. A job you enjoy will bring happiness, regardless of the salary. So will a loving marriage and good home life. A sense of meaning in life, connection to a community, physical wellbeing, good relationships: all these things will contribute to your overall happiness.

It’s certainly important to have enough money to pay the bills and live comfortably, but beyond that a pay rise is unlikely to increase your sense of joy and fulfilment. The world is full of miserable millionaires.

Even if your child is a technical genius or budding cricket pro, there are other things at least as important. We need to teach our children that success doesn’t just mean good grades or a winning wicket. They also succeed when they make up with a friend after an argument; when they help out their parents at home; when they stand up for the boy who’s being bullied; when they’re doing something they love.

At its most extreme, parental pressure can lead young people to experience severe depression and anxiety. Last year a 20-year-old student at one of Kota’s crammer colleges took her own life. She left a note for her parents, apologising for being unable to live up to their expectations. And she isn’t the only one: in 2018 over 10,000 students around the country died by suicide.

We all want the best for our children, and that means preparing them for life. Instead of shaming them and comparing them with the neighbour’s children – the ones who are top of the class as school and always so well-behaved – we need to teach our children that they’re fine just as they are. Happiness begins at home. It comes with developing emotional intelligence and resilience, learning to have good relationships with others, and living with integrity.

Education is not about exams. It’s about learning how to live well.