2020 saw a rise in police violence, particularly against members of the Dalit community

These three cases from Andhra Pradesh all took place in July and August 2020. And they are not isolated events. Incidents of police brutality are increasing across the country. In Andhra Pradesh, for example, there has been a significant rise in police violence – particularly towards members of the Dalit community.

“Ever since Mr. Jagan assumed power in Andhra Pradesh, there has been a series of atrocities against the Dalit community. Do the Dalits have no right to question the misdeeds of this government?” he asked.

These cases must not be forgotten.

July 2020: Vara Prasad, a young Dalit man, was tortured while in police custody. On the day of Prasad’s arrest there had been a death in his neighbourhood. Some sand trucks were driving down the street, and he asked them to wait until the body had been removed for the last rites. It led to a dispute, and blows were exchanged. Two policemen, acting on behalf of the local MLA, took Prasad into custody. Back at the police station, they beat him, shaved his head, and cut off his moustache.

July 2020: Yaricharla Kiran Kumar, a 25-year-old Dalit man, died after being arrested for being out and about without wearing a mask. He and his friend were out on their motorbikes when they were stopped by police. The officers involved claim he jumped out of a moving vehicle while in custody, sustaining a fatal head injury. His family, however, state that he died of his injuries after a brutal beating.

August 2020: Young Dalit activist Om Pratap committed suicide. Pratap had shared a video on social media questioning the implementation of the government’s liquor policy. Since then, he had been constantly harassed and threatened by the police – so severely that he was pushed into ending his own life. 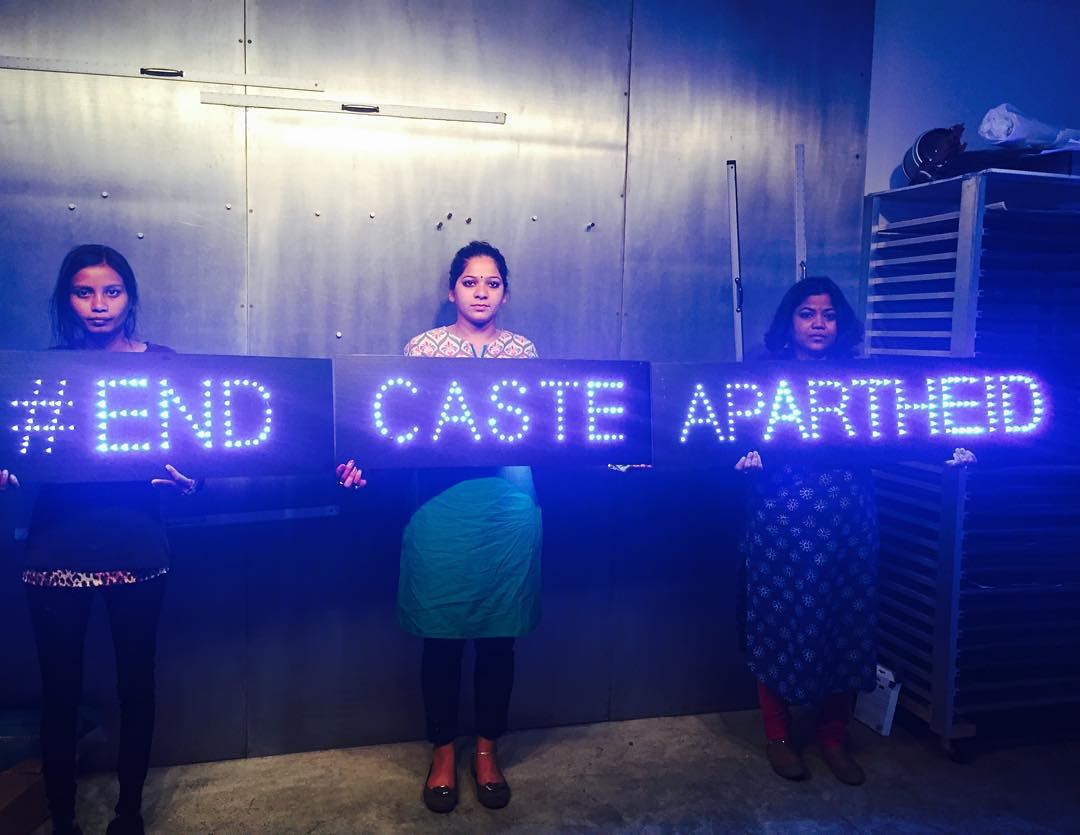 They weren’t the only ones. A respected doctor, Sudhakar Rao, was assaulted by the police in public and then sent to a mental institution after he spoke out about the lack of PPE in hospitals. He was also a Dalit. A video of a policeman savagely kicking a Dalit man who had gone to the police station to lodge a complaint went viral. There are plenty more examples.

Opposition parties called it the return of “jungle raj” and blamed Jaganmohan Reddy’s YSR Congress government for the decline of law and order and rise of state violence.

Nara Lokesh of the Telugu Desam party asked: “Is there law and order in this state? The police who ought to protect the citizens have turned into lackeys of the ruling party and are attacking the Dalits like goondas.”

Dalits in India occupy a similar social position – and police violence is far more common here than in the United States. Cases like these show how normalised police brutality has become, and the discrimination inherent in our society means that abuse falls most heavily on the most vulnerable and marginalised: the Dalit community.

The pandemic brought out existing prejudices. In Andhra Pradesh there were numerous reports of upper caste people humiliating Dalits and even violently attacking them, blaming them for the spread of the virus. The government, and the police, can target this group because of the deep-rooted inequality in wider society.

Yet as the problem becomes increasingly severe, Dalits themselves are refusing to be silenced. After being tortured by the police, Vara Prasad wrote a letter to the president of India. “The law and order system has failed me,” he wrote.

In the face of state violence, it is our obligation to speak out.