Encounter killings are not the same as justice. But they have become commonplace, with police acting as judge, jury, and executioner.

When police officers break the law, there is no one to hold them to account. Police brutality and corruption have become part of the system. Most dangerously of all, so have encounter killings – another expression for extrajudicial murder committed by the police.

In many cases, the officers responsible are treated as heroes. When a young woman was raped and murdered in Hyderbad in late 2019, it provoked outrage – rightly so. And when the four men suspected of the crime were shot by the police before coming to trial – allegedly because they tried to steal the officers’ guns and escape – the news was celebrated as justice for the victim. The police, who had previously been criticised for their handling of the case, immediately became heroes.

Another more recent case also made headlines. In July 2020 gangster Vikas Dubey was killed by the police soon after his dramatic surrender. Again, the police involved were praised for their actions. He was certainly a criminal – one who had many connections with the political world, and was considering running for office himself. Was he really killed because he tried to escape? Or was it to silence him, so he would not reveal the shady secrets of his political friends?

Our culture has conditioned us to feel that this is justice. Just think of all the Bollywood films that climax with the police officer - the hero - killing the villain single-handed: Singham, Shoutout at Wadala, Batla House, Dabangg.

The police officer in the film is always right, always honourable. He knows that the villain is guilty, and there’s no other way to get him. Bollywood is so much simpler than reality.

In the real world, the police are fallible human beings. We have established a complex legal system to ensure that anyone suspected of a crime gets a fair trial. The accused can defend himself; the prosecution argues against him. An impartial judge, hopefully with many years of experience, presides over the case, and a jury ensures that the final decision does not rest with just one person.

The system is imperfect. It is sometimes slow, and not always as neutral and objective as it should be. Occasionally there are mistakes, when the innocent are condemned and the guilty go free.

Even so, it is by far the best system that humanity has come up with to date. A fair trial and the rule of law is designed to protect society as a whole. You cannot simply be accused of a crime and arbitrarily condemned without the chance to prove your innocence. Yet this is what the police are doing when they kill a suspect before trial.

In some cases, it may be self-defence. It may come from a sense of anger and self-righteousness. It may be revenge. It may be the rush of power. But it is not justice.

No longer innocent until proven guilty

Justice is not served by police killings 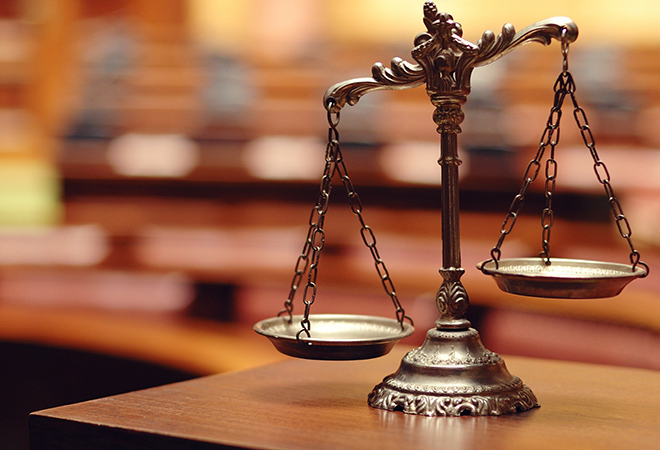 Even if all India’s police officers were as noble as they often appear in films, encounter killings would still be unacceptable. No one should be above the law. In the real world, where so many officers are corrupt, encounter killings represent the death of law and order.

The police know that they can act with impunity. Politicians have spoken out in favour of extra-judicial killings. While many condemned the actions of the officers in the Hyderbad case, Maharashtra BJP spokesperson Shaina NC tweeted that “sometimes an encounter is natural justice”, and YSR Congress leader Raghu Rama Krishna Raju said, "They deserved to be shot dead. No NGO should oppose it and if they do so, they are anti-national."

This is not trial by jury, but mob rule. A public outcry demanded vengeance. It was given to them. Yet although this may satisfy the emotional needs of the crowd, it leaves some serious questions: what if the suspects were not the true culprits? If so, the rapists have walked free and four innocent men have been murdered. And we will never know, because they did not have the chance to defend themselves, and the prosecution did not have the chance to produce the evidence against them.

In the case of Vikas Dubey, there is even more that will remain forever unknown. If he had testified in court, it could have led to the arrest of many others in his criminal network. It might have provided evidence against certain people in positions of power who are not above working with gangsters.

In both situations, we could have learned something. If those four men accused of rape were indeed guilty, they would have faced punishment. And might have learned something about what drove them to commit such a hideous crime, and, as a result, how to prevent it happening in the future. If Vikas Dubey had been given the chance to talk, it could have sparked a nation-wide conversation about the links between political leadership and the criminal underworld.

It is deeply worrying is that popular support for encounter killings is enabling the police to act with ever more impunity. They can kill; they can torture; they can do whatever they want. They are the ones who decide guilt or innocence. They hand out the death sentence.

This has implications for all of us. There were numerous allegations of shocking police brutality against peaceful protesters at the anti-CAA protests last year, for example. Or the case of the father and son who were taken into custody for infringing curfew restrictions, to die in hospital three days later as a result of the savage injuries they received at the hands of police.

If we accept encounter killings as part of regular police work, the police are empowered to use violence whenever they see fit. And the innocent suffer as much as the guilty.

A danger to democracy

Encounter killings have become all too commonplace

Vikas Dubey’s death was the 119th encounter killing in Uttar Pradesh since the start of the new state government in March 2017. During the same period, nearly 2000 more were injured during police encounters. The UP police have boasted about this online, regarding it as something to be proud of.

They know they have political backing at the highest level. Soon after Yogi Adityanath became Chief Minister of the state in 2017, he stated that: “Police in UP will now respond to a bullet with a bullet. Unlike the previous government, I have given full authority to the force to deal with criminals in the most appropriate way possible.”

Yet no one who stands by the Indian Constitution can support state violence, and certainly not police murder. The Constitution upholds the rule of law, and the right of every citizen to be considered innocent until proven guilty.

When our politicians speak out in support of encounter killings – encourage them, even – it is another sign that Indian democracy is in a precarious state.