Jagan Mohan Reddy’s Andhra Pradesh government has clashed with the constitution yet again.

Andhra Pradesh’s Chief Minister, Y.S. Jagan Mohan Reddy, has a troubled relationship with India’s justice system. This is hardly surprising: he served over a year in jail in 2012-3, and is still awaiting trial on over 30 separate charges. In an attempt to further delay the course of justice, in October 2020 Jagan made a public attack on the judiciary in an open letter, prompting a number of organisations to call for an official inquiry. In his move to discredit the justice system, he was clearly in contempt of court.

His current position on the panchayat election process is further evidence of his disregard for the law.

Andhra Pradesh’s panchayat elections are due to take place in February, but the AP government has been pushing for a delay due to the Covid-19 pandemic. The government position is that holding elections immediately would pose a health risk, and they have stated that they will be ready to go ahead 60 days after all frontline personnel involved in the polls have been vaccinated.

That could be long delay. It may be months before everyone working on the election process has had the vaccine – plus an additional 60 days. In a best-case scenario that would mean no elections until April or May, and it could take much longer.

Court rules for elections in February

State Election Commission will go ahead 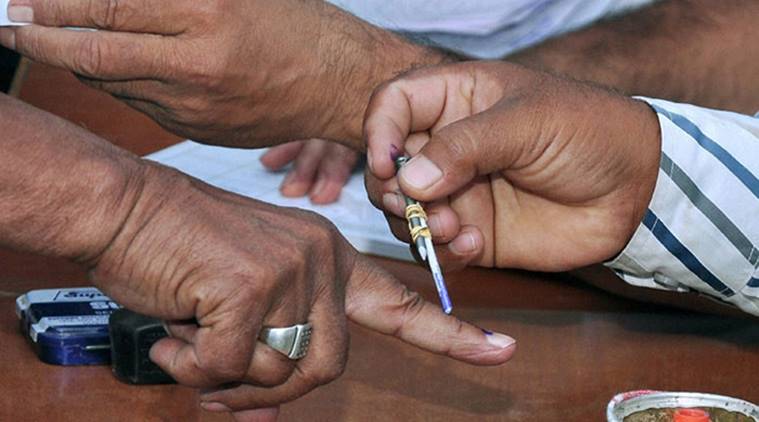 On Thursday 21st January, the High Court ruled that such a delay was unacceptable, and that the panchayat elections should continue in early February, according to the schedule fixed by the State Election Commission (SEC).

This judgement did not settle the matter for Jagan, however. He immediately appealed to the Supreme Court to overturn the High Court’s decision, while the AP government secretary immediately wrote to the Union Health Secretary to emphasise the “logistical problems” of holding an election in the midst of a pandemic.

On Saturday, Jagan – and all the Andhra Pradesh state representatives, from senior officials to local administrators – boycotted a meeting initiated by the State Election Commissioner, Ramesh Kumar, to prepare for the election process. All the district Collectors mysteriously experienced “connectivity problems” that prevented them from joining the online event. It was another clear sign that the government had not accepted the High Court’s decision.

Another example of Jagan putting himself above the law.

On Monday 25th January the Supreme Court ruled against Jagan, defending the High Court’s decision to support the SEC and go ahead with elections. The court reproached the state government for encouraging “lawlessness” for the sake of an “ego battle”, and pointed out that other states, such as Bihar, will also go to the polls despite Covid-19.

Will the state government refuse to cooperate?

Yet although this judgement has now been passed by the highest authority in the country and elections are set to go ahead from 5th February, there is a real possibility that both the state government and its employees will refuse to cooperate.

Venkatrami Reddy, of the AP State Government Employees’ Federation, criticised the court’s decision on grounds of the health risk to frontline workers. He argued that Ramesh Kumar and the SEC lacked the power to push things forward, and faced mass resistance at grassroots level:

“What can he do? He can, at the most, suspend a few senior officials. Can he suspend thousands of government employees with one stroke?”

Yet Kumar has refused to be intimidated. He has stated that it is the government’s “constitutional responsibility” to conduct local elections, and that they will be held responsible if these elections are not carried out.