Tensions are increasing at the Delhi protests, as Modi’s actions threaten freedom of speech.

The roads around Delhi look increasingly like a war zone, with steel walls, metal spikes, and barriers of barbed wire put up by security forces. The farmers’ protests in India are now in their third month. Hundreds of thousands of farmers have been camped there throughout the winter, despite the cold and rain. It is the biggest mass protest India has ever seen.

The protests have been largely peaceful, but over the past week – since some farmers drove tractors into the city and clashed with police on Republic Day, 26th January – tensions have risen.

The government has responded by shutting down the internet in some areas around the city, and increasing use of force against the protestors.

The protests are also getting more and more global attention, particularly after pop star Rihanna and climate activist Greta Thunberg both posted their support on Twitter this week, and on Thursday the US embassy in Delhi urged Prime Minister Modi to resume talks with farmers.

The internet shutdown has provoked particular concern: “We recognize that unhindered access to information, including the internet, is fundamental to the freedom of expression and a hallmark of a thriving democracy,” said a representative of the US embassy.

Why farmers are on the streets

Men, women and even children are demonstrating against agricultural deregulation 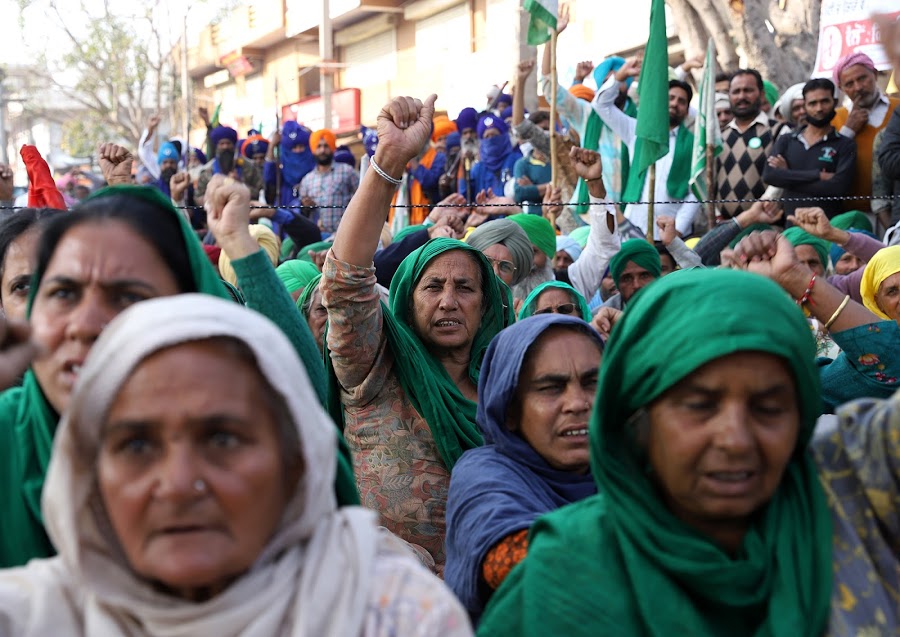 Around 58% of people in India work in agriculture, but millions of farmers are crippled by debt as costs rise while the price of crops has stagnated. Now, since the government passed three new laws deregulating sales in agriculture, their situation has become even more desperate. Farmers have campaigned for higher minimum prices for their crops for years, to no avail, and now the minimum price is being abolished altogether. If large corporations refuse to pay a fair price for their produce, farmers may be unable to earn even a basic income.

Modi’s government has stated that the new laws will benefit farmers, both increasing investment and giving farmers more freedom in selling their produce.

The farmers themselves, however, disagree. Deregulation inevitably leads to greater inequality. Big business makes even greater profits, while anyone working on a smaller scale is unable to compete. The changes could prove devastating to millions of farmers throughout the country.

Organisations supporting the farmers argue that debt relief and investment in agriculture would protect farmers and their livelihoods, as well as enabling them to produce more food.

Crackdown on freedom of speech

The Indian government blocks the internet to silence dissent 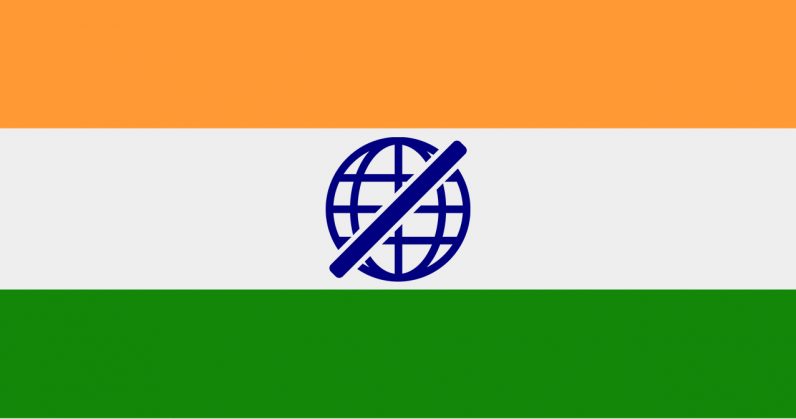 Access to the internet has now been blocked in several areas around Delhi for several days, since Monday 1st February. A government spokesman stated that the shutdown was "in the interest of maintaining public safety and averting public emergency."

This is hardly a new tactic for the Indian government. Jammu and Kashmir endured an internet blackout for six months from 2019, and even today people in the region struggle to find adequate connection speeds. During the protests against the Citizenship Amendment Act the government also cut internet access in cities where large numbers of people were out on the streets. In both 2018 and 2019 India topped the global ranking for internet shutdowns.

It is part of the BJP government’s policy towards curbing free speech in India, with harassment of journalists and expansion of state control over the media. Eight journalists who covered the violence in Delhi on January 26th have been arrested and face criminal charges. According to Human Rights Watch, these charges are completely baseless.

“The Indian authorities’ response to protests has focused on discrediting peaceful protesters, harassing critics of the government, and prosecuting those reporting on the events,” said HRW’s South Asia director, Meenakshi Ganguly.

In an additional step, a number of journalists and activists – including the editor of a major independent news magazine, the Caravan – found that their Twitter accounts had been blocked on 1st February, at the request of the Indian government. Twitter restored access later in the day, on the grounds that the accounts were not being used to incite violence. Indian authorities have not backed down, but have responded by putting more pressure on the social media giant, threatening legal consequences if they fail to comply.

A space for a diversity of voices 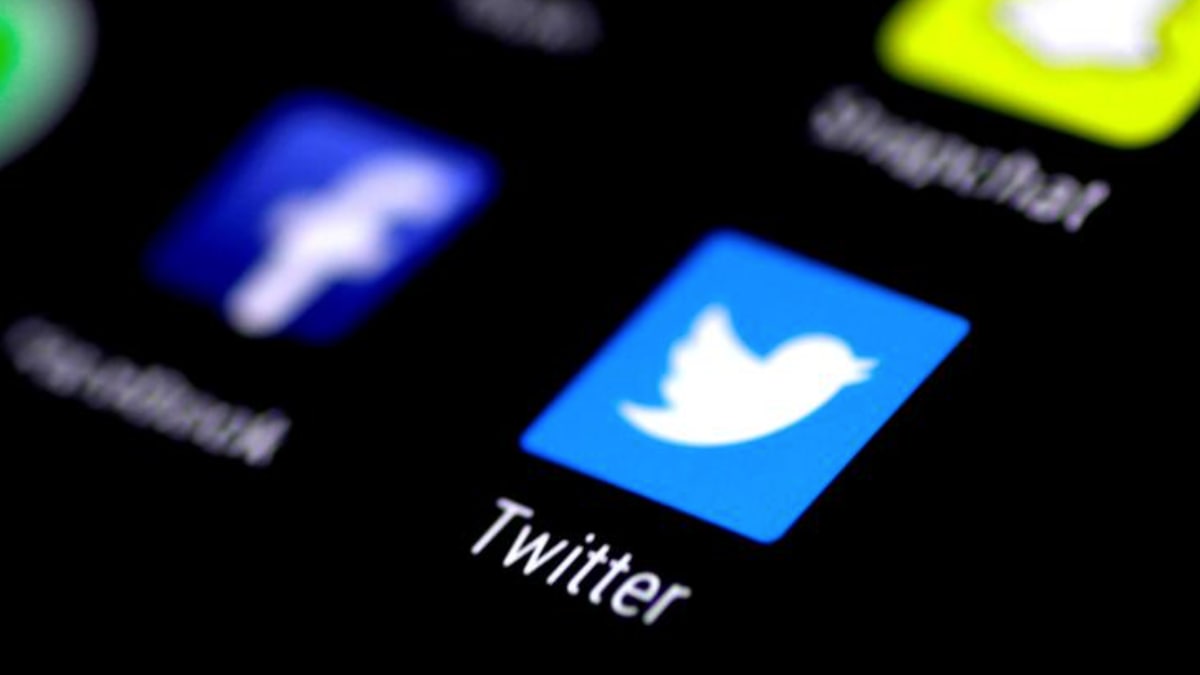 Social media, and Twitter in particular, is an essential space for freedom of expression, particularly now that the mainstream media is increasingly under government control.

Activist Hansraj Meena, an activist from Rajasthan who tweets about human rights issues, was one of those who found his account blocked. Speaking to Thomson Reuters, he said:

“Marginalised communities like indigenous people, lower-caste Dalits and farmers - their voices are not heard. I have a platform on social media, so I use it to raise awareness of their problems, and put pressure to bring about change. Without social media, I have no voice, and I can't do as much to help them."

At the other end of the spectrum, those with a huge following on Twitter can use their influence to bring important matters to global attention. The farmers’ protests have received little coverage in the global media outside India this year, despite their significance. But since Rihanna and Greta Thunberg – each with over a million followers – tweeted their support, the resulting social media storm made the rest of the world take notice.

This is why a free social media is essential. When the government tries to censor it, it is an attack on democracy itself.

Need for a political alternative 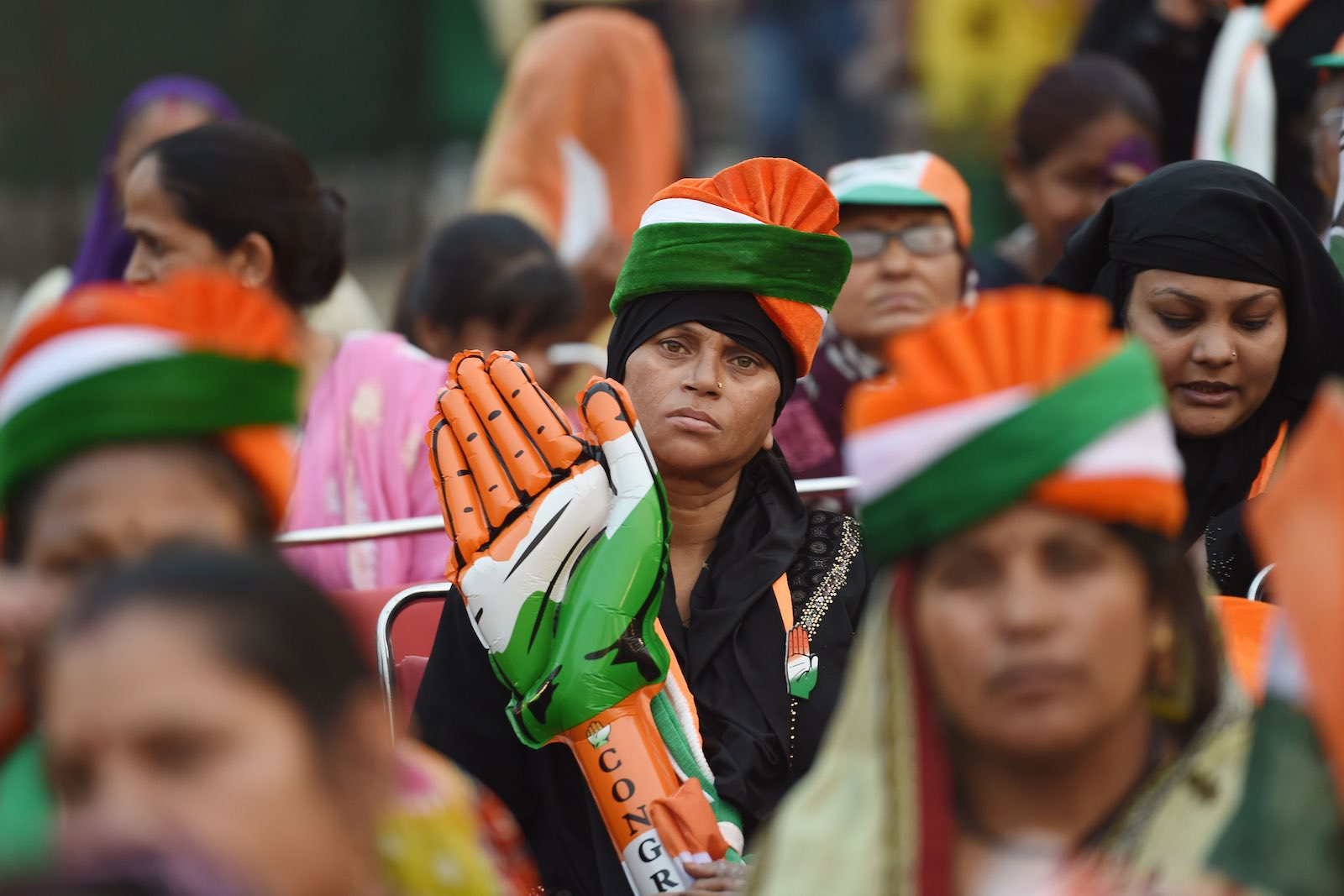 The strength of the opposition to the government’s agricultural policies is clear, both on the streets and on Twitter. Yet India suffers from the lack of any powerful political alternative.

It is clear that much of the political opposition stands with the farmers. Last week the Congress Party, together with fifteen other opposition parties, boycotted the opening day of Parliament’s budget session in solidarity. The opposition also wrote an official letter to the BJP government in objection to the way the protests had been handled, and Congress leader Rahul Gandhi has called on the government to repeal the new agricultural laws.

For all that, these politicians seem to have less real impact on the situation than a single tweet from an American pop star. On paper India is a multi-party democracy, but in reality it has become a one-party state.

Congress remains the only real opposition, but it is no longer fit for purpose. There is little remaining support for the Gandhi dynasty, after decades in power made Congress a byword for corruption. It feels like a remnant of the past, with nothing to offer the future.

The essence of democracy is political balance and strong opposition. If Congress cannot find a new energy to counter the BJP, India needs another party to step up to the challenge. It may be the only way to curb the dictatorial ambitions of Narendra Modi, and for the farmers to get the justice they deserve.