At times like this we need quality, unbiased reporting more than ever.

In Andhra Pradesh, independent media – the newspapers and online platforms you can trust to give you unbiased reporting – is under threat.

Journalists themselves are in real danger. In October 2019, a journalist working for Andhra Jyothy, a Telugu daily, was murdered. An MLA for the YSR Congress Party, Dadisetti Ramalingeswara Rao, was arrested for the crime. It wasn't an isolated incident. Three other journalists had been violently attacked and nearly killed in the months before; in each case, a YSR Congress member was implicated.

Almost immediately after his election, AP’s Chief Minister Y.S. Jagan Mohan Reddy gave a free hand to government departments to start proceedings against media outlets publishing “baseless and defamatory” news. His definition of “defamatory” is any story that does not portray his government in a good light, or questions his leadership.

His actions towards the press amount to censorship and intimidation.

Jagan has publicly denounced media organisations Andhra Jyothy/ABN TV and Eenadu/ETV as “yellow media”, or biased towards the opposition Telugu Desam Party. It would be more accurate to say that they are the two main regional news sources that do not overtly peddle YSR Congress propaganda.

As a result, they have received little of the state government’s funding. From May 2019 to May 2020, a disproportionate amount of the state’s budget for advertising in the media went to Sakshi newspapers and its television channel. The budget should be evenly distributed; news outlets depend on receiving a certain amount of public revenue. To favour one channel while depriving those which are more critical of the government is an attempt to stifle voices of opposition.

In November 2020 Jagan went one step further in his mission to look good in the media – this time on a national level. He signed a deal a Rs 8.15 crore deal with the Times Group, India’s largest media conglomerate, to “enhance the image of the state and its leaders.” In essence, it means that state money is being used to boost Jagan’s image on the national stage.

India’s media can no longer speak truth to power

None of this is surprising: state governments follow the lead of the national government, and the last few years have seen the BJP crack down on independent media and bring more and more journalistic platforms under their control.

The RSF Press Freedom Index ranked India number 142 out of 180 countries – that’s better than a single-party state like China, and even marginally better than Pakistan – but it’s nothing to be proud of: most places in Asia and Africa rank much higher. And India’s press freedom ratings has been steadily declining since the BJP came to power in 2014. Modi has done his utmost to keep the media in check.

Jagan, like Modi himself, knows the power of the media to create a national hero or to tear one down. With his criminal record, the controversy around his handling of the development of Amaravati, and most recently his contemptuous allegations against senior justices, Jagan knows that his public image needs to be carefully air-brushed to show him in a favourable light.

The last defenders of independent journalism

If you read a lot of mainstream news in India, you may have noticed that the government seems to be doing a great job of handling all the challenges in our country at the moment. 73% of the population thinks that Modi has responded well to the pandemic, and would vote for him again – a much higher level of support than most countries have for their leaders.

This was reported in India Today, the top-ranking national news magazine. Yet it may not be entirely politically neutral: in 2018 a sting operation provided evidence that India Today was willing to take money in exchange for publishing articles favourable to the Prime Minister and Hindu nationalist ideology. Taking this into consideration, the story on the huge public support for Modi appears in a different light. It may very well be true: but the reality is that Modi depends on control of the media to maintain his popularity.

As the government goes to ever-greater lengths to bring the media to heel, it is no longer possible to assume that the news has any kind of objectivity.

Yet we believe what we read in a respected publication. As a result, Modi and the BJP remains hugely popular: the headlines tell us that he’s the man of the hour, with everything in hand. If it’s written in the paper, and if everyone else thinks so, then it must be true. Mustn’t it?

There are some notable exceptions: NDTV and The Hindu still maintain an objective distance from the BJP, despite government pressure to toe the line, and online platforms such as the Wire, Scroll, Quartz, the NewsMinute, and Caravan magazine have also managed to cling on to their journalistic independence.

It comes at a huge cost, both financially and in terms of real risk to journalists. Perhaps most draining are the everyday challenges, the never-ending persecution: this week, for example, the editor of the Caravan’s Twitter account was blocked at the request of the government. He was sharing the stories that showed the state response to the farmers’ protests in a less positive light. In other words, he was doing his job: reporting. Yet in Modi’s India that has become a dangerous business.

What can I do? 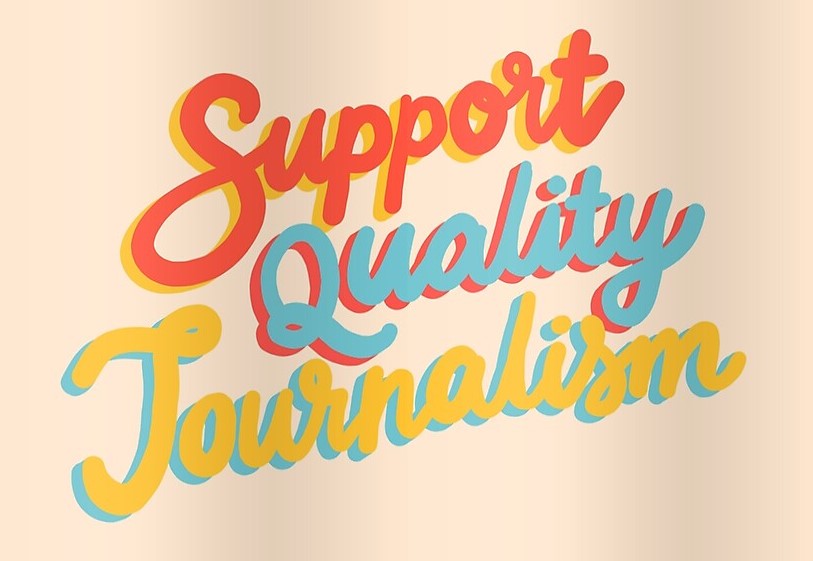 Independent media needs support. If we lose these platforms, all we have left is government propaganda. Unlike the newspapers and sites that have agreed to present the news through a BJP-tinted filter, those that refuse to give up their journalistic independence struggle to find funding. Advertising revenue is not enough; quality journalism takes time and skill, and it needs support from everyone who believes it matters.

Some platforms make their online content available for free, and rely on readers’ making the choice to support for their work. The Wire can continue producing quality journalism if readers can afford to give just 7 rupees a day. You can read a lot of the content of Scroll and the Caravan for free, but tiered subscriptions that include more content are very reasonably priced.

Barkha Dutt, a familiar face on NDTV for two decades, set up her own YouTube channel, Mojo, with a promise of "editorial integrity, civility and non-partisan content." The channel has already won numerous awards for its coverage of the Covid-19 crisis, but awards are not enough to cover running costs; Dutt has to rely on donations through YouTube, supplemented by doing some non-journalistic work on the side.

It has never been more important for individual citizens to support independent journalism, she says. "It is easy to be an armchair critic of the state of media, but if you as the audience are not willing to do anything about it, you are part of the problem.”

Of course, there are times when your personal financial situation can’t stretch to even a small donation. But you can support good journalism in other ways too: by sharing the articles on social media, by talking about the issue of a free press with people you know – even by writing something yourself.

An Hour Ago is the perfect place to start. Anyone can contribute an article. Whatever your political views, whatever the issue you feel deserves better coverage. This is how we escape censorship and propaganda, and start a real conversation.