The role of the governor is to uphold the Constitution. Yet today they serve Modi, not democracy.

In early February the governor of Maharashtra boarded the state aircraft for a flight to Dehradun. He sat there for about fifteen minutes, waiting for the plane to take off. Meanwhile, officials did everything they could to get through to the Chief Minister’s office to obtain approval for the flight.

The governor descended from the plane, went back into the airport, and booked tickets for the next scheduled airline flight to Dehradun. The head of state taking public transport: imagine the Queen of England being forced to get a bus.

Something very unusual is going on at the highest level of Maharashtra’s government.

The State Governor and the Chief Minister

The state governor and Chief Minister (CM) work together.

They are, at state level, what the Prime Minister and President are on the national level. The CM is elected by the people, and holds the real power. The governor is appointed by the President. His role is to uphold the constitution and the rule of law, and to act as a politically neutral guardian of democracy.

Like the President, the state governor generally takes a back seat. He is part of the essential background functioning of democracy, similar to the civil service, the election boards, and the judiciary. It takes a major conflict – whether over a matter or policy or simply a personality clash – for a governor and CM to have a public fallout such as the flight dispute in Maharashtra.

Yet the political landscape is becoming increasingly suspect. State governors are appointed every five years by the Indian President. Both are politically neutral – or should be.

The President is nominated by the Prime Minister, and chosen by the electoral college. Perhaps the ideal President is someone like A.P.J. Abdul Kalam, who filled the position from 2002 to 2007. He was a scientist, with no political ambitions or strong affiliations to any one party. Most importantly, he was respected by those on all sides of the political spectrum.

The current President, Ram Nath Kovind, assumed office in 2017 and was responsible for appointing new state governors in 2019. Ram Nath Kovind has been an active member of the BJP since 1991. He has served as the party’s national spokesman, and went as far as to donate his ancestral home to the RSS. It is clear that his own personal political views are highly favourable to Narendra Modi’s government.

The state governors he has appointed, too, almost all have a political background with the BJP. Tamilisai Soundararajan, governor of Telangana, was the former president of the Tamil Nadu BJP. Kalraj Mishra, governor of Rajasthan, used to be a cabinet minister in Modi’s government. And Bhagat Singh Koshyari, governor of Maharashtra, is an RSS veteran and former national vice-president of the BJP.

The problem in Maharashtra

With Bhagat Singh Koshyari’s political affiliations, it’s no surprise that he and Chief Minister Uddhav Thackeray have clashed. Thackeray’s party, the right-wing Marathi Shiv Sena, broke its ties to the BJP after the 2019 elections and entered an alliance with Congress to form the state government.

When the CM and the governor are political enemies, a power struggle is only to be expected. There have been numerous examples over the last year, such as their dispute over reopening places of worship during the lockdown. Thackeray believed the risk from the virus was still too great, so temples, churches, and mosques should remain closed. Koshyari had been approached by BJP leaders to demand the reopening of temples and put pressure on Thackeray to comply, accusing him of being “secular”.

Thackeray responded in a letter: “Do you consider opening temples as Hindutva and not opening them as secularism? Then what about the Constitution on which you were sworn in as Governor? Secularism is a core of Constitution. Don't you follow Constitution?”

This took the debate beyond the question of reopening temples and directly to the heart of the issue. The governor’s role is a constitutional one, but Koshyari – like almost every other state governor currently in office – serves Narendra Modi and shares his political beliefs. And if the governor serves the BJP, who now serves the Constitution?

No checks on Andhra Pradesh government

For a different example, a state where the governor fully supports the politics of the CM, look no further than Andhra Pradesh.

Y.S. Jagan Mohan Reddy, the Chief Minister, has been engaged in numerous struggles with the judiciary since he was elected to office. Most recently, he cast aspersions on one of the most respected Supreme Court judges in the country, claiming that the judge wished to “destabilise and topple my democratically elected government.” Jagan himself has over 30 criminal cases pending against him; it’s unsurprising that he has a difficult relationship with the justice system.

Yet it is only the courts and judges who have been able to stand against him during his time in office. Not once, during any of these public disputes, has AP’s state governor, Biswabhusan Harichandan, asked Jagan for an explanation.

Harichandan, as governor, should act as an impartial defender of the Constitution. Yet his political career began when he joined the Bharatiya Jana Sangha in 1971, and then the BJP on its formation in 1980. He has supported the party throughout the forty years of its existence.

Jagan’s regional YSR Congress party is an ally of the BJP. That seems to be enough for Harichandan. He chooses not to intervene.

Puppets of the Prime Minister

The role of the state governor is to be above politics, ensuring that the Constitution is respected, and supervising the appointment of other non-political functionaries such as High Court and District Court judges.

Today, our state governors are a long way from being apolitical. On the contrary, they have become puppets of the Prime Minister and the ruling party. When a state government is against Modi, as in Maharashtra, the governor will do his utmost to disrupt the CM’s policies and promote the interests of the BJP. When a state government is Modi’s ally, like Andhra Pradesh, the governor steps back – even when the situation clearly calls for him to intervene, as in the recent conflict between Jagan Mohan Reddy and the judiciary.

The institutions that should defend democracy are failing. State governors are one of those institutions – yet today they serve Modi, not the Constitution. And certainly not democracy. 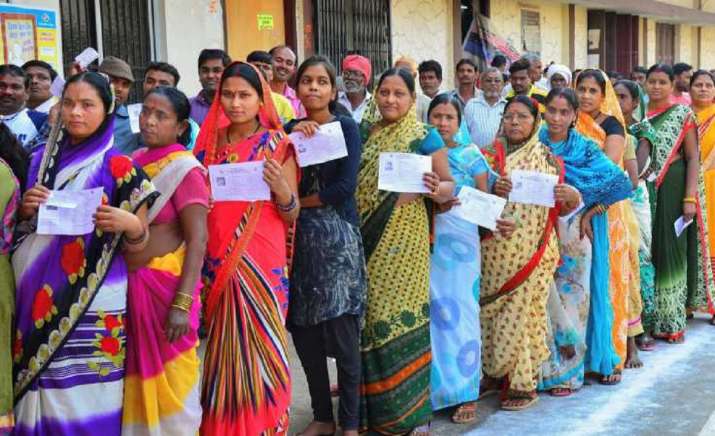