Varavara Rao, poet and activist, has finally been granted bail.

81-year-old Rao has been in prison since 2018, without trial, on the charge of sedition. He has denied all the allegations against him, and over the past two years his health has seriously weakened as a result of the harsh jail conditions.

On 22nd February the Mumbai High Court granted bail on the condition that Mr Rao remain in Mumbai, preventing him from returning to his own home in Hyderbad to be with his wife. Yet this is certainly an improvement on his prison cell, where medical facilities have been shockingly inadequate.

In July last year Rao contracted Covid-19 and was only moved to a hospital just in time to save his life. He has been confined to bed for months, and there is a strong possibility that he will not live long enough for a trial.

His release is to be celebrated, but it comes far too late. And, with other activists still in prison awaiting trial, it is not enough.

Years in prison without trial

Varavara Rao has spent over a decade in prison during his lifetime, but has never been found guilty of any crime. His prison terms have all been spent waiting for trial. Now, in his 80s, he is still waiting.

He is a poet, activist, and outspoken defender of human rights. His remarkable career has spanned over six decades: in any other country, he would be a national hero, enjoying his later years in peace.

Yet in India the government considers this elderly poet too much of a threat, and the painfully slow justice system means that he and the other activists arrested with him in early 2018 as part of the Bhima Koregaon case are still awaiting trial three years later.

Sixteen people were arrested after the events at Bhima Koregaon 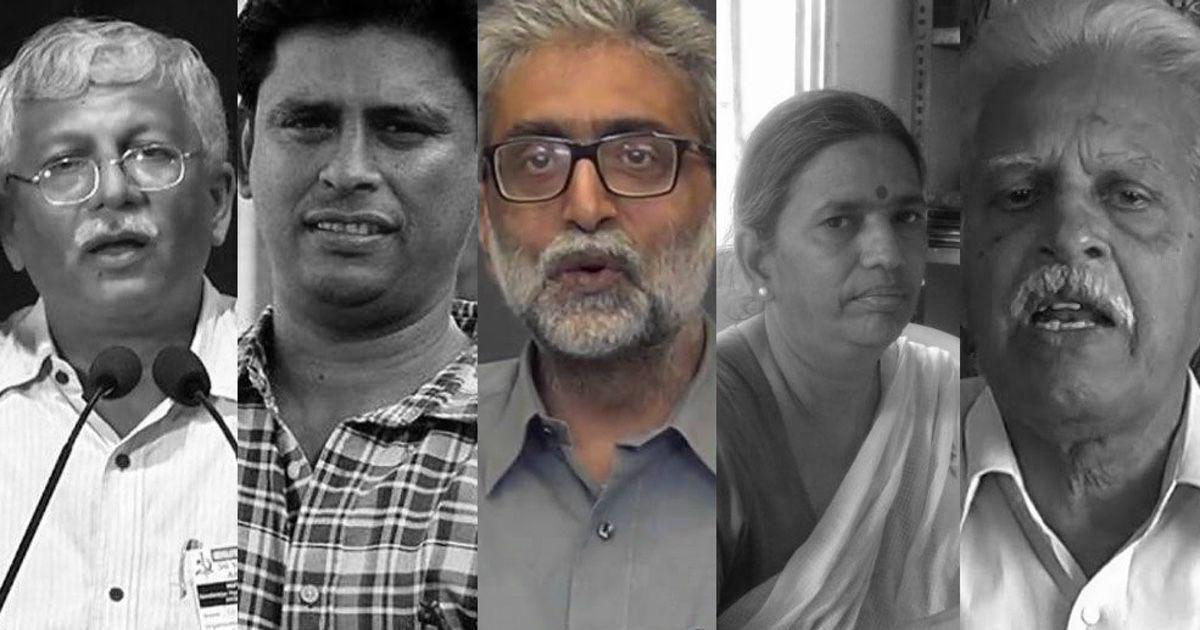 Varavara Rao is not the only one. Fifteen others are still in prison on the same charges following the events of 1st January 2018 at Shaniwar Wada in Pune as part of the bicentenary celebration of the battle of Bhima Koregaon.

The event was called the Elgar Parishad, or Congress for Speaking Aloud. There were songs, street plays, and public discussions of social justice issues such as Dalit rights. Most significantly, these discussions included criticism of the BJP government.

It was intended as a peaceful event, but on 1st January 2018 violent clashes broke out between Dalit and Maratha groups leading to one death and a number of people injured. Both right-wing Hindutva leaders and left-wing groups were blamed – yet only those on the left were arrested.

These include educators Anand Teltumbde, Shoma Sen and Hany Babu; Jesuit priest and Adivasi rights activist Stan Swamy; lawyer Sudha Bharadwaj, who gave up her American citizenship when she returned to India for defend the rights of tribal communities; and activists Gautam Navlakha, Arun Ferreira and Vernon Gonsalves. Most were not even present at the time.

Solidarity with the Bhima Koregaon 16

Three years later, in January 2021, the Elgar Parishad was held again. It was an opportunity to show solidarity with the sixteen who have spent so long in prison without trial, and to speak openly about the social justice issues that they care about.

The keynote speaker was internationally acclaimed author and activist Arundhati Roy, who spoke out about the government’s increasingly harsh repression of dissent. In her speech – well worth reading in full on Scroll.in — she expressed support for her fellow activists:

“We are also here to demand the release of the dozens of political prisoners – including those who have come to be known as the Bhima Koregaon 16 – jailed on ludicrous charges under draconian anti-terror laws.

…Everybody knows they are in jail for their intellectual clarity and moral courage – both of which are viewed by this regime as a significant threat. To make up for non-existent evidence, the charge-sheets against some of the accused run into tens of thousands of pages. It could take a judge several years to just read these, let alone adjudicate upon them.”

Since Roy’s speech last month, clear proof has come to light showing that the charges against the Bhima Koregaon 16 were, indeed, completely fabricated.

According to the Washington Post, a new forensic report by Arsenal Consulting has concluded that the “evidence” suggesting that the activists were involved in a plot to overthrow the government was planted on a laptop using malware. The report shows that an unknown attacker hacked into the computer of Rona Wilson, one of the sixteen accused, and left a number of incriminating documents. These documents, including a message Wilson was alleged to have written to a militant group urging them to assassinate Narendra Modi, form the backbone of the case against the sixteen.

“This is one of the most serious cases involving evidence tampering that Arsenal has ever encountered,” the report said, and called the case “unique and deeply disturbing.”

And it is not an isolated incident. In 2020 Amnesty International uncovered a wider attack on nine people engaged in helping the activists, all of whom had been targeted by spyware and emails with malicious links.

The charge sheets against the accused run to well over 17,000 pages. Yet most of the documents cited as part of the case are highly questionable, and none of the witness accounts have been tested as part of the legal process. The so-called evidence, which could fill a small library, lacks any foundation. 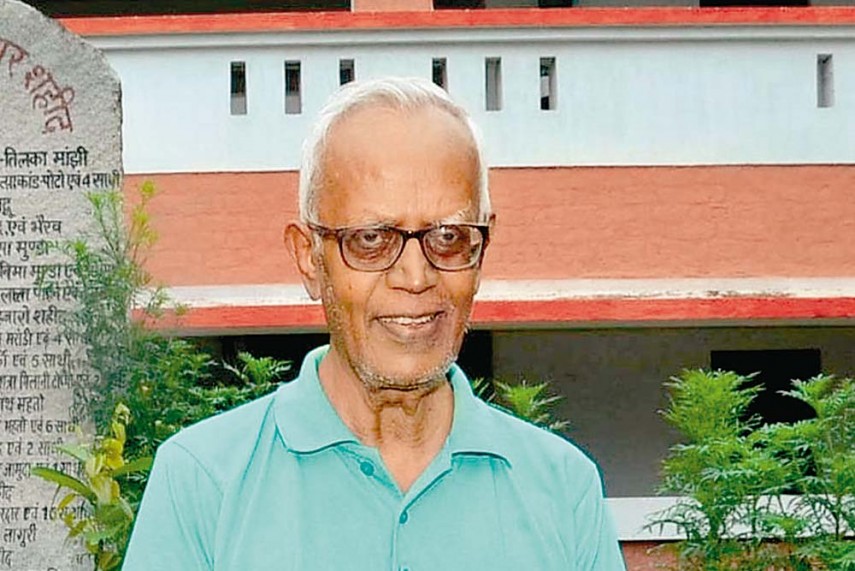 Varavara Rao’s release is a step in the right direction, even if it comes years too late. Yet he is the only one of the sixteen to have been granted bail. The others remain in prison, even at the height of the coronavirus pandemic when thousands of prisoners in India were temporarily released for fear of infection. Unlike petty criminals, no one accused of terrorism is eligible for bail.

This includes the 83-year-old Stan Swamy, who suffers from Parkinson’s disease. Swamy was denied bail in October last year, despite his vulnerability to the coronavirus, as the court ruled that he was “trying to take an undue benefit of the situation”.

Today’s India allows criminals to hold positions of political power, while imprisoning octogenarians without trial. Arundhati Roy, in her speech in January, made the point very clear:

“In our country laws are selectively applied depending on your class, caste, ethnicity, religion, gender and political beliefs. So, while poets and priests, students, activists, teachers and lawyers are in prison, mass murderers, serial killers, daylight lynch mobs, disreputable judges and venomous TV anchors are handsomely rewarded and can aspire for high office. The highest, even.” 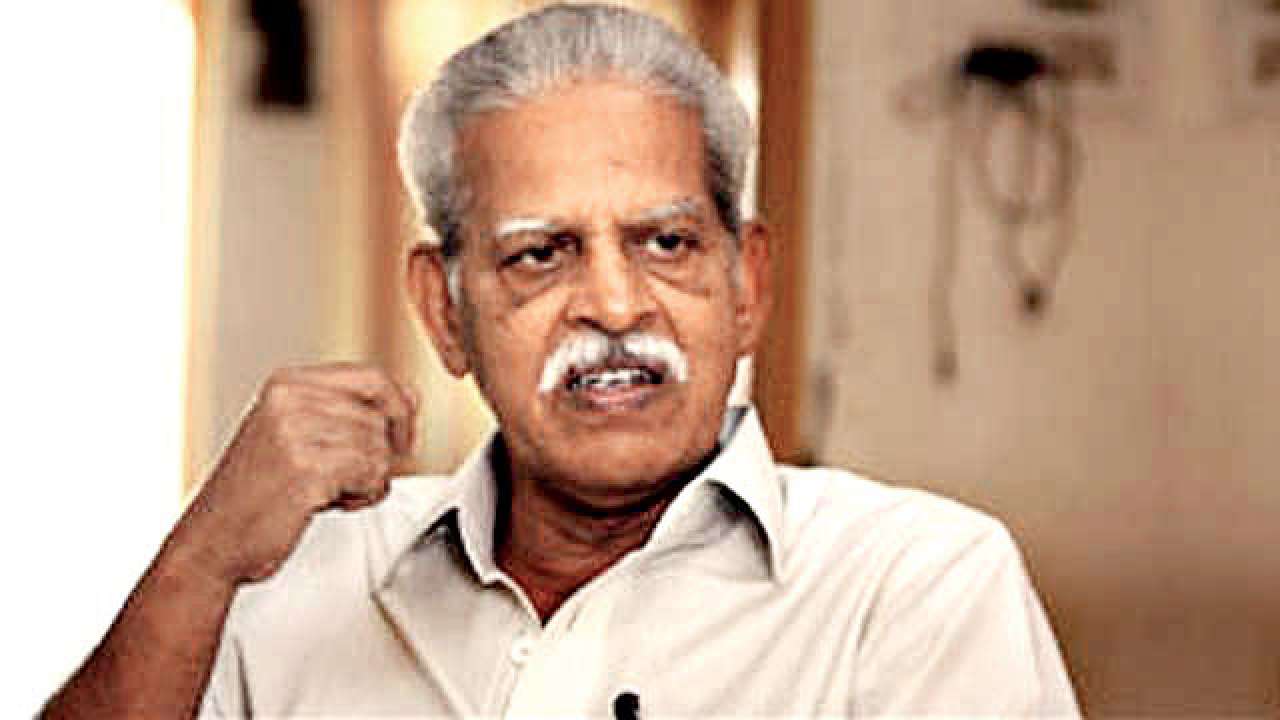 Where is justice for Varavara Rao?