There are few companies powerful enough to stand up to Narendra Modi, but social media giant Twitter is one of them. A few weeks ago, the social media giant stood its ground and refused to block the accounts of a number of politicians, activists, and journalists who were speaking out against government policy regarding the farmers’ protests.

The government had submitted a government order calling for these accounts to be withheld on the grounds that their tweets were inciting violence and encouraging the breakdown of law and order during the farmers’ protests. Some accounts were blocked for several hours – including The Caravan, an independent magazine, and Kisan Ekta Morcha, a group representing the protesting farmers – but then restored.

To be clear, they were not spreading hate speech or inciting violence; they were simply sharing their views on the protests and reporting what was going on.

After restoring the accounts, and refusing to block others that the government demanded should be silenced, Twitter issued a statement:

“We do not believe that the actions we have been directed to take are consistent with Indian law, and, in keeping with our principles of defending protected speech and freedom of expression, we have not taken any action on accounts that consist of news media entities, journalists, activists, and politicians. To do so, we believe, would violate their fundamental right to free expression under Indian law.”

The government reiterated its demands, and then threatened Twitter representatives with legal action. For them, it’s about free speech. For the government, it’s about control.

Now the government has hit back at Twitter and other social media platforms with proposed new laws increasing regulation.

These are the main points:

Amit Shah, the Union Home Minister, tweeted his congratulations to Narendra Modi when the new laws were unveiled with the hashtag #ResponsibleFreedom, and supporters of the news laws are celebrating them as a step towards ending online bullying - particularly the harassment of women.

Who could argue with regulation that both protects freedom of speech and also makes people responsible for good online behaviour? The idea of “Responsible Freedom” conjures up a vision of a Twitter where users listen to each other and respond with respect, wisdom, and thoughtfulness.

It’s certainly an ideal to strive for: online bullying and harassment is a real problem, one that leaves people too afraid to speak out for fear of trolling. Women who speak out suffer shocking levels of online abuse.

Yet, if these laws had already been in place a month ago, the world would have heard a very one-sided report of the farmers’ protests. Journalists would have found themselves unable to do their job. Activists and protesters would have been silenced. This is not “responsible freedom”. It is freedom to support the government; censorship for anyone who does not.

As yet none of the major social media organisations have issued a public response to the new laws. Whatsapp has previously said that it cannot comply with requests to disclose users’ identity, since this would compromise their privacy policy – yet in India it will soon be obliged to do so.

All the large global social media platforms are heavily invested in India: Whatsapp has 530 million users in the country, YouTube 448 million, and Facebook 410 million. For Twitter, India is their third biggest market after the US and Japan, with 17.5 million users.

But the Indian government is not afraid to curb social media giants, even when it means a huge loss of investment. In June 2020 Modi took action to ban TikTok, which had over 200 million users – the biggest market outside its home country of China – and this remains in place, despite the loss of US $1 billion of investment from the company.

A new social media platform - where everyone agrees 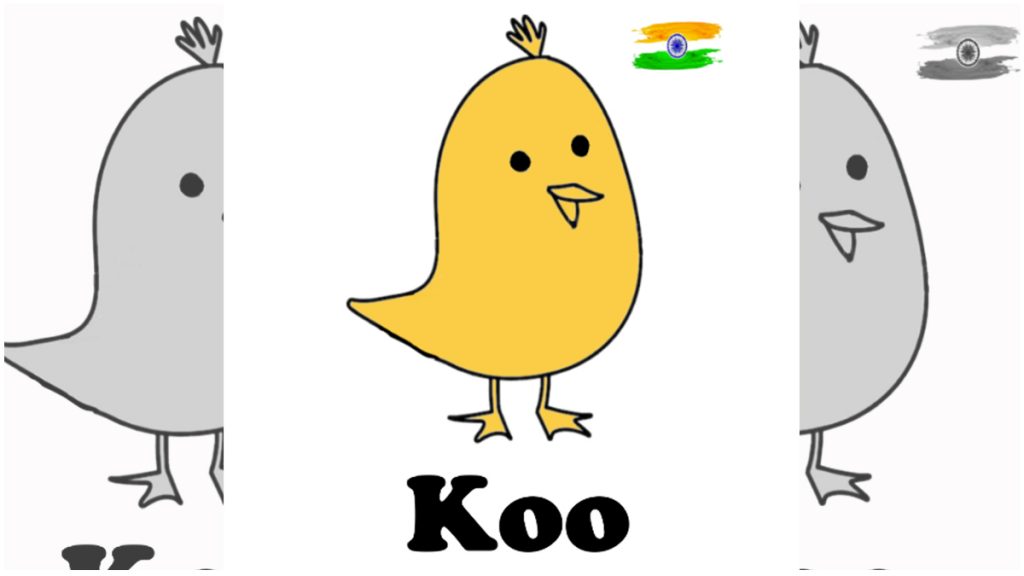 Perhaps in anticipation of shutting down Twitter, the last few weeks have seen an explosion of activity on a new platform. Over two million people signed up at the beginning of February. Koo is just like Twitter: it styles itself as “the voice of India in Indian languages”, and “koos” are limited to 400 characters.

There are two major differences, however. First, Koo is a platform that Modi’s government can control, unlike the US-based Twitter. Second, it hosts a very different kind of conversation; so far it is an echo chamber almost entirely populated by BJP politicians and their supporters.

According to a report on Buzzfeed, “on Koo, Hindu supremacism runs wild, and hate speech against Muslims, India’s largest minority, flows freely.” People have already spread conspiracy theories about Muslims spitting in people’s food to spread disease, and shared comic strips showing Muslim men as members of a bloodthirsty mob.

Every social media platform struggles with regulating hate speech, but Twitter and Facebook are gradually increasing levels of scrutiny so post like this would, usually, be reported and removed. Koo has no team of moderators.

Technology is changing fast, and no one has found the perfect solution to moderating content posted on social media. Everyone should have the right to express themselves, but there are limits: spreading hate speech is unacceptable, particularly when it incites people to violence against a particular group or individual.

We know that Modi’s government has no respect for freedom of expression. Journalists suffer intimidation and are prevented from reporting the truth; the media has come under increasing government control; academics, artists and activists are imprisoned without trial for speaking up for social justice.

The government’s attempt to block Twitter accounts during the farmers’ protests was focused on activists criticising government policy. Meanwhile, government supporters who spread hate and misinformation are free to speak out.

With the new laws regulating social media, and a new national platform, Modi has strengthened his control of public discourse yet again. Free speech in India has never been in so much danger.