It is difficult for news organizations and journalism scholars to determine the value of audience engagement – not because engagement itself is not worth pursuing, but because the term is so loosely defined and inconsistently implemented.

Journalists are being asked by their bosses to do things that go beyond reporting the news. Mihajlo Maricic/ iStock / Getty Images Plus 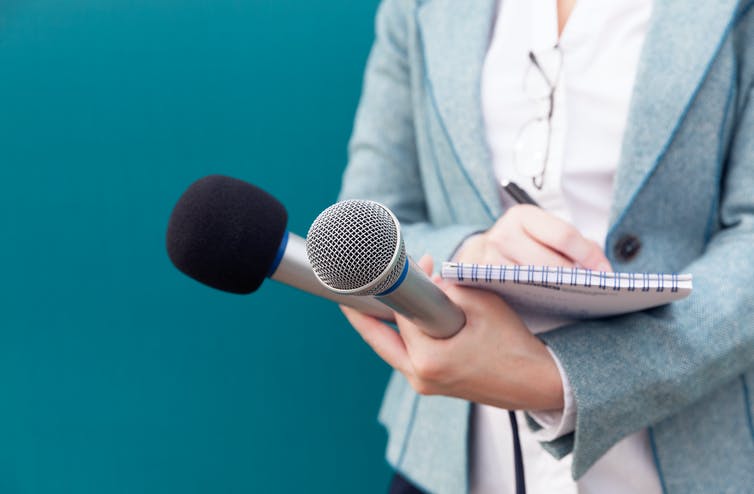 News organizations are trying to do a better job connecting with their audiences, in hopes of overcoming the profession’s credibility problems and ensuring its long-term survival.

To do this, a growing number of newsrooms have for years embraced what’s called “audience engagement,” a loosely defined term that typically refers to efforts to increase the communication between journalists and the people they hope to reach.

These efforts take many forms, and vary from online – for example, the use of social media to interact with readers about a story after it’s been published – to offline – for example, meetings between journalists and community members to discuss a story currently being produced.

At its best, engagement shows audiences that journalists are real people, with the training and skills necessary to provide accurate information that is trustworthy. It also offers people an opportunity to contribute their ideas about how their communities should be covered, allowing news consumers a larger role in shaping their own stories.

This outcome is especially important for communities of color, who have long been ignored or misrepresented by newsrooms that have historically comprised mostly white, middle-class editors and reporters.

But not all efforts have produced the intended results.

Audience engagement sometimes leaves journalists feeling worse about their readers than they did before.

As I describe in my new book “Imagined Audiences: How Journalists Perceive and Pursue the Public,” how journalists listen to their audiences, and the size of those audiences in the first place, are two important factors when it comes to journalists’ attempts to engage with their audiences.

As part of my research, I interviewed journalists at the Chicago Tribune, many of whom described the newspaper’s audience as massive and broad. They spoke about listening to that audience via emails and social media platforms like Facebook and Twitter. Those interactions were typically not meaningful, constructive conversations, they said. More often, they were belligerent, angry and even threatening.

“They’re not reaching out to these people with story ideas,” one journalist said about the readers’ comments to reporters. “They’re just telling them, ‘You suck and you’re ugly and you’re biased and your hair sucks.’”

This type of audience feedback is increasingly widespread, and is indicative of what journalism studies scholar Thorsten Quandt calls “dark participation,” which he defines as “the evil flipside of citizen engagement.” It is also typically focused more at female journalists than their male counterparts.

BuzzFeed journalist Anne Helen Petersen described remarks she hears on social media in a report for Columbia Journalism Review: “Rot in hell. You’re a cunt. Maybe you wouldn’t be so mad if you weren’t so ugly.”

As one of the Tribune’s columnists said when asked about the trolling they often encountered: “When they all come after you at once, it kind of gives you the chills a little bit.” 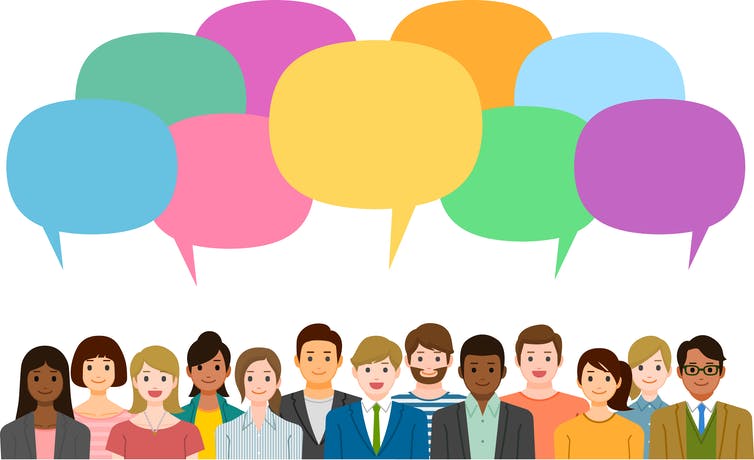 As I found in my research, journalists’ aggravation in these situations is compounded by the fact that their bosses don’t give them much in the way of instructions about how best to deal with them.

One Tribune columnist explained that the newspaper’s guidance is informal, often coming after the fact.

“If I get a really crabby email, I’ll send a smart-ass response of some sort,” that columnist told me. “And I got an email one time (from my editor) saying, ‘Please don’t pick fights with the readers.’”

The lack of guidance when it comes to audience engagement at large news outlets with huge audiences has begun to cause public disagreements between journalists and their editors.

Last January, for example, the Washington Post suspended reporter Felicia Sonmez for tweeting about the allegations of sexual assault against Kobe Bryant, just hours after he died.

“A real lack of judgment to tweet this,” wrote Martin Baron, the newspaper’s executive editor at the time, in an email to Sonmez. However, after Post staff rallied to her defense, writing in a letter that the case “reflects fundamental flaws in The Post’s arbitrary and over-broad social media policy,” Sonmez was cleared to go back to work.

The guidance that journalists receive from their managers varies from one newsroom to the next, as does the amount of leeway they receive when it comes to expressing themselves on social media.

As The New York Times’ media columnist Ben Smith points out, some news outlets are more encouraging than others when it comes to journalists communicating with their audiences via social media platforms like Twitter.

But, Smith adds, “Caught in the uncomfortable middle are the defining American news brands – The Times, The Washington Post, CNN and NBC – where managers alternate between sending irritated emails and biting their tongues, and journalists marvel and complain at the question of who gets away with what on Twitter and who gets in trouble.”

What makes matters more confusing, according to Emily Bell, the director for the Tow Center for Digital Journalism at Columbia University, is the fact that social media policies for journalists tend to be hard to find, out of date and inadequate. She concludes that “reporters want more rather than less guidance on how to work on social platforms.”

This situation raises an important question: How should journalists interact with the public in a way that doesn’t leave the journalists upset or at odds with their managers?

Not all news outlets struggle with this question. I observed in my research that journalists find engagement less frustrating, and more rewarding, when it takes place with small, niche audiences, rather than a single, mass audience. They also find more value in their engagement efforts when those efforts unfold in face-to-face meetings rather than the more impersonal, online back-and-forths that the Tribune journalists described.

But this type of engagement isn’t feasible for larger news outlets with huge audiences spread throughout the country or across the globe. These outlets, which include the Tribune, The New York Times and others that boast huge, sprawling audiences, could instead start taking seriously the “dark participation” – really, the abuse – that their journalists face if they are to continue encouraging those journalists to pursue more engagement with their readers.

The news organizations could also get more explicit when it comes to describing how journalists should engage with their audiences, how they should not and, perhaps most importantly, what the expected outcomes of that engagement are.

Right now, it is difficult for news organizations and journalism scholars to determine the value of audience engagement – not because engagement itself is not worth pursuing, but because the term is so loosely defined and inconsistently implemented.

That hasn’t stopped smaller, more niche news outlets from increasingly turning to what journalism scholar Andrea Wenzel calls a “community-centered” approach to engaged journalism that emphasizes deliberate, in-person discussions between journalists and citizens. This approach is intended to improve the quality of local journalism by making journalists more aware of and knowledgeable about the people they hope to cover. It’s also designed to restore trust in news, by making communities feel more connected with the people tasked with telling their stories.

But the world’s biggest brands in news may find this approach incompatible with their pursuit of large, geographically widespread audiences. If those outlets decide to embrace this approach regardless, they will likely need to reevaluate how they think about their audiences. That might lead those outlets to move away from a mass audience approach to journalism to one focused on earning the trust and loyalty of smaller, niche audiences.

As newsrooms continue the difficult work of deciding how best to restore the public’s trust in their reporting, they would do well to consider not just the opportunities that audience engagement presents, but its risks and challenges as well.