Less than a month has passed since two lawyers in Telangana were brutally murdered in the middle of the day, on 17th February, with bystanders looking on. Gattu Vamana Rao and his wife Nagamani were attacked and killed because both had been behaving professionally, as lawyers should, and refusing to tolerate corruption.

It is clear that the murder was planned, and that local politicians were involved.

This is the cost of speaking up for justice and transparency in today’s India: to be hacked to death in the street with knives and sickles.

Yet the story has already been forgotten, replaced by the next news item. It hardly even made the national papers.

It is an extreme example of how far some politicians feel they are above the law, and a shocking reminder that those who defend democracy in India – whether journalists, activists, or lawyers – put themselves in danger every day.

The real problem, however, is that no one seems to care.

Why didn't this case make the headlines?

Vamana Rao and Nagamani (left), and the scene of the murder (right) 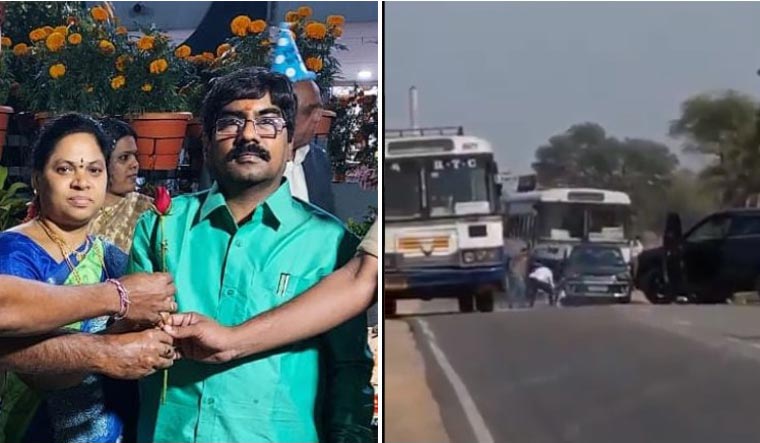 If you don’t live in Telangana, you may not even have heard about the killing of Vamana Rao and Nagamani. The state’s Chief Minister, K. Chandrashekhar Rao, made no statement, despite the apparent connection between the killers and his own party, the TRS (Telangana Rashtra Samithi).

There were short accounts of the crime in The Hindu, the Times of India, and a few other national news platforms, but little else. There was no follow-up, no serious media coverage, and no national outcry.

There was less written about this murder than about the latest test match.

India still has the capacity for collective horror when confronted with such shocking crimes. In 2012, the brutality of the Delhi rape case sparked a national movement that brought tens of thousands out in protest, and provoked serious reflection on the safety and dignity of women in India.

This case could have done the same – but here, the issue is one of justice and political corruption. How have we reached a point when members of the judiciary are being terrorised into silence? When both the political landscape and the police force can get away with murder? When violence can intimidate the law?

In other circumstances, it would be the kind of story that would make headlines. But in this case, any deeper analysis leads to uncomfortable questions.

As Rao lay dying, he named two of his killers. It was recorded on video – the evidence could not be clearer. Both were members of the TRS. It is also on record that the couple had complained of police harassment over the last year. Taking a closer look at this case means asking hard questions about police corruption, and about political corruption. And that is precisely what the Indian government – which controls the Indian media – would prefer us not to do.

An attack on the judiciary

The Bar Council of India has written to the Telangana High Court, describing the crime as an attack on the judiciary. A few days after it happened, hundreds of lawyers met for a peaceful protest in Hyderbad, and called on the government to take action to defend their safety.

Neither the state government nor the national government has issued any statement in response. Instead, forty of the lawyers involved in the protest were detained by the police.

“We consider that the brutal murders have been sponsored by the state. The government failed to act against the culprits. Hence, there are apprehensions among the fraternity,” Narasimha Reddy, chairman of Bar Council of Telangana, told The Federal.

They have every right to be afraid. Nagamani and Vamana Rao were courageous enough to file a number of Public Interest Litigations against powerful people. It led to their deaths. And they are not the only lawyers to have faced dangerous repercussions for doing their duty. Another advocate specialising in Public Interest Litigations, Chikkudu Prabhakar, said that the state had brought a number of unfounded criminal cases against him in retaliation for his professional work. And just days after Rao and Nagamani were killed, lawyer Siddharth Singh Chowdary was violently attacked by his own clients at his Hyderbad office after he lost a civil case.

This was not an isolated event. It was one episode in a wider attack on the judiciary, an attack on justice itself. Our journalists already face intimidation and violence for speaking truth to power. Now, it seems, our lawyers are also in danger.

One article in the Hindu provided a short update last week: Vamana Rao’s father had filed a petition to the Telangana High Court asking that the case be transferred from the local police to the CBI. In his plea, he stated that the police in charge of investigating the murder were failing to look into the real reasons behind the crime.

The police, he alleged, were framing the killing as motivated by the couple’s work on a temple issue, and ignoring the facts. Why? To avoid having to investigate the extent to which both local politicians and the police themselves may be implicated.

The couple had received threats from politicians, and made an official complaint of harassment against the police.

According to Vamana Rao’s father, both his son and daughter-in-law had filed Public Interest Litigations against local politicians regarding mining and the local sand mafia, notorious in Telangana. When Nagamani took up the case of the death of a Dalit man, Seelam Rangaiah, while in police custody, it put her on the wrong side of the police force as well as politicians.

All eyes are on the TRS, to see how the party responds to further evidence in the case over the coming weeks. Yet what of the police force? The local police cannot be trusted to conduct a full and fair investigation into the killing of two people they themselves had been guilty of persecuting.

We have lost the will to act

The murder took place on a busy road, in the middle of the day. The couple were dragged out of their car and killed in full view of bystanders, including the passengers of two buses that had been forced to stop.

No one took action to help the couple. Instead, a few took videos of the killing on their phones. No one even called the ambulance or police.

It is easy to blame the people who were there that day and did nothing. Yet we are all guilty of the same thing. Whether out of apathy, fear, or a feeling of powerlessness, we have become spectators in a drama rather than engaged citizens.

There could be no clearer example of the extent of the corruption within politics, and within the police. Members of the judiciary face threats and intimidation on a daily basis.

It’s time to do more than just watch. This is a moment to come together in condemning the attack on the judiciary, and to stand up to those who threaten Indian democracy.

on this page...
Why didn't this case make the headlines? An_Indian
An attack on the judiciary An_Indian
Police corruption An_Indian
We have lost the will to act An_Indian
options
share visibility
Related articles 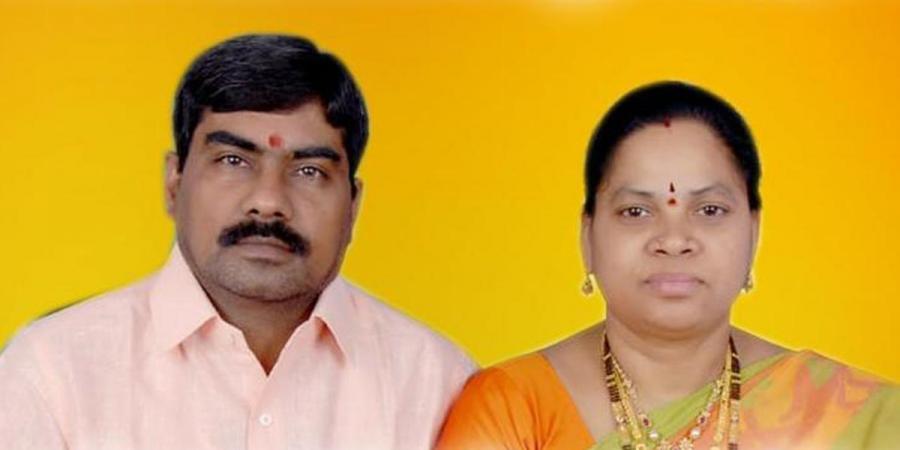