Just eight of the 140 Fed presidents appointed since 1914 have been women, as are barely a fifth of current members of the National Bureau of Economic Research – one of the most influential economic policy think tanks in the U.S. 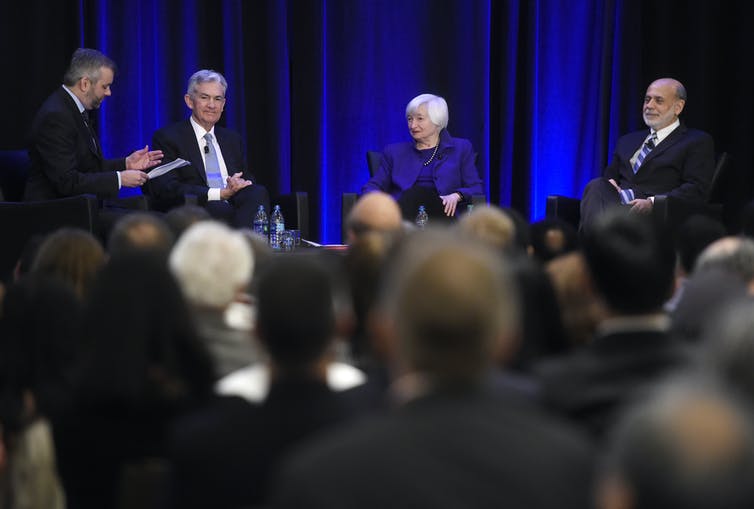 There is no shortage of disciplines and industries rife with sexism. The STEM fields – science, technology, engineering and mathematics – are particularly well known for their misogynistic cultures.

But I believe, based on my personal experience, the experiences of my fellow female economists and hard data, that there’s a strong case to be made that economics is the worst academic field in which to be a woman.

And the consequences of this aren’t felt only by the women who work in the field and must endure sexist policies and hostile behavior. Government policies would likely look very different were more women involved in drafting them.

Most people realize that women are underrepresented in STEM fields. But even though women are actually less well represented in economics, there seems to be little awareness of how bad things are in that field – and how slowly they’re changing.

The field of economics is dominated by men, in terms of both faculty and students, with disproportionately few women and members of historically underrepresented racial and ethnic minority groups, relative to the overall population and to other academic disciplines.

By rank, women represent fewer than 15% of full professors in economics departments and 31% of faculty at the assistant level. Altogether, just 22% of tenured and tenure-track faculty in economics are women, according to a survey the American Economic Association conducted last year.

By many measures, the gender gap in economics is the largest of any academic discipline. For example, women received about 30% of doctorate and bachelor degrees in economics in 2014 – the same as in 1995 – compared with 45% to 60% of degrees in business, humanities and the STEM fields. That’s the latest year for which comparable figures are available.

Nationwide, there are about three men for every woman majoring in economics, and this ratio has not changed for more than 20 years. Women are even underrepresented in economics textbooks, in both real-life and imagined examples.

Both the tech sector and the film industry committee that hands out Academy Awards – two groups called out in recent years for their lack of diversity – have better representation than the field of economics.

A lack of role models and sexism 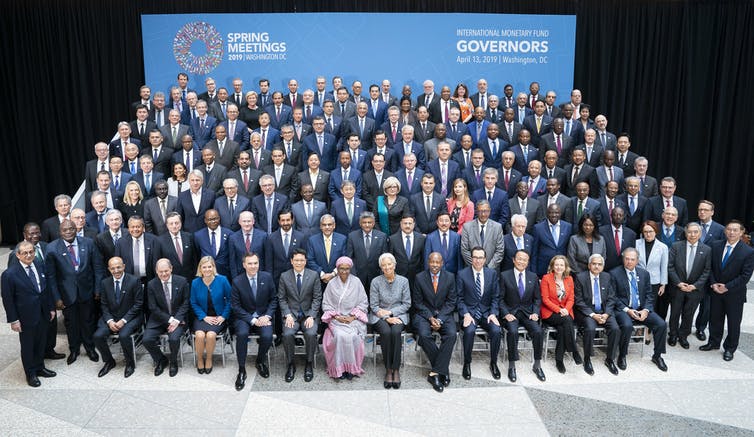 It may seem strange that the field of economics would have such a gaping gender gap when one of the most powerful economists in the world, Janet Yellen, is a woman. She’s currently the U.S. treasury secretary and was chair of the Federal Reserve from 2014 to 2018.

But she is among the exceptions.

Women are notoriously underrepresented at the top of the economics field. Just eight of the 140 Fed presidents appointed since 1914 have been women, as are barely a fifth of current members of the National Bureau of Economic Research – one of the most influential economic policy think tanks in the U.S.

This can also been seen in how few economic-related awards are given to women, including just two Nobel Prizes in the field since 1969.

This lack of role models for female students interested in the field of economics is one of the reasons that fewer women study economics in college or graduate school.

However, I believe the biggest reason for the gender gap is the widespread sexism in economics departments, which has been well reported and documented. For example, a 2019 American Economic Association survey, which drew 9,000 responses from current and former members, found that nearly half of women reported that they had been discriminated against on the basis of sex or didn’t speak at conferences and have kept away from social events to avoid possible harassment and disrespectful treatment.

A team of researchers recently tried to quantify just how much sexism women face when presenting papers and research data to their peers. They found that women are not only asked more questions during their presentations than men but that these queries were more likely to be patronizing or hostile – something that I and many of my female peers have firsthand experience with.

And a 2018 study of posts on a popular economics jobs website found that nine of the top 10 words predictive of a post about a woman contained explicit sexual references. It also found that posts about women contained 43% fewer academic or professional terms and were 192% more likely to contain terms related to personal information or physical attributes.

But despite this evidence of sexism within the field, what is surprising to me is how many male economists don’t seem to think that gender-based hostility has any effect on the underrepresentation of women in the profession or that it even exists.

Recently, I mentored an economics student who was at a different university studying gender discrimination in our profession. She came to me because she was unable to find anyone in her all-male economics department willing to advise her. She said she was told that such discrimination doesn’t really exist in the field so it would be hard to do research on the topic.

Most of my female peers and I have experienced similar gaslighting – told that we are too sensitive, overreacting or taking it too personally when we brought up the issue.

Achieving more gender and other kinds of diversity in economics isn’t just about political correctness. Diversity leads to better results and policies by altering group dynamics and decision-making.

Decades of research by organizational scientists, psychologists, sociologists, economists and demographers show that being around people who are different from ourselves – and not just by gender, but by race, class, ethnicity and sexual orientation – makes people more creative, diligent and hard-working.

And the economics profession doesn’t just have a gender problem. It has a terrible track record on race, too. While Black people make up about 13% of the U.S. population, they make up less than 3% of economic doctoral graduates, 2% of full professors and less than 1% of the staff at the Fed in Washington.

This lack of gender and racial diversity has consequences for policy. In terms of gender, for example, women economists are much more likely to believe that regulations in the U.S. are not excessive, that the distribution of income should be made more equal and that job opportunities are not the same for men and women, while policies over the last few decades have generally favored opposing objectives.

If the ultimate goal of economic research is to develop and communicate lasting insights, this evidence suggests that the value and impact of the economics profession is not only failing women in economics, it is failing everyone.