The crisis has brought out the best in us.

All sorts of organisations have stepped up to help those in need over the past year, from companies to Indian non-profits to international NGOs.

Yet one of the most positive – and overlooked – aspects of this crisis can be seen in the individual citizens who have taken the initiative to look after the poorest in their own communities. These local heroes proved that you don’t have to be a celebrity millionaire to help.

Here are just a few of their stories.

Srini Swaminathan used his experience in fundraising to help the homeless

Srini Swaminathan, 41, is a social development consultant from Chennai. Early on in the lockdown, when he saw the thousands of migrant workers heading out of the city and returning to their home villages, often sleeping on the streets and on the brink of starvation, he withdrew his Rs 1 lakh of savings and brought them food and water.

Seeing how much it could help people, he took the idea further; he set up a crowdfunding campaign and raised another Rs 40 lakh. It’s all been spent on providing food packages to the homeless, as well as essential hygiene products - even some toys for the children.

“It’s all about paying it forward,” says Swaminathan. “Now it is the time to give it in abundance to those in need. If you cannot help the hyperlocal community around you, even in little ways, change will never happen.”

Mahita Nagaraj, a digital marketing professional from Bengaluru, realised the impact of the crisis on old people early on in the lockdown. Two of her friends, one in the UK and the other in the US, called to ask if she could visit their elderly parents and take them some food and medicine.

It’s not unusual for children to move away from their parents, whether to another city or the other side of the world, and it meant that some of India’s elderly – those most vulnerable to the virus – had no family nearby to help them get through.

Nagaraj decided to post a message on Facebook, asking people to get in touch if they needed help. The response was overwhelming – not just from those in need, but also from people who wanted to do something to help. So she set up a group called Caremongers India, a counterweight to the spread of scaremongering: “We are telling people to stop spreading fear and panic, and instead spread love," she says.

After only a week, more than 6500 volunteers across India had signed up. Now, when someone gets in touch because they’re unable to get food or medical supplies, Nagaraj matches them with a “caremonger” in their area who can make sure they get what they need.

Acts of kindness don’t have to involve crowdfunding campaigns and Facebook groups. Throughout India, people have been doing whatever they can.

Abdul Kader, aged 60, from Kerala, decided to open up his home to stranded migrant workers, making sure they had good food and a place to stay. He’s happy to do it, he says, because he was once in their place. When he emigrated to Dubai forty years ago, he started off cleaning tables, then managed to get a job as a telephone operator. The money he saved helped him afford a large house when he returned home. Now, he’s sharing it with the people who need it most.

Some his guests have stayed, and Abdul Kader has employed them to work in his fields and help grow more food to feed the community. He doesn’t worry about the expense. "That's ok. What if the corona takes me tomorrow?” he says. “The best thing money can do is the satiate the hunger of a person."

"Take what you need": Kindness to strangers is part of our culture 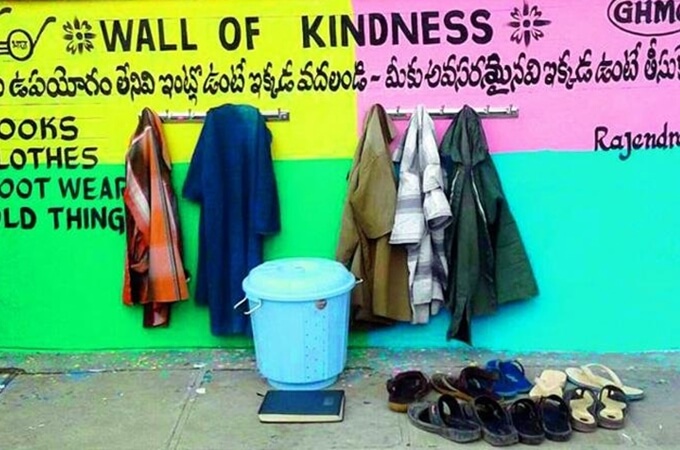 Exhaustion, stress, and the atmosphere of uncertainty haven’t stopped people from doing all they can. Lockdown didn’t keep people apart – sometimes, it brought them together.

Social media has helped. These days, a quick online search for “how to fundraise online” will give you hundreds of good ideas for how to raise money to benefit others. Some people simply don’t have time, but instead they donate anything they can spare – including those on low incomes.

“In the Indian context, we need a billion givers rather than a billion dollars by a single giver. An early and widespread culture of giving is what suits us better,” says Anand Mahindra, founder of Nahni Kali, a platform that enables anyone to pledge a small donation every month – from as little as Rs 10 – towards empowering Indian girls and ensuring that they receive an education.

Kindness to strangers is deeply rooted in Indian tradition. Anyone can show generosity, from crorepatis to the seven-year-old who sent his life savings - Rs 845 - to the Tamil Nadu Chief Minister, asking him to put it towards “fighting the corona disease.”

Filling the gap in state care

India’s experience of shoddy government over has left people with a keen awareness that unless they take responsibility, the most marginalised will be left destitute. Even before the pandemic, India boasted the highest number of people volunteering and donating of any country in the world, according to a 2019 report. Most of this “everyday giving” is informal and local, motivated by religious traditions such as daan, seva, zakat, and langar.

This is the kind of mutual care that has got India through the coronavirus crisis, despite the fact that a further 75 million people were pushed into poverty in 2020. It is something India should be proud of. It is a sign of hope for the future, as the climate crisis threatens to make survival even more precarious. Whatever happens, people will look after each other. These informal networks of generosity are the foundation of resilience. 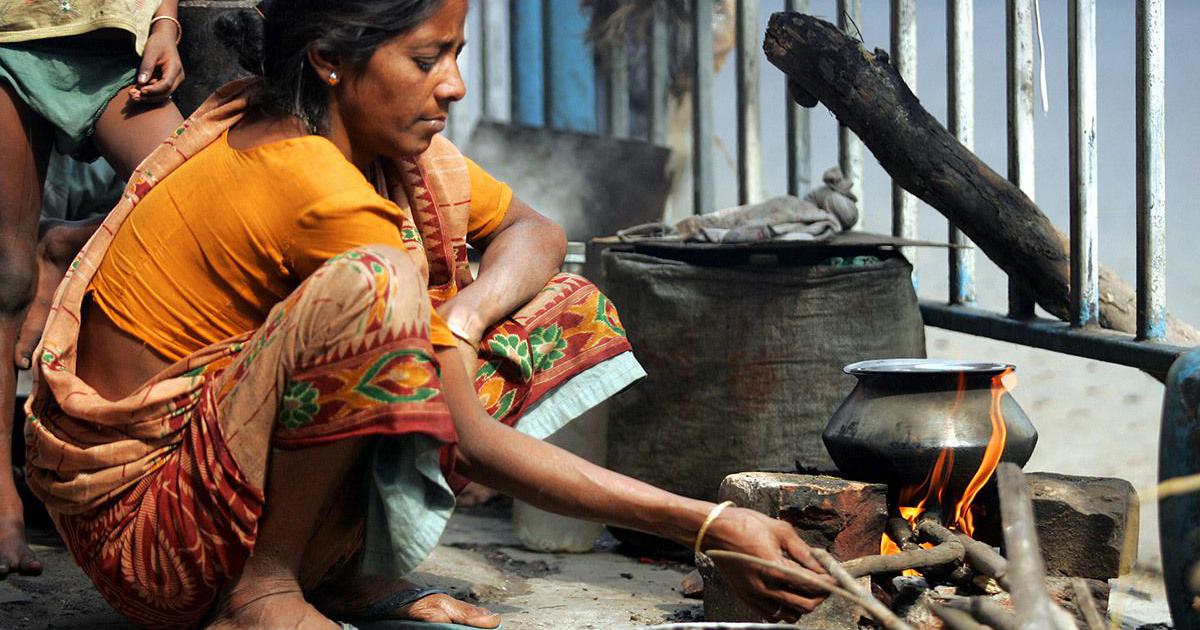