The core of every debate about Andhra Pradesh and Telangana is the city of Hyderabad.

When Andhra State and the Telangana region joined to form the state of Andhra Pradesh in 1956, there was no question of where the new state capital should be. Hyderabad has always been one of the greatest cities in India; today, it is the fourth biggest city in the country, after Mumbai, Delhi, and Bangalore.

The question of the capital

When the state was divided in 2014 to create an independent Telangana, it raised questions about a state capital for Andhra Pradesh that are still unresolved seven years later. Hyderabad is in the Telangana region, so it would clearly become the capital of the new Telangana. Which city, then, would be the capital of Andhra Pradesh?

The agreement allowed for a ten-year transition period, from 2014-2024, during which Hyderabad would continue as joint capital for both states. Andhra Pradesh’s government at the time, led by the Telugu Desam Party (TDP), chose the city of Amaravati, on the Krishna river in coastal Andhra, as the state’s new capital.

Amaravati is very different from Hyderabad, with a population of only just over 100,000 in the city itself and nearly 6 million in the surrounding metropolitan area. Compared to Hyderabad, a mega-city with a population of over 10 million, it’s very small. As soon as the decision was taken to make it the capital, development projects started. Small cities can grow fast, with enough investment and opportunities.

But everything changed in 2019: when Y. S. Jaganmohan Reddy, leader of the YSR Congress party, was elected as Chief Minister of Andhra Pradesh, he announced that the state would have not one but three capitals: Amaravati would remain the legislative capital, while Visakhapatnam would become the executive capital and Kurnool the judicial capital. As a result, thousands of farmers who had contributed their land for the development of Amaravati took to the streets in protest; two years later, the issue has still not been satisfactorily resolved.

The history of Hyderabad

Hyderabad in the mid-20th century 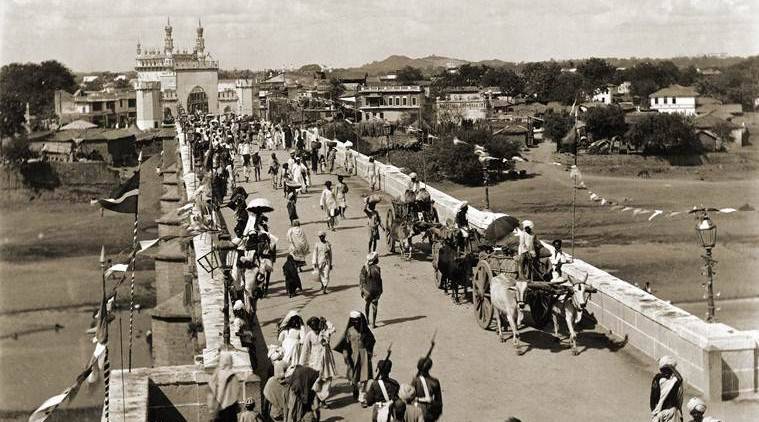 Andhra Pradesh was left with this complex question of capitals because Hyderabad had come to dwarf all other urban centres in the state. How did this happen? What made the city so special?

Hyderabad has a long history stretching back to the sixteenth century, and its location has always been of great importance, connecting the north and south of India.

When foreign forces began the colonisation of the subcontinent in the eighteenth century, the Nizam of Hyderabad – the regional ruler – surrendered the coastal area – now Andhra Pradesh – to the British East India Company, retaining the city of Hyderabad. During the period of the British Raj, up until India’s independence, Hyderabad remained a semi-autonomous princely state ruled by the Nizams.

Modernisation only began in the first half of the twentieth century, with electricity, running water, underground drainage, and telecommunications bringing the city up to date. By the 1950s, it was exceptionally developed: "Hyderabad has all the amenities which Delhi has, and it is a far better city than Delhi,” noted B.R. Ambedkar, chairman of the committee that drafted the Indian Constitution, in 1955. 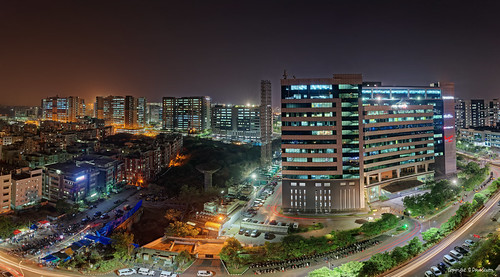 As capital of the new state of Andhra Pradesh, Hyderabad continued to grow. In 1956, it already had a population of 1.2 million, second only to Delhi. Hundreds of thousands of migrants from other parts of Andhra Pradesh, as well as those from further afield, flocked to the city, establishing new businesses and changing the cultural, economic and political landscape.

The development of heavy industry around the city during the 60s and 70s brought even more people to the city as manufacturing activities developed, particularly the pharmaceutical business, as well as textiles and cigarettes.

From the early 1990s it expanded ever faster, with a population of 4.2 million in 1990 rising to 10 million in 2020, as it become a hub of trade and commerce, and an international centre for Information Technology.

IT and related service industries have come to represent the majority of the city’s economy, thanks to a development plan that began in the early 1990s. Chandrababu Naidu, the state’s Chief Minister, had a vision of transforming Hyderabad into one of the world’s leading cities for Information Technology, a ‘knowledge enclave’ similar to America’s Silicon Valley. The World Bank agreed to the proposals, bringing substantial foreign investments for the city’s transition. The Andhra Pradesh government partnered with Larsen & Toubro, one of India’s largest multi-national companies, to build HITEC City (the Hyderabad IT and Engineering Consultancy City), putting in enough investment to restructure Hyderabad into a vibrant hub for new technologies.

In 2002, Hyderabad became number one in the rankings of major cities in India for attracting businesses; it was officially the economic hotspot of the entire country.

The rest of Andhra Pradesh left behind

These developments and urban growth paid off for Hyderabad itself. Perhaps more than any other city in India, it was fully prepared for the twenty-first century. But what did this focus on the state capital mean for the rest of Andhra Pradesh?

Lopsided growth is nothing unusual in India: state capitals often become magnets for migration, and the bulk of the state’s revenues go towards boosting the economy of the main urban centre. Smaller cities and rural areas are neglected in consequence.

This was certainly the case in Andhra Pradesh. Everything centred on Hyderabad; no other city came close. The second biggest city was Visakhapatnam, with a population of only 2 million in 2011 compared to Hyderabad’s 8 million. Today, there is a significant amount of industry and pharmaceutical manufacturing, while agriculture and fishing remain the backbone of the state’s economy – yet, without Hyderabad, the new post-2014 Andhra Pradesh is a very different place.