One person has been particularly influential on the development of Andhra Pradesh over the last thirty years: Nara Chandrababu Naidu, sometimes known simply as CBN.

Chandrababu Naidu is the longest-serving Chief Minister in the history of the state, serving a total of fourteen years in office – both before and after the bifurcation in 2014. He is the National President of the Telugu Desam Party, and currently the leader of the opposition in the Andhra Pradesh state government.

Few people have played such a significant role in the state’s history.

Chandrababu Naidu was born in 1950, to a farming family in Andhra Pradesh. Despite coming from a humble background, he was strongly drawn to politics from a young age. He went to university in Tirupati, where he became a student leader of the Indian Youth Congress. Not long after, at the age of only 28, he was elected as an MLA for Chandagiri constituency, making him the youngest minister in the Congress cabinet.

Then, in 1982, the Telugu Desam Party (TDP) was formed, and achieved remarkable success in the polls the following year. CBN lost his seat, and changed his political allegiance to join the TDP soon afterwards.

N.T. Rama Rao, founder of the TDP, on an Indian stamp 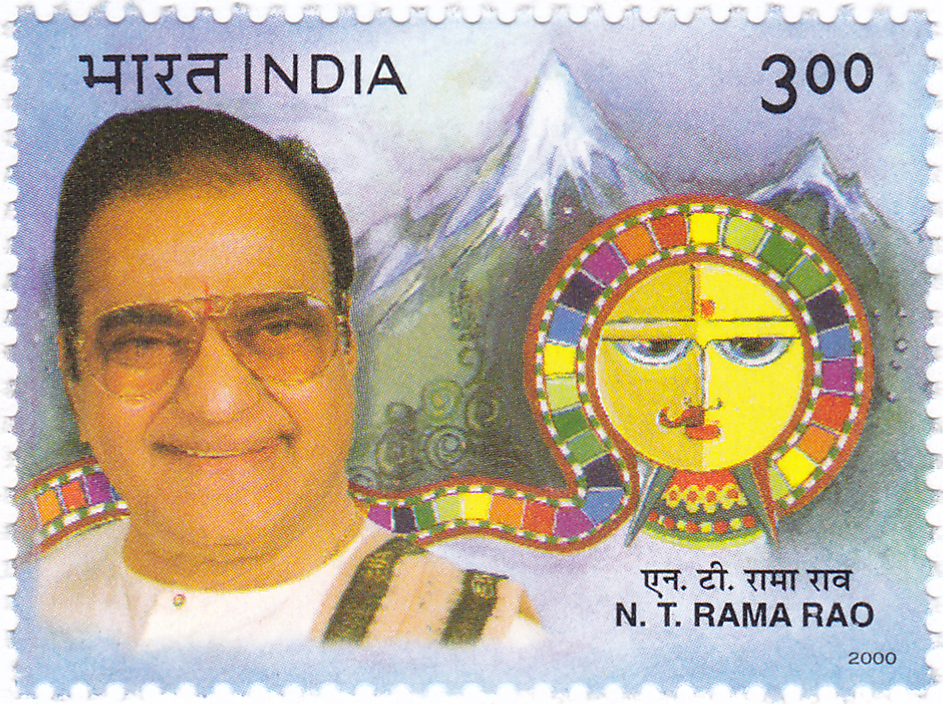 The founder of the TDP, N.T. Rama Rao – often known as NTR – was well-known as a star of Telugu and Indian cinema long before he began his political career. From the 1950s until the early 80s, he played the leading role in over 300 films, portraying heroes and even gods; in a 2013 poll, he was voted “greatest Indian actor of all time.”

Unlike many contemporary Bollywood stars who transition to a career in politics for the sake of personal wealth and power, N.T. Rama Rao became a genuine politician – someone who believed that change was necessary in order to create a better society. The Indian Congress Party (INC) had governed the state since its establishment in 1956, and were becoming increasingly prey to corruption and inefficiency: between 1978 and NTR’s election in 1983, there had been five different Chief Ministers, two of whom were in office for less than a year. N.T. Rama Rao saw no prospect for change within the INC, and so took the decision to start a new party.

He and Chandrababu Naidu were already on good terms: they had met while CBN held the post of cinematography minister in the state cabinet in the late 70s, and in 1980 they became family when CBN married Bhuvaneswari, NTR’s daughter.

The good relationship continued for a decade, with NTR as leader of the TDP – and Chief Minister for over six years – while Chandrababu Naidu became his right-hand man. Eventually, however, the partnership ended when CBN took the party leadership from NTR and was himself elected as Chief Minister in 1995.

CEO of the state

Cyber Towers, a landmark of modern Hyderabad, is evidence of CBN's development of the city 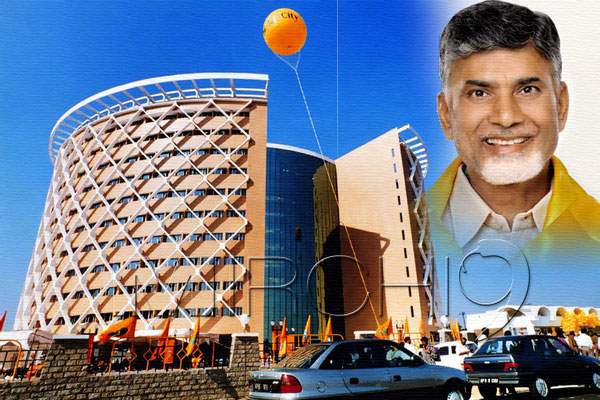 Chandrababu Naidu’s first term stretched from 1995 until 2004, when his political acumen and visionary quality came to the fore. His style of governing was more corporate than political, and he sometimes described himself as the “CEO of the state”. As a very future-oriented leader who believed in technology as the key to development, he was the driving force behind the development of Hyderabad into a cyber hub to rival Bengaluru, attracting powerful multinationals such as Microsoft and IBN. This was such a success that Time magazine named him South Asian of the Year in 2000, and published an article saying: "In just five years, he has turned an impoverished, rural backwater into India's new information-technology hub."

That meant some difficult decisions for the sake of economic reform: in the first years of his leadership, he cut food subsidies and raised power tariffs while focusing on long-term investment to bolster the crumbling state infrastructure.

The development of Hyderabad largely benefitted the more educated urban class, but other social development programmes - such as the Janmabhoomi Programme, which aimed to get local people involved in the regeneration of their areas – aimed to improve living standards for the majority who lived in rural areas. Villages and districts were encouraged to come up with ideas for projects – focusing on primary education, clean water, healthcare, and social welfare – which would then be funded and developed by the state government.

It was an experiment in increasing local good governance, and led to a great deal of improvement outside the cities. Millions of new trees were planted, while large numbers of people joined the movement to clean up garbage and improve sanitation with the goal of making each municipality “clean and green”. There was also a focus on empowering women, with microfinance schemes available to women’s groups and thousands of bicycles given away to girls who studied at government high schools.

CBN’s style is most clearly represented in his innovative decision to hold a live Q&A session once a week, “Dial Your Chief Minister”, broadcast on television and radio, giving the people of Andhra Pradesh the chance to call in and speak to him directly about any issues that concern them. It was the first time a Chief Minister had made himself so accessible to his state’s population.

CBN became Chief Minister again in 2014, after the bifurcation of Andhra Pradesh 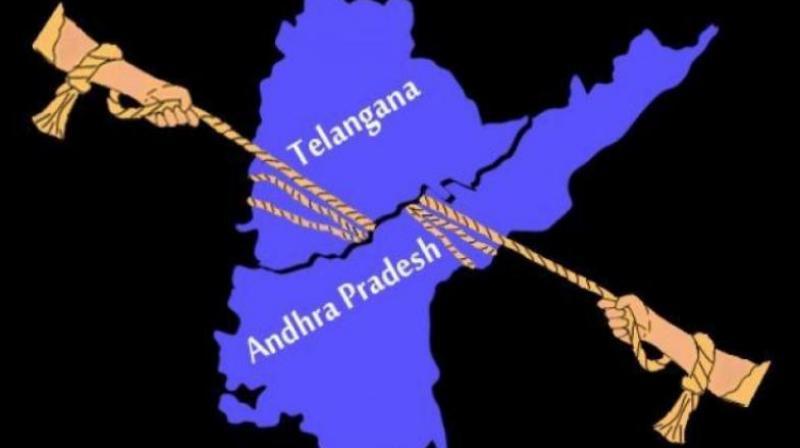 Chandrababu Naidu was reelected as the first CM of the newly bifurcated Andhra Pradesh in 2014, remaining in power until 2019. Having invested so much energy into the development of Hyderabad, now lost to the new state of Telangana, Chandrababu Naidu turned his transformative vision to the remainder of Andhra Pradesh, focusing on the potential of the long coastline in trade with China and on the future of solar power. Most important was the plan to build up a new state capital in Amaravati.

According to CBN’s vision, Amaravati would be developed from a small town to a major city and hub of international investment within a decade. To make this happen, he used an innovative land pooling scheme with local farmers, who agreed to contribute their land to the project in exchange for a share in the profits of urbanisation. The scheme was already underway and had attracted a large amount of international investment – until Naidu and the TDP was voted out in the 2019 elections, in favour of Jagan Mohan Reddy’s YSR Congress party.

Since then, the development of Amaravati has been largely abandoned following Jagan Mohan Reddy’s announcement that the new Andhra Pradesh would have not one but three capitals.

A mixed legacy, and a continuing political role

Chandrababu Naidu’s legacy is still up for debate. He is widely acknowledged as one of modern India’s greatest reformers, and his success in developing Hyderabad as a leader in technology is unquestioned. The affect of his policies on the rural areas of AP is more controversial, however: despite economic reforms and the long-running Janmabhoomi Programme, Andhra’s farmers still struggle. Over the past few years, there have been more farmer suicides than in any other part of India, and unemployment in rural areas rose while he was in office.

Yet with over four decades in politics, and nearly fifteen years as Chief Minister, it is certain that Chandrababu Naidu’s impact on Andhra Pradesh has been second to none in recent history - and he remains a much-needed voice of opposition in the state today.