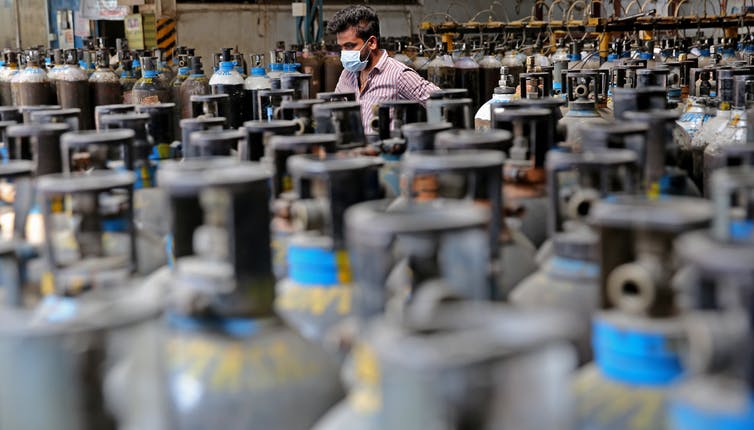 India reported 314,000 new cases of COVID-19 on April 22, the highest-ever infection tally recorded by any country on a single day.

Many hospitals across the country are unable to cope with the unprecedented demand for life-saving necessities. Family members are scrambling to buy oxygen cylinders and medication for their loved ones in hospitals, often paying exorbitant prices in the black market.

Around the world, several countries such as the UK, Australia, New Zealand, Canada and Pakistan, have imposed new restrictions on travellers from India, including flight bans.

While many countries around the world have faced multiple waves of infections, what has led to this massive — and sudden — spike in India?

Complacency is certainly to blame. But so, too, is the government’s feckless handling of the crisis, particularly Prime Minister Narendra Modi’s ineffective leadership in recent weeks.

Perhaps nothing illustrates this more clearly than Modi’s televised address this week in response to the growing crisis, when he sought to use his personal appeal to encourage Indians to practice COVID-safe behaviour.

He offered little in the form of concrete measures to contain the surge in infections, and counselled the state governments against using lockdowns. Unlike Modi’s public addresses during last year’s first wave, there was little that appeared to resonate across society.

India was one of the first countries to enforce a nationwide lockdown when infection rates started to rise in March 2020, and this response, along with public vigilance, appeared to be successful in bringing cases under control. New cases peaked at nearly 100,000 in mid-September to under 10,000 in early February.

As case numbers declined, Modi’s popularity soared. And since late last year, businesses, government offices and ordinary people have returned to their pre-COVID routines, with many defying guidelines on wearing masks or practising social distancing. Some did so out of necessity to enable them to work, while others simply flouted norms out of arrogance or sheer ignorance. It was as if COVID-19 was no longer a major concern.

The complacency and pandemic fatigue evident in society was echoed in the actions of the Modi government. The government dropped its guard and started to boast about its success at controlling infections and India’s low mortality rate compared to many other countries.

Following a win for his party in the elections in the populous state of Bihar in November, Modi claimed the

results have endorsed the way we have tackled the coronavirus crisis situation in the country.

However, the situation in the country now is looking increasingly grim. So, what did the government get wrong?

A maskless Modi addressing his party’s supporters during an election rally in Assam in early April. PRANABJYOTI DEKA/EPA 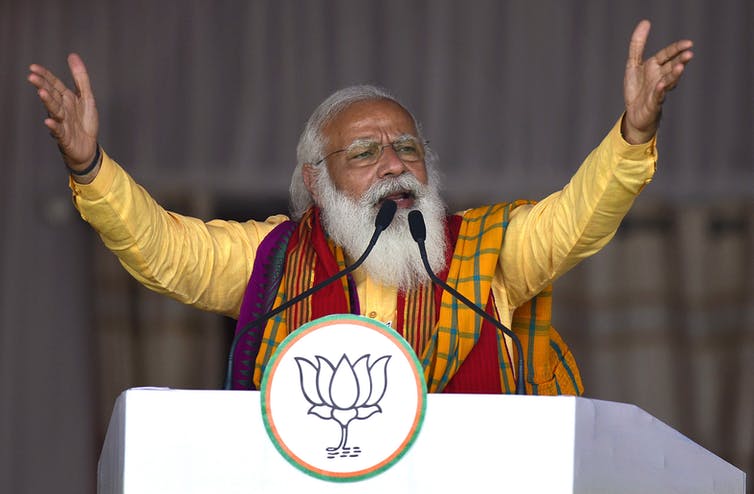 Kumbh Mela is one of the most sacred pilgrimages in Hinduism. Karma Sonam/AP 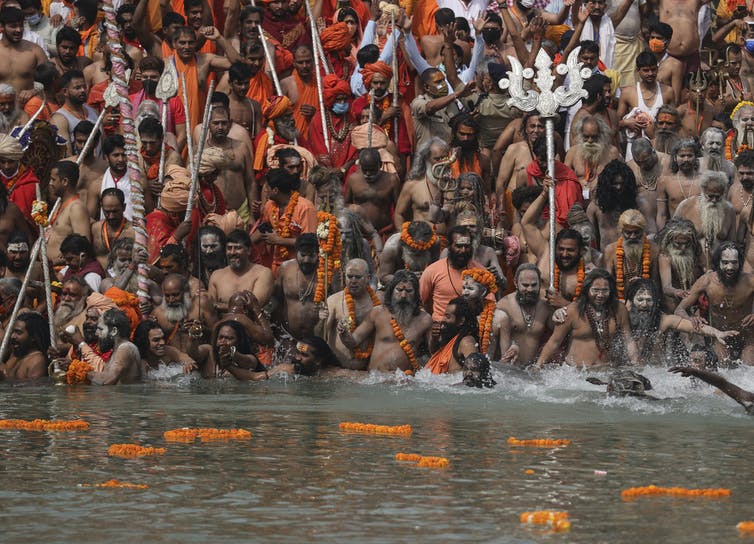 First, the government did not prepare the country for the possibility of COVID-19 returning with a vengeance, as had happened in other parts of the world.

Despite rolling out a national vaccination drive, it did very little to shore up capacity in hospitals to handle a sudden surge of infections and hospitalisations. This has led many hospitals across the country to panic, struggling to meet the growing demand for oxygen.

Second, even as the virus spread like a wildfire, Modi and his cabinet ministers kept campaigning in state elections in five states, addressing massive rallies and praising the crowds for turning out in large numbers.

A maskless Modi addressing his party’s supporters during an election rally in Assam in early April. PRANABJYOTI DEKA/EPA

This resulted in conflicting messaging. It mattered little to the government that pandemic protocols were being flagrantly violated by those organising and attending the rallies. As cases continued to soar, Modi was forced finally to call off election rallies in the state of West Bengal.

Third, the second wave of infections has been fuelled by one of the world’s largest religious festivals, the Kumbh Mela, held in the holy city of Haridwar every 12 years. It became a super-spreader event.

From April 10–14, over 2,000 people who attended the festival tested positive for the virus. By the time Modi appealed to the religious leaders in a tweet on April 17 to keep the Kumbh Mela “symbolic” — meaning not to attend in person — the festival had already been going for more than two weeks. Two prominent Hindu seers had also died of COVID.

Finally, this week, religious leaders decided to wind down the festivities.

And the fourth misstep of the government has been in its handling of the vaccine rollout. While nearly 10% of India’s population has received the first dose, many vaccine distribution centres have in recent weeks run short on supplies.

This is partly a result of the Modi government prioritising its vaccine diplomacy initiatives rather than vaccinating its own people. According to the Indian Express, India had exported more vaccines (60 million doses to 76 countries) by late March than it had administered to its own citizens (52 million doses).

As India is one of the world’s largest manufacturers of vaccines, it could have used this as an opportunity to vaccinate a greater share of its population while simultaneously addressing the fault lines within the health system that have been exposed by the second wave of infections.

But the government didn’t take this approach — and now India is paying the consequences. Perhaps the Modi magic is finally beginning to wear off.