The COVID-19 crisis in India is spiralling out of control.

There isn’t even enough space to cremate the bodies: Delhi’s crematoriums have been building basic outdoor platforms to burn the dead, with no more room indoors and ambulances queueing for hours with their cargo of bodies. They are running so low on wood that some are cutting down trees in city parks. The scenes of rows upon rows of burning pyres seem unreal, like something from a hellish dystopian film.

“If we get more bodies then we will cremate on the road. There is no more space here,” said Jitender Singh Shanty, who works at an east Delhi crematorium. “We had never thought that we would see such horrible scenes.”

On Wednesday 28th April, India suffered its worst day yet in the COVID-19 pandemic, reporting 3293 deaths, bringing the total death toll to 201,187.

A hundred years ago, with the Spanish flu pandemic, India was the worst-hit country with an estimated number of deaths between ten and twenty million. This time around, India seems set to become the worst-hit country by the coronavirus. And again, it is impossible to accurately gauge the mortality rate, since so many deaths go unreported. The hospitals are overflowing; thousands are dying with symptoms of COVID-19 before they can be tested or admitted to hospital. These deaths are not even counted. The total number is already far, far higher than 201,187.

Many people believe there is another reason why the official death toll may be a gross underestimate. The authorities are deliberately skewing the data to make the crisis appear less serious than it is. If the real figures came out, the government would look as if it had failed.

And the government has failed. There is no room for doubt.

Increasing numbers of Indians are becoming aware of this, and openly criticising the current administration. The hashtag #ResignModi was briefly blocked from Facebook on Wednesday before being reinstated; thousands have posted on social media to speak out against the government’s catastrophic handling of the pandemic.

This time, the government may not be able to silence all dissenting voices.

Crowds of people attended the Kumbh Mela festival in Haridwar 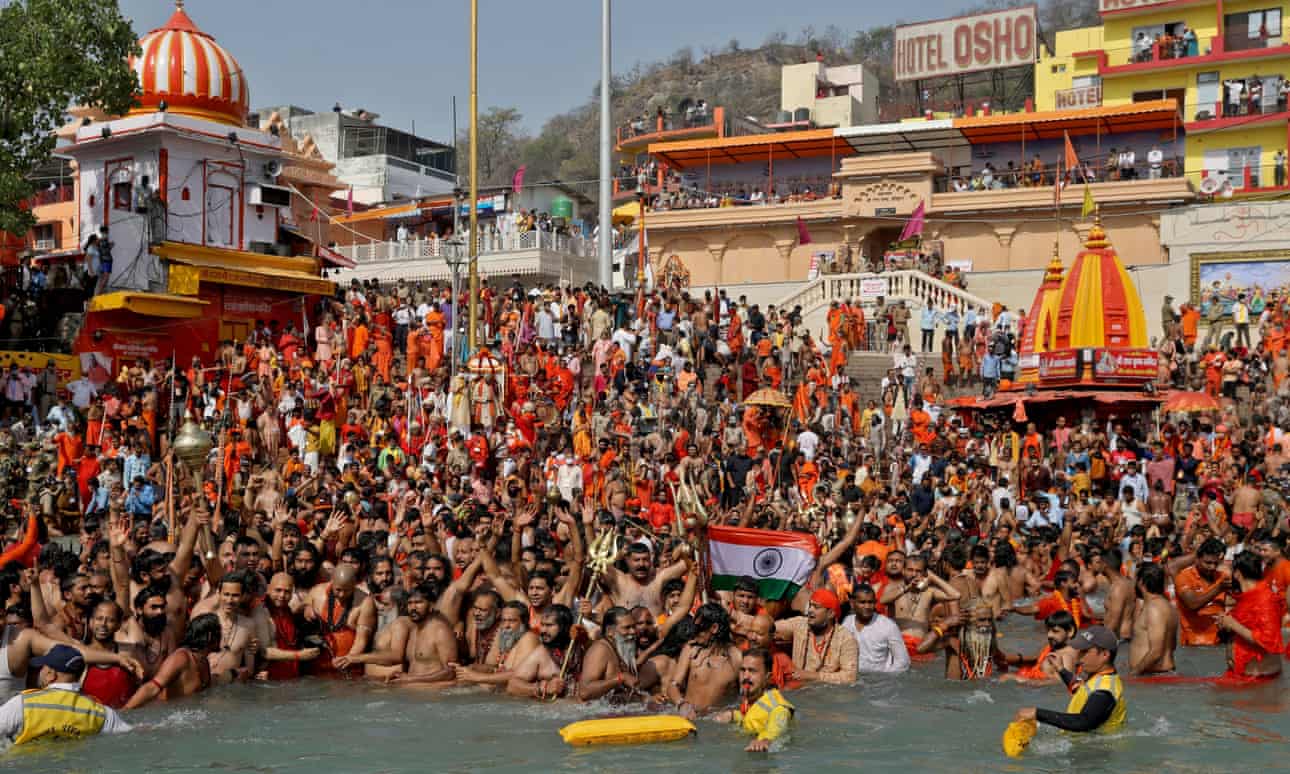 It’s insufficient to blame this tragedy on an unfortunate rise in mutations of the virus. A spokesperson from the World Health Organisation has stated that complacent behaviour was the key factor behind the deadly second wave.

“The extent to which these virus changes are responsible for the rapid increase in cases in the country remains unclear, as there are other factors such as recent large gatherings that may have contributed to the rise,” said Tarik Jašarević of the WHO.

One such gathering is the Kumbh Mela festival, which started in March and is still ongoing. Millions of devotees have gone to Haridwar to cleanse themselves in the river Ganges during the festival; pictures show the banks of the river packed with crowds, most of whom are not wearing masks. Social distancing is simply impossible. The virus ran wild: between 10th and 14th April alone, over 1600 cases were confirmed amongst devotees. The real figure is likely to be far higher, and many would have brought the virus with them on their journeys home.

The government didn’t have to allow the festival to proceed. Many disagreed with the decision to let it go ahead: "The Kumbh should have been postponed," said historian Gopal Bhardwaj. "Kumbh is meant to provide peace to the inner self. How would one find inner peace if your loved one is Covid-infected?"

In countries with a far lower infection rate than India, large gatherings are completely banned until more progress has been made in containing the virus. In the UK, for example, gatherings of more than six people are still off-limits, despite the fact that the infection rate is now very low. The Indian government’s decision to allow festivals to continue as usual opened the door wide to welcome the next wave of the virus. 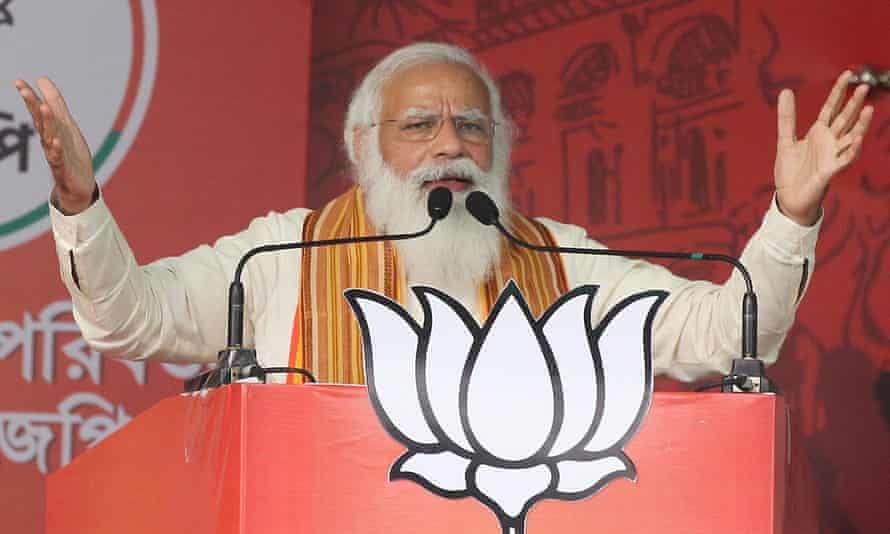 Narendra Modi has blamed the current crisis on people’s failure to physically distance. It is a desperate attempt to avoid taking responsibility for the government messaging that led people to gather in large groups – for the elections, for festivals.

As the number of cases continued to go down, in February Modi himself boasted of the crowds he would address on the election campaign trail. The message from the top was clear: the danger is over. It’s safe for things to go back to normal.

With this kind of message so strongly echoed in the media, the public should not be blamed for believing it. Responsibility lies with the authorities.

When India appeared to have escaped a second wave, it was a publicity triumph for the government – another boost to Modi’s cult of personality, as he embraced the idea that India was somehow “special”, and naturally resistant to a virus that was devastating other parts of the world. Even when that meant ignoring the science. He used the winter months as an opportunity for self-promotion rather than a chance to boost the healthcare infrastructure.

“There was this compulsion, it seemed, to look away from science, from evidence the world over and just establish that India is different,” says Abantika Ghosh, health editor of the Print.

K Srinath Reddy, president of the Public Health Foundation of India, explains why the government was prepared to brush scientific advice aside:

“The Indian economy had gone into a slump before the pandemic. It had challenges during the pandemic, and it was just beginning to show some signs of recovery. There was some sense of urgency by the people in charge of the Indian economy, as well as industry leaders, to put it back on the rails.”

It was a case of the economy before health, a system of priorities that values profit above the welfare of Indian citizens.

The burning pyres lighting up Delhi this week are the result.