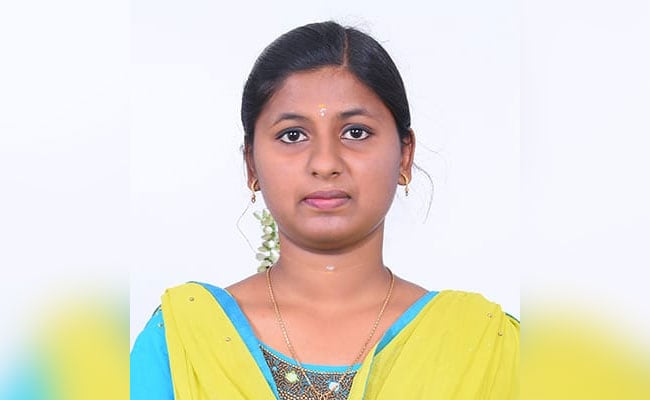 Sharukala was elected from the Venkadampatti Panchayat in Tenkasi district, Tamil Nadu.Chennai: Sharukala, 22, is among the youngest panchayat presidents in Tamil Nadu after she was elected from the Venkadampatti Panchayat, reserved for women, in the newly-constituted Tenkasi district."I am happy about this victory and I am humbled people have reposed faith in me, the youngest among the five candidates who contested," Ms Sharukala, who is pursuing her Mastersin Engineering from the Hindustan Institute of Technology in Coimbatore, said.She was elected after two-phase rural local body elections were held in Tami Nadu's nine newly-constituted districts that were created for administrative convenience and following public demand.

Ms Sharukala said she wants more and more educated young people to enter politics at the local body level. She believes that the "educated young can do more and much better than others."The young leader's father, Ravi Subramanian, a farmer, had unsuccessfully contested the panchayat elections last time. When asked if she would let him or any male member in the family take control, she replied, "No, I would function independently in consultation with the people."On whether she would want to shift to the assembly or parliament in the future, Ms Sharukala said, "I have not thought anything about that."Counting of votes for the rural local body polls in Tamil Nadu shows ruling DMK is set to sweep the elections. The DMK has won 45 of 153 district panchayat ward member seats and is leading in most of the rest. It has also won 645 of 1,421 panchayat union ward member seats and is leading in most of the rest.