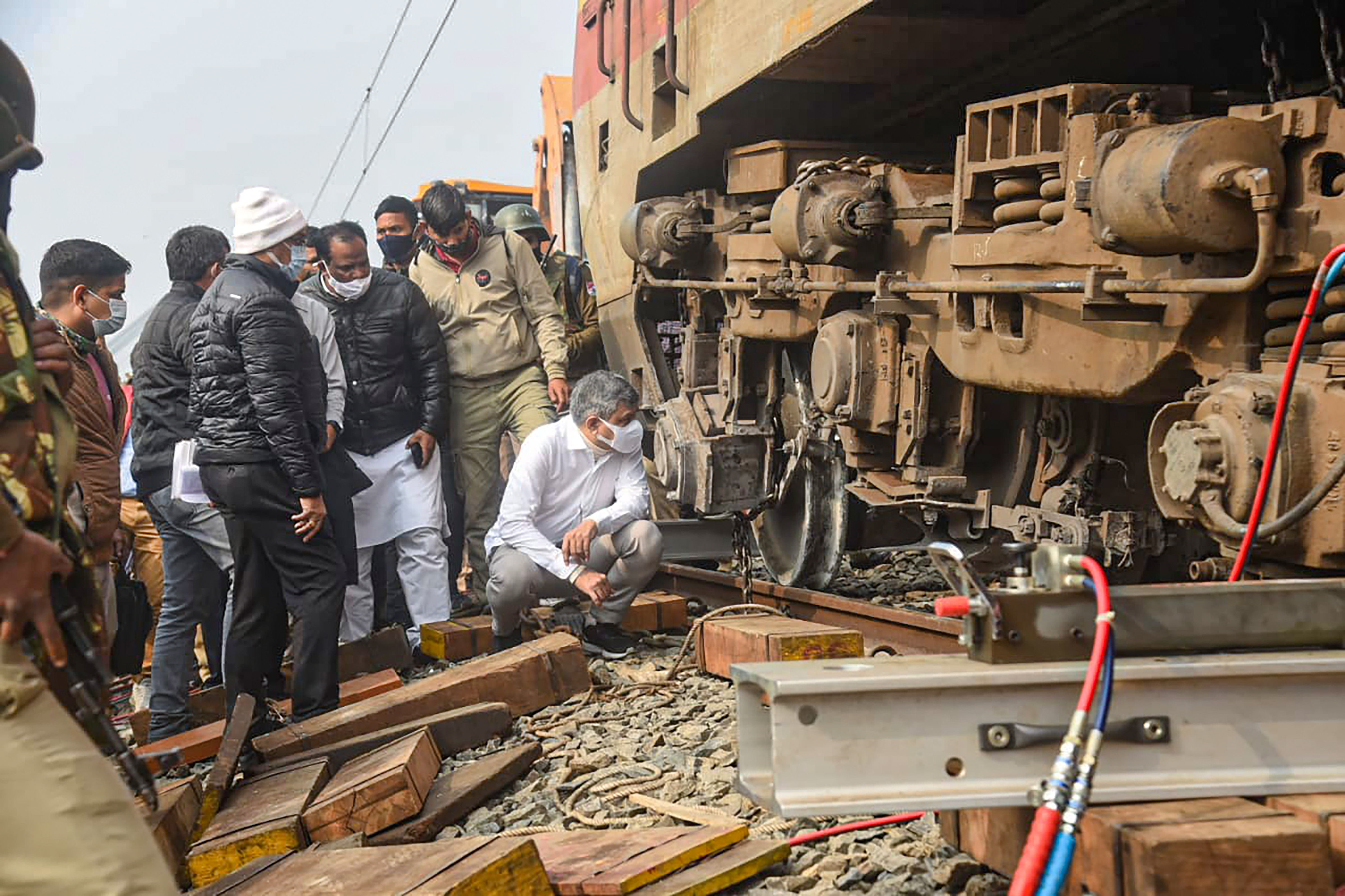 Twelve coaches of Bikaner-Guwahati Express train derailed near Maynaguri town in north Bengal yesterday.Maynaguri, West Bengal: The death count in yesterday's train accident in north Bengal has climbed to nine and 37people are in hospitals as officials said no more passengers are trapped in the derailed coaches.Six of the injured passengers are in a critical condition and have been shifted to North Bengal Medical College and Hospital in Siliguri. The others are being treated at hospitals in Jalpaiguri and Maynaguri.Twelve coaches of the Bikaner-Guwahati Express train derailed near the Maynaguri town of Bengal's Jalpaiguri district on Thursday.Railway Minister Ashwini Vaishnaw visited the spot of accident this morning and took stock of the situation. "We have carried out a detailed inspection of the tracks.

It appears a suddenfailure in equipment led to the accident. We have ordered an inquiry which will find the root cause," he told the media. He also said disbursal of compensation to the victims' families has begun."Preliminary inquiry shows there was a glitch in locomotive equipment. The Commission of Rail Safety is conducting an inquiry to find the root cause behind the accident," he said, according to news agency ANI.All survivors in the Express train, which wastravelling from Bikaner to Guwahati, were brought out of the coaches by midnight, Guneet Kaur, Chief Public Relations Officer of the North East Frontier Railway, told NDTV. She added that the tracks are now being cleared and restored.The Railway minister spoketo Prime Minister Narendra Modi soon after the incident yesterday and apprised him of the rescue operations. "We will fulfil all our duties," he has said.The Prime Minister has expressed his condolences to the affected families.Spoke to Railways Minister Shri @AshwiniVaishnaw and took stock of the situation in the wake of the train accident in West Bengal. My thoughts are with the bereaved families. May the injured recover quickly. Narendra Modi (@narendramodi) January 13, 2022The Railway minister has also announced compensation for the passengers. The families of those killed in the accident will receive Rs 5 lakh, those seriously injured will get Rs 1 lakh and Rs 25,000 will be given for minor injuries, the minister announced yesterday.The accident occurred around 5 pm. Visuals from the spot showed that a mangled coach climbed on another due to the impact and several bogies overturned.Hundreds of people from nearby villages rushed to help the victims as teams of the National Disaster Response Force joined the rescue work later.