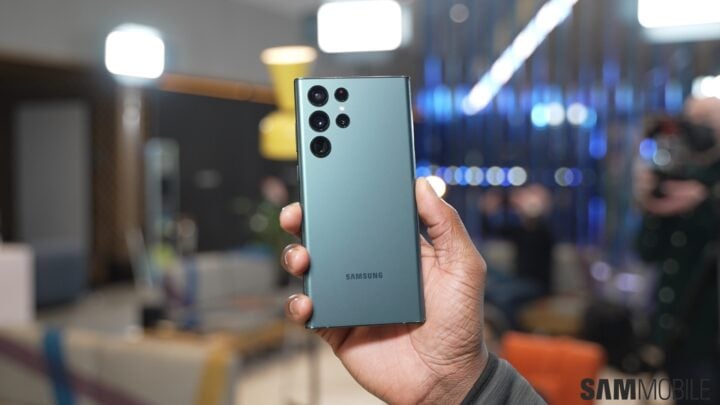 The latest flagship smartphone from Samsung, the Galaxy S22 Ultra, is the new toy for tech enthusiasts on YouTube. The device is being put through multiple tests, be it camera comparison, battery test, charging test, and whatnot. We recently witnessed the Galaxy S22 Ultraâ€™s drop test, where the phone performed well. Now, popular YouTuberÂ Zack Nelson (JerryRigEverything)Â has put the Galaxy S22 Ultra through his famous durability test. Spoiler alert! The Galaxy S22 Ultra is built like a tank, thanks to the top-notch materials like Armor Aluminum and Gorilla Glass Victus+ used to produce it. The 2022 Samsung flagship was put through multiple durability tests, including the scratch test, bend test, and display test using a lighter. Notably, the video points out that the Galaxy S22 Ultra doesnâ€™t come with a factory-installed screen protector (like really, Samsung?). In the scratch test, although the phone comes with the latest Gorilla Glass Victus+, the device starts picking up scratches at level 6 with deeper grooves appearing at level 7. This is pretty common for all modern-day flagships. So there was nothing exciting here. Talking about the USP of the Samsung Galaxy S22 Ultra, the S-Pen, Zack went ahead and snapped it into two parts. It was found that this yearâ€™s S-Pen construction is similar to the previous versions of the S-Pen. There is a huge amount of glue used to keep the moisture out of the S-Pen. It is built with water resistance in mind. Moreover, the S Pen has aÂ rechargeable capacitor for the S Penâ€™s Bluetooth features. Coming to the scratch test, thanks to the matte glass finish and the protection of the Gorilla Glass Victus+, the sharp razor blade of Zack failed to leave a mark on it. The same is the case with the camera lenses. In the display test, when the deviceâ€™s screen was put in front of a lighter, it performed well. However, the long exposure to fire left a permanent white spot on the screen. The ultrasonic fingerprint scanner worked like a charm, even after the detection area was scratched. Finally, in the bend test, the Galaxy S22 Ultra showed no sign of strain and survived the test with flying colors. Join SamMobileâ€™s Telegram group and subscribe to our YouTube channel to get instant news updates and in-depth reviews of Samsung devices. You can also subscribe to get updates from us on Google News and follow us on Twitter.