Tests, re-tests, more tests: Tokyo 2020, an Olympics like no other - The Indian Express 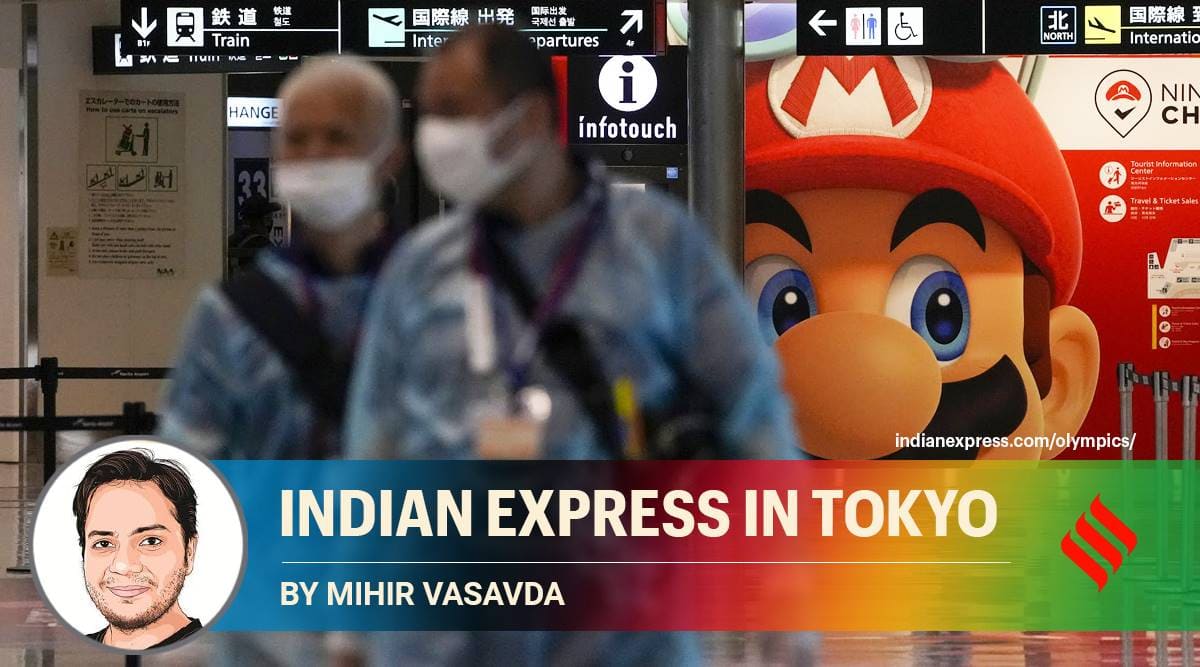 HISTORICALLY, the rings represent the plurality of the Olympics movement. But for the thousands who have descended upon this futuristic city, the five Olympic rings have ended up being a metaphor for all the hurdles theyve had to hop and jump through simply to reach Tokyo.This was all too evident at a football-field-sized waiting hall inside the Haneda Airport on Wednesday. People from hundreds of nationalities athletes and coaches, umpires and broadcasters were herded into this vast space, where they waited nervously for their Covid-19 reports.The anxiety levels were high since it had emerged that two athletes a Dutch surfboarder and a Chilean taekwondo player had tested positive at the citys other airport in Narita. Heart-breakingly, their Olympics was over even before it began.For those inside the waiting hall at Haneda, this was a make-or-break moment a positive result, and they would perhaps be watching the Games from the Japanese governments quarantine facility; a negative test would bring momentary relief before the cheery volunteers lead them to the next challenge.

And there have been many. The pandemic means the Olympics will be unlike any other. On Wednesday, two days before the opening ceremony, Tokyo reported 1,832 new Covid-19 cases.Our Olympic reporter @mihirsv lands in #Tokyo. He captures the palpable tension at the airport fears of athletes & journalists about #Covid tests. Some make it, others dont. The tournament is yet to start but reaching here feels like a podium finish. #Tokyo2020pic.twitter.com/fWhwJu9EJ5 Express Sports (@IExpressSports) July 21, 2021As athletes from across the world start to gather and the polite volunteers welcome everyone with a huge grin, the grim situation on the ground is inescapable. The streets are busy, but not in a typical Olympic manner apart from the flags signaling priority lanes on Games vehicles, theres hardly any sign or suggestion that the biggest sporting event in the world will get underway in less than 48 hours.At least 67 cases related to Olympic delegates have been detected since July 1, which has put the organisers under further pressure after they hinted on Tuesday that a last-minute cancellation of the Games was still a possibility.But despite all the uncertainty, Tokyo 2020 remains a reality, even if it means further tightening the already-strict restrictions. The bubble might be the most used term in sports since the pandemic hit last year, but nowhere has it been enforced to the extent that it will be over the next fortnight here.The journey, for many here, began months before actually boarding the flight. The organisers, at the start of the year, announced a whole bunch of rules, written in cold bureaucratic language. Tokyo 2020 Olympics and Paralympics signs are displayed at the international arrival lobby. (AP Photo)Sample this: one had to download four mobile apps, register on five extranets, fill half-a-dozen excel sheets and read as many PowerPoint slides, take Covid-19 tests daily for seven days before departure only at centres approved by the Japanese government, agree to get tested every day after arrival and finish tons of paperwork.This was just to board the flight to Tokyo, which in itself was heavily monitored. According to airline officials, Tokyo-bound commercial flights were allowed to board only 40 passengers per journey for safety reasons and the travel plans had to be informed to the organisers in advance it was impossible to simply hop on to a flight and land in Tokyo.But at least there were flight options athletes from Fiji had to travel to Tokyo on a cargo plane that usually carries frozen fish because they had no other options available.Right from the moment of landing in Tokyo, it was almost like being transported into a parallel universe separated immediately from normal travellers, whisked from one room to another for Covid-19 tests, document inspections and a whole lot of paperwork. If lucky, the procedure was over in about three hours.For 14 days after arrival, movements of everyone, including athletes, will be tracked via GPS to make sure they dont go anywhere they arent supposed to. Security officials have been stationed at the entry/ exit points of hotels, and the public have been told to take pictures of violators and post them on social media.Athletes and coaches have stressed that the focus will shift from these issues to the actual Games the moment the Olympic cauldron is lit on Friday. But that wont change one reality: for thousands, reaching Tokyo has been like an Olympic sport in itself.