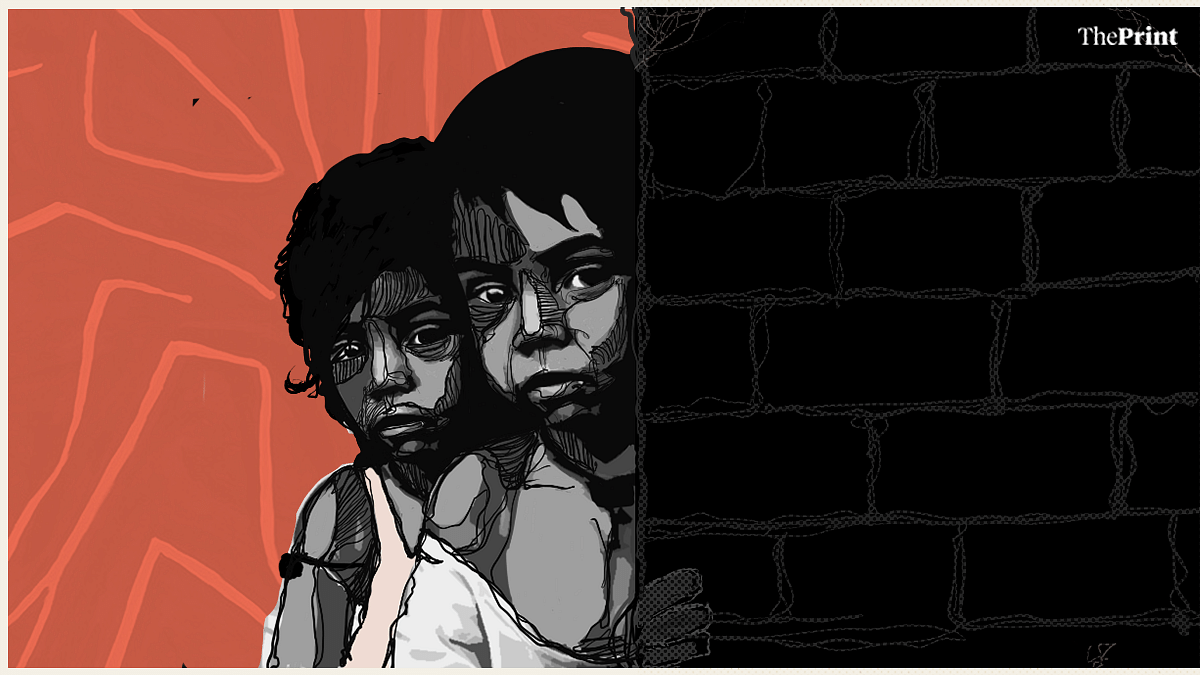 New Delhi: More than 1.1 lakh children in India have lost a parent to the Covid-19 pandemic, according to a new study in The Lancet.The study, published Wednesday, estimated that around 15 lakh children across the globe lost a parent or guardian to Covid-19. In India, as many as 1,86,972 children lost at least one parent, relative or guardian living with them since the pandemic began in the country.Of these, an estimated 1,16,263 children lost their father, mother or both. The rest either lost a grandparent or an elderly relative who may have been a primary or a secondary caregiver.During the peak of the aggressive second wave, in April 2021, researchersestimated an 8.

5-fold increase in the numbers of children newly orphaned in India compared to March 2021.According to the study, while 5,091 children were orphaned in March 2021, a month later this figure rose to a staggering 43,139.The study which was conducted by researchers from the US Centers for Disease Control and Prevention, Imperial College in London, World Health Organization, Oxford University among others further noted that over 10 lakh children experienced the death of one or both parents during the first 14 months of the pandemicAnother 5 lakh, meanwhile, experienced the death of a grandparent or caregiver living in their home.The researchers warned that these children are also at increased risk of disease, physical abuse, sexual violence and adolescent pregnancy.For every two COVID-19 deaths worldwide, one child is left behind to face the death of a parent or caregiver, said Susan Hillis, from the CDCs Covid-19 response team, one of the lead authors on the study.By April 30, 2021, these 1.5 million children had become the tragic overlooked consequence of the 3 million COVID-19 deaths worldwide, and this number will only increase as the pandemic progresses, Hillis said in a statement.Furthermore, as older adults are the most vulnerable to the virus, many children living in multigenerational families will have experienced the death of a grandparent.There have been no global figures estimating how many children have lost a caregiver during the Covid-19 pandemic before this, according to the researchers.The team developed mathematical models using the available data in an attempt to estimate the magnitude of the impact of the pandemic on children.Also read:Upto 49 lakh excess deaths likely so far during pandemic in India, US study claimsHow study was conductedThe estimates are based on mortality data of the 21 countries that account for 77 per cent of the global deaths due to Covid. This included deaths officially reported between 1 March 2020 and 30 April 2021 as well as the number of excess deaths estimated in the same period.The death rates were linked to fertility data for males and females from the 21 countries to estimate the number of children who lost a parent due to Covid-19.The researchers extended their analysis to include deaths of grandparents or other older adults aged 60 to 84 years who were living in the same household as the children and used the United Nations Population Divisions statistics on household composition for thisThe findings suggested that at least 11,34,000 children lost their mother, father or custodial grandparents, as a consequence of Covid-19 across the world.Of these, an estimated 10,42,000 lost their mother or father or both. Overall, 15,62,000 children are estimated to have lost either a primary or a secondary caregiver.Countries with the highest rates of children losing their primary caregiver included Peru, South Africa, Mexico, Brazil and Colombia.The researchers also noted that these figures are likely underestimated because figures for several countries included in the study were based on Covid-19 mortality only and excess death data were unavailable.Many countries also do not have robust reporting systems for deaths or fertility.(Edited by Rachel John)Also read:Rich outlive poor by 7.5 years, upper caste women live 15 years more than Dalits: Oxfam reportSubscribe to our channels on YouTube & TelegramWhy news media is in crisis & How you can fix itIndia needs free, fair, non-hyphenated and questioning journalism even more as it faces multiple crises.But the news media is in a crisis of its own. There have been brutal layoffs and pay-cuts. The best of journalism is shrinking, yielding to crude prime-time spectacle.ThePrint has the finest young reporters, columnists and editors working for it. Sustaining journalism of this quality needs smart and thinking people like you to pay for it. Whether you live in India or overseas, you can do it here.Support Our Journalism